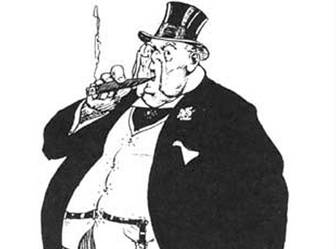 A recent study on tax evasion and inequality carried out by a group of Scandinavian economic researchers reveals just how big a part of the upper 0.01%’s fortunes is hidden in foreign bank accounts. On this basis, the study finds that inequality is probably far higher than originally assumed. This clearly shows how the capitalist system has reached a dead end. These contradictions can only be solved through socialist revolution.

The 40-page paper (found here) provides a detailed account of how leaked information from HSBC Switzerland (Swiss leaks) and Mossack Fonseca (Panama Papers) correlate with individual tax data from Norway, Sweden and Denmark, and comed to the conclusion that the vast majority of illegal tax evasion schemes are committed by the richest in society.

This may not come as a surprise to those who are familiar with the many injustices carried out by the capitalist class, but what the data does reveal is that our society may be suffering from an even higher level of inequality than previously suspected. An Oxfam report published in January revealed that the eight richest people on the planet are as wealthy as the poorest 50 percent of the world population. But this (as absurd as it may seem) may actually be an underestimation. If the hidden wealth of the rich is severely underestimated (or even entirely ignored) when calculating wealth inequality, the result of the calculations relating to inequality will be an underestimate as well. Inequality may therefore be growing far faster than previously believed to be the case.

“[Here] we assume that Scandinavian countries hide as much wealth offshore as other countries, relatively to the size of their economy (i.e. 3.7% of their wealth).  If that is true, then offshore tax evasion rises to close to 60% of taxes owed for the top 0.01%.  All of these figures understate true tax evasion at the top because they only include tax evasion on wealth and capital income (dividends, interest, capital gains); they do not take into account any tax evasion that might have occurred on the principal (e.g., unreported black market activity).”

From this it is clear just how widespread tax evasion has become with the growing ease of moving financial assets across borders. This is yet another example of the hypocrisy of the capitalist class and its state, which viciously attacks and sanctions any poor or working class person who might break the law to get a bit of economic relief, while they themselves are involved in the most blatant tax evasion and economic fraud.

But, it should come as no surprise that the capitalist class will use every available trick in the book to maximize its profits and maintain its privileges. The laws of capitalism dictate that in whichever way possible, the capitalists will attempt to increase their profits at the expense of the working class, be it by by extending the working day for the workers, increasing the tempo of work or by hiding profits created through the exploitation of the working class in foreign bank accounts.

The study presents an opportunistic solution to the problem of tax evasion arguing that amnesty programs should be put into place allowing national tax agencies to understand the mechanisms of tax evasion more fully, providing the knowledge to enforce various laws and legislations against the phenomenon. This however, while probably providing a more detailed overview of how tax evasion functions on a technical level, cannot solve the problem itself. The inner contradictions of capitalism will continue to exist and the capitalists’ need to maximize profits and defend their privileges will live on.

The mistake here is to see the state and the capitalist class as two opposing forces, portraying one as a money hungry bandit and the other as a neutral entity fighting for justice and equality. From a Marxist perspective the state is a tool for the rule of one class over others. In a capitalist society, the state is tied by a million threads to the capitalist class. And while the myth that the states of Scandinavian and northern European countries govern in the interest of the working class and strive for greater equality, it has been shown many times over not to be the case.

Take as an example the former Icelandic Prime Minister Sigmundur Davíð Gunnlaugsson. Promising economic transparency following the collapse of three Icelandic banks during the crisis of 2008 (which allowed him to win the 2009 election), it was later revealed (in the Panama Paper leaks) that his family held bonds worth millions of dollars in those exact same banks, through a shell company in the British Virgin Islands, completely undisclosed to any part of the public. And this is not a one off case, far from it. A Danish senior researcher from the Department of Applied Maths and Computer Science at the Technical University of Denmark revealed that the most referenced group of people in the Panama Paper leaks were politicians, not lawyers, CEOs or entrepreneurs, but representatives of all the world’s capitalist states.

The paper reveals the massive contradictions within capitalism, and gives a glimpse into just how extremely unequal today’s society is. These problems cannot be addressed without adopting radical measures that need to be taken against a system that has gone far past its expiration date. As long as the capitalist class holds economic and state power in its hands, no reforms will reduce inequality and poverty. What is needed, is a revolutionary socialist transformation of society taking the immense wealth out of the hands of the 1% and placing it under a rational and democratic plan of production. The system is rotten to the core and needs to be replaced with a socialist system for the benefit of all and not for a tiny minority of parasites.