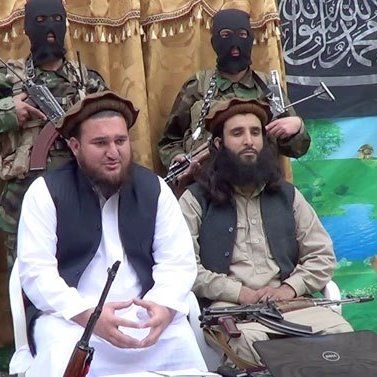 It is rather surprising that the ‘Taliban’ didn’t include Shahbaz Sharif or Rana Sanaullah, along with Imran Khan in the list that would represent them in the ‘peace talks’ with the government. Although Imran Khan appreciated the gesture he could not go ahead to bat for the ‘Taliban’. He was well aware of the futility of these peace talks, in a situation where the present state, the system and the political entities are in a deep crisis.

Imran’s inclusion in the Taliban’s committee was an embarrassment for his liberal petit bourgeois supporters and it tarnished his image as a moderniser. One outcome of this has been the clearing of all the fog surrounding Imran. He now stands exposed in front of the masses who can now see how he has been politically and ideologically groomed by the Islamic bigots, mainly from the Jamaat a Islami.

The much-hyped talks with the Taliban have begun in the full glare of numerous TV shows, as if a miracle was about to occur. The governmental committee has come out claiming that the ‘talks’ would be held within the framework of the constitution, while the representatives of the Taliban has demanded, as a precondition, that the talks  will be unconditional. In reality the committees themselves are merely a façade. The members of both the so-called committees are from the religious right and ideologically they all belong to tendencies which have never got more than 5% of the votes - even in the state manipulated election results. In reality what is taking place is, that representatives of a reactionary minority of the ruling are talking amongst themselves. They all agree with the implementation of the sharia, the only difference is the interpretation and the version of it. And there are so many.

The Jamaat e Islami, JUI, and other mainstream religious parties have proclaimed the sharia is in accordance constitution and are demanding its full implementation. But other more hard-core factions are echoing the Taliban’s much harsher version to be implemented, with enthronement of Mullah Omer as Amir Al Momineen and Mullah Fazalullah as Khalifa of the new Islamic Emirate of Pakistan. As this petty squabbling goes on in the luxurious palaces of the state, the vicious campaign of terrorist attacks by the ‘Taliban’ goes on unabated, killing and maiming the innocent ordinary people of this land. This in itself is proof of the spuriousness and deceptive nature of these peace talks.

This farcical exercise is even acknowledged by the serious strategists of imperialism and capitalism. In its latest issue The Economist wrote with a cynical scorn, “Pakistan suffers such relentless violence that any peace effort may seem worth a try…Nominees on both sides lack authority. The Taliban put forward rigid religious types yet none of them was a TTP member… Just possibly negotiations could start, though it remains unclear over what… But Pakistan’s chronic failing is precisely the state’s weak writ. Ceding more space to extremists would invite more violence not less… If talks go ahead, a breakdown remains a more likely conclusion that a break through”. In spite of their duplicitous statements, most participants in these talks are fully aware of their futility. Abusing this free airtime these right wing fundamentalists are putting forward their own obscurantist agenda’s and building their political and personal clouts. Some of these ‘negotiators’ are accused of heinous crimes against women. For example, the Mullah of Lal mosque, who was a protégé of the vicious dictator Zia ul Haq, has been instigating brutal violence and terror in Islamabad by organising women vigilante brigades who enforce their Sharia through pogroms against women. The huge arsenal of arms, which was found in the Lal mosque, spoke volumes about the intent and the extreme reactionary mind set of this creed of despotic clergy. By trying to decide the lifestyle of society and imposing draconian laws on the personal and private life of individuals, these reactionaries are attempting to push back society to pre-medieval times of ignorance and barbarity.

The continuing terrorist attacks during the talks has shattered the fabricated myth, promoted by the state agencies and political elite, that the Taliban form a united, centralised and organised whole. These terrorist outfits, warlords and the fundamentalist sects continually split, change loyalties and become friends and adversaries. All this is taking place in pursuit of criminal activities and the billions of dollars in the black economy, which is now twice the size of the formal economy. These groups also have links with different international and regional imperialist powers that finance, buy and use them for their own vested interests. In a recent TV interview one of Pakistan’s most shrewd politicians, the religious scholar Maulana Fazal ur Rehman, spilled the beans when he said that, “the key to the fate of these talks lies in the GHQ”, headquarters of the Pakistan army. He also asserted that he thought that preparations are being made for a major operation by sections of the military’s top brass.

The US imperialists manufactured the dollar jihad in the late 1970s. It was CIA’s biggest covert operation ever. The intelligence agencies of Pakistan and Saudi Arabia recruited religious fanatics and gave logistical support to their this counterrevolutionary insurgency against Afghanistan’s Saur revolution of 1978. Heroin production and criminal networks were setup to finance this jihad. This created a parallel economy, which has grown at a rate a 9% per year. Around this massive black economy these Islamic outfits have developed vested interests that come into conflict more than often. This rogue economy has created rogue warlords and fanatic vigilantes that are now being termed Taliban.

Such is the complexity of this destructive conflict that it can no longer be controlled by the mentors of the fundamentalist groupings. It is next to impossible, by the state and the present system, to tame or unite these Frankenstein monsters. Neither is capitalism in any position to develop these areas, industrialise them and create jobs for the youth. So if these Taliban’s access to easy earnings through terrorist activities ceases how will they survive? The bosses of the groups use their power to blackmail, extort and indulge in crime with huge turnovers. Without the elimination of the economic infrastructure of jihad or terrorism it is only a deception and a delusion to end this conflagration through ‘peace talks’ or for that matter by a military operation. Pakistan’s existence depends on this economic cycle set in motion by black money and corruption. How can a state, which is itself deeply entangled in this orgy of blood and money ever eradicate it?