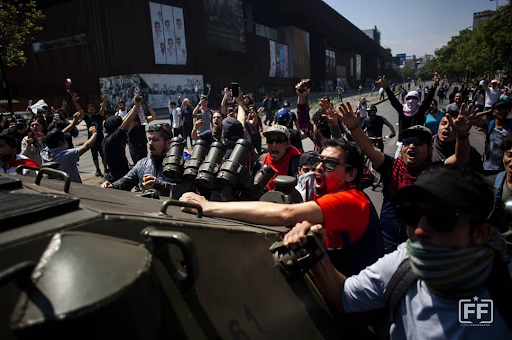 The following is a translation of an article we received about the current insurrectional movement in Chile, which began with youth-led protests against a hike in public transport fares. From a widespread campaign of fare dodging, a mass movement has developed against the government, which was responded with brutal repression.

The following is a letter, sent to us by a comrade of the International Marxist Tendency, who is visiting Beirut and is an eyewitness to the revolutionary events unfolding in Lebanon.
Workers' Struggles Featured Lebanon

Yesterday's general strike marked a qualitative leap in the political situation in Catalonia. For the past four days, mass peaceful demonstrations for the release of the political prisoners have been brutally attacked by...
Featured Catalonia