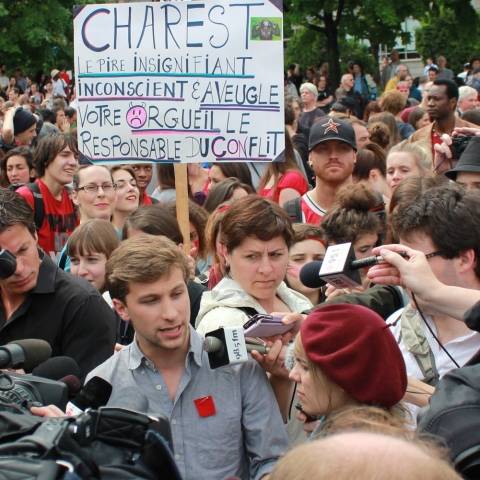 The moment that everyone was waiting for has finally arrived: On Thursday, March 9th, Gabriel-Nadeau Dubois, the celebrated student leader from 2012, announced that he will be joining Quebec solidaire. He will be the candidate for the party in the riding of Gouin and also desires to become the male spokesperson for the party. He said he wants to get rid of the "political class" that has governed for 30 years and has "betrayed Quebec".

After 43 days of striking at the world's largest copper mine, Minera Escondida in Chile, the workers have decided to return to work by accepting an extension of the current contract. This means the workers maintain all the...
Trade Unions Workers' Struggles Chile

In this video from the LSEsu Marxist Society, Jorge Martin - editor of the Marxist magazine America Socialista and secretary of the Hands Off Venezuela campaign - discusses the political developments in Latin America over the...
Video Latin American Revolution