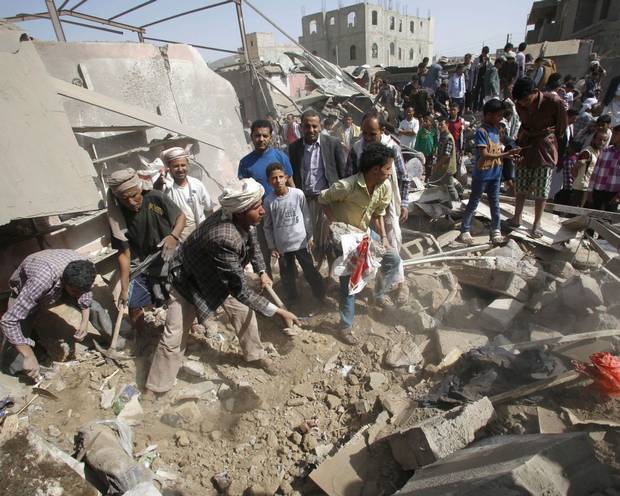 Yesterday a massacre took place in the district of Suruç in southern Turkey. A massive blast ripped through a meeting of the Federation of Socialist Youth Associations (SGDF) gathered at the Amara Culture Centre. It is reported that at least 300 of the federation's members were gathered at the time of the explosion, and initial numbers indicate a death toll of at least 30 people, in addition to around a hundred wounded. These numbers could rise in the coming days.

Suruç is a Kurdish district in the southern part of Turkey, only a few miles away from the border town of Kobane in the North of Syria. It is governed by the leftist HDP party which has consistently been backing the struggle of the Kurds in Syria and opposed the support of the Turkish for Islamist groups there.

This small town, with a largely Kurdish population, has played an important role in supporting both the fighters and civilians of Kobane in their struggle against ISIS. Youths from both Kurd and Turk backgrounds had been meeting to draw travel plans to Kobane to help rebuilding the town when they were targeted by what is believed to have been a suicide bomber belonging to ISIS. It is not very hard to imagine why ISIS or one of its affiliates or sympathizers would have wanted to take revenge and terrorize this peaceful town and its courageous youths. For the past 6 months the Kurdish forces in the north of Syria has been making important gains against ISIS, taking away important towns and border crossings as well as closing in on its de facto capital, Raqqa.

Turkish officials have condemned the attack and promised to combat terrorism. They claim that ISIS is taking revenge on the Turkish government for having stepped up its anti-ISIS efforts in the recent weeks. This claim is however quite hollow as the Turkish government itself has been deeply opposed to the Kurdish gains against ISIS in Syria. For the past two years they have left ISIS supply lines open while blocking for the flow of Kurdish fighters into Syria. They have been particularly opposed to the Syrian-Kurdish Democratic Union Party, which along with its armed wing, the People's Protection Units have set up highly democratic structures and built a people’s militia in the northern part of Syria. After the seizing of the important border town of Tall  Abyad from ISIS, the Erdogan government immediately started preparations for an incursion into Syria to set up a “buffer zone”. In reality this was meant to be an attack on the Kurdish movement in Syria which he fears would empower Kurds in Turkey. In the week after the Tall Abyad battle, ISIS staged an extremely deadly attack on the town of Kobane. However, the attack was partially staged from inside Turkey, again showing the role of the Erdogan government, which has been to openly support Jihadist and extremist groups in general, while covertly tolerating and even backing ISIS in particular.

HDP Co-President Selahattin Demirtaş said that the attack could not be organized without the support of the Turkish state. Demirtaş said that the transitional government was directly responsible for the attack, and AKP had to prove and clarify whether it was with or against ISIS. He also noted that intelligence activities were intensive in Suruç and that the state recorded the identity of everyone who traveled to and from Suruç. The particular convoy which was attacked, in fact, was not permitted to enter Suruç recently. He also said that in the light of the extent of state surveillance in the town nobody could argue that one person managed to infiltrate into the crowd and carry out the suicide attack without state support.

Whatever the concrete circumstances, it is beyond question that, the attack yesterday is a direct result of Erdogan’s imperialist aspirations. It also is equally a crime of the reactionary arab monarchs as it is of the shameful leaders of western imperialism; all of the whom have been backers of Islamic fundamentalism and reaction in one way or another.

We would like to extend its deepest condolences to the families, friends, and comrades of the fallen victims. We would also like to extend our wholehearted support to the socialist youths in dealing with this tragedy. It is only with a most serious and determined struggle that the socialist youths of Turkey, and those of the world, can prevent such tragedies from happening again. The only way forward available to us is to overthrow the rotten and reactionary Erdogan regime which has repeatedly violated and attacked the rights of workers and youth and which along with US imperialism has torn the middle east to bloody pieces. But both the Erdogan regime and world imperialism are a rotted in, and are a product of the world capitalist system. It has become an urgency to work towards overthrowing capitalism in Turkey, the middle east, and internationally

Down with Islamic fundamentalism!

Down with the Erdogan regime!

Down with with imperialism!

Down with capitalism, for a socialist federation of the middle east and beyond!