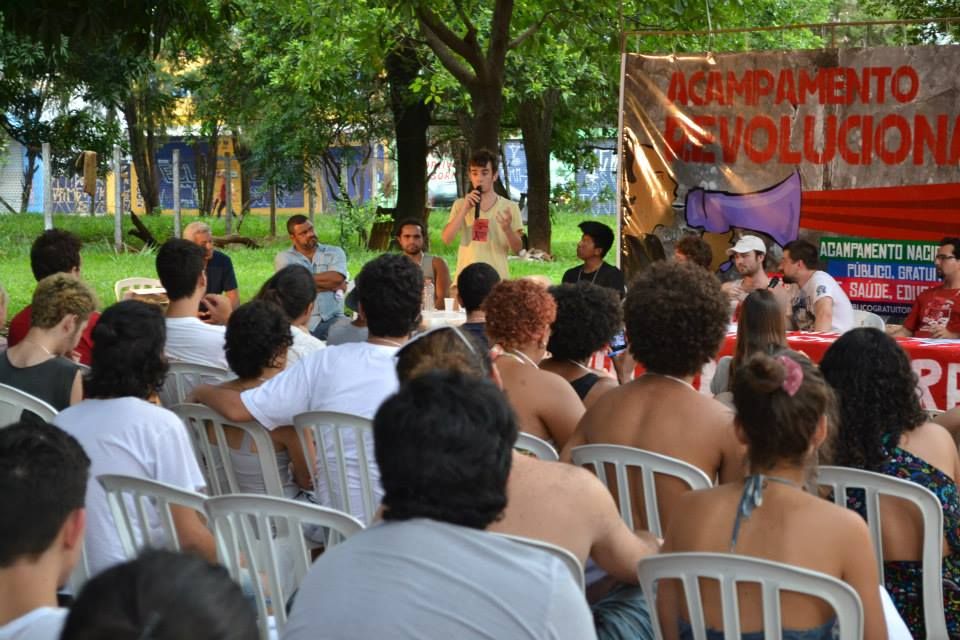 200 youth participated from across Brazil in revolutionary summer camp organised by the Brazilian Marxists of Esquerda Marxista.

In the wake of the mass demonstrations that swept Brazil in 2013, a campaign called Publico, Gratuito e Para Todos: Transporte, Saude, Educacao! Abaixo a Repressao! (Public, Free and For All: Transport, Health and Education! Down with Repression!) was founded by Esquerda Marxista (Marxist Left), the Brazilian section of the International Marxist Tendency. From 15 to 18 January the campaign held its first revolutionary camp in the occupied Flasko factory just outside Sao Paulo. 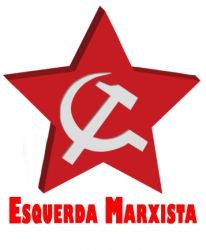 Two hundred people attended the camp from all over Brazil, an impressive feat given the size of the country. International visitors were also present and included a student from Mexico, the coordinator of the Marxist Student Federation in Britain, the national organiser of Sempre in Lotta in Italy and comrades from Argentina and Colombia. The camp was made up mostly of young people, from age fifteen upwards, but also included older workers.

The camp was hosted by the workers at the Flasko factory, which has been under democratic workers' control since 2002. This was an inspirational setting in which to be discussing class struggle, socialism and revolution. The workers organised tours of the factory and explained how they manage the factory democratically and efficiently. So efficiently in fact that since 2002 working hours have been reduced from 45 per week to 30 per week without any decrease in pay or productivity. Pay at Flasko is one of the highest in the country for factory workers. 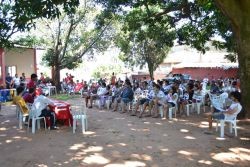 The discussions during the four days were wide ranging and dealt with the issues facing young revolutionaries in Brazil and abroad. Reports were given by the international visitors about the political situation in their countries, with particular attention being paid to Mexico given the recent upsurge in student and class struggle there. 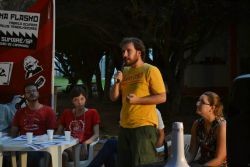 The comrades debated the campaign's attitude towards drugs, the struggle against racism, and the fight against police repression. An excellent discussion centred on the question of 'reformism or revolution?' with workers and students alike advocating fundamental change to society, not being satisfied with mere piecemeal reform. Comrades from various areas of Brazil reported on the work the campaign's committees are doing across the country and a special session was set aside for a discussion on gender and sexism. At the end of the camp it was resolved to draw up a document setting out the conclusions from the discussions as a guide for the future work of the campaign. 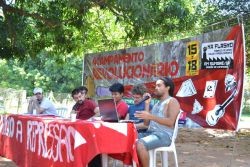 What was particularly striking throughout all the discussions was the confidence with which all the comrades spoke about the issues facing them and what needed to be done. Many school and university age revolutionaries spoke with great enthusiasm about their struggles against racism and police repression and for free and decent public services. These comrades, some as young as fifteen, have a fearless attitude and are ready to fight all the way for a better world.

And this is no easy task in Brazil, where police repression is on a scale far more extreme than in Britain. These youngsters spoke about being gassed and beaten on demonstrations as well as facing surveillance and arbitrary arrest. The spirit of sacrifice is very strong among the revolutionary Brazilian youth. 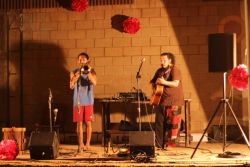 As one would expect in Brazil, the comrades know how to throw a party. Each evening showcased a different form of entertainment, from live music to political theatre to poetry. Many of the performers were attendees at the camp and had brought their own instruments and written their own revolutionary poems.

The feeling of camaraderie made a great impression on many of those present. By the time we were leaving many comrades were disappointed to be going so soon, but all were departing with friendships, solidarity and renewed resolve to build the campaign so that an even bigger and better camp can be arranged next year.

Much like the Marxist Student Federation in Britain, this campaign has great potential because it reflects the aspirations of the masses. Although small at the moment, it is guided by Marxist ideas and, crucially, has the determination and enthusiasm of young people at its core. We hope that the Marxist Student Federation and this campaign can collaborate much more in the future as we both have a lot to learn from each other.

A fuller report of the political situation in Brazil and the work of this campaign will be given at the Marxist Student Federation conference on 14 February, so come along to discuss what we can do in practice to build solidarity with our comrades in Brazil.