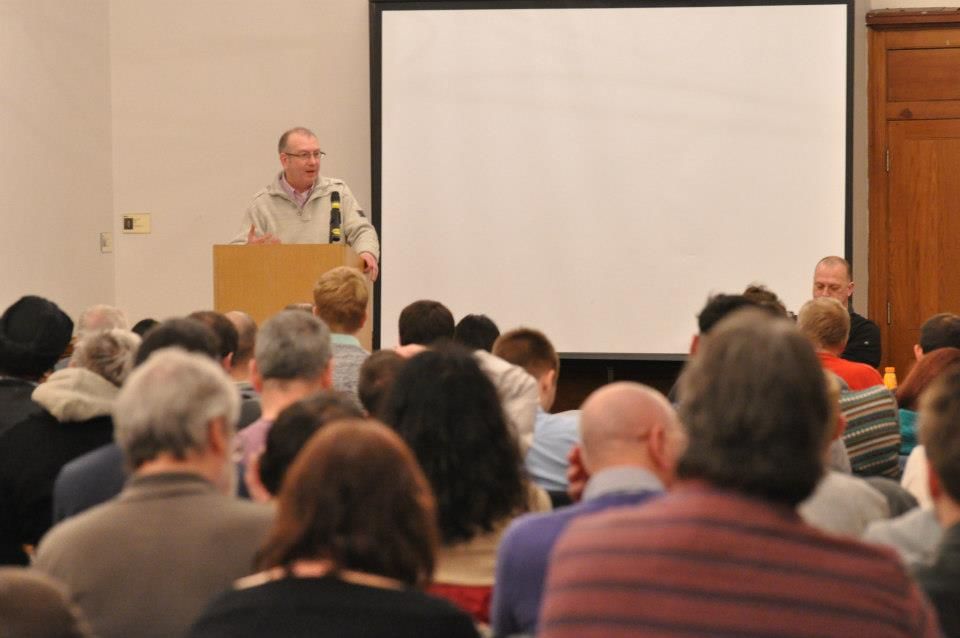 There was a record participation of 110 attendees at Socialist Appeal sellers’ annual conference over the weekend of 6th and 7th April. The increased quantity was also expressed in a higher quality than ever before. Never has Marxism been as relevant and potentially powerfully as today, and never before have the ranks of the Marxists been as confident and optimistic. 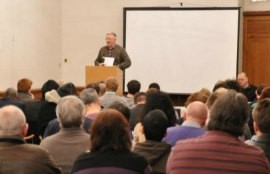 Introducing the conference before the main proceedings, the chair brought in Gary Wareing, Gill Kennet, Dean Kirk, the three Labour councillors in Hull who have voted against the cuts. The three councillors addressed the conference with fraternal greetings and thanked Socialist Appeal supporters for the moral support and political guidance. Gary spoke about how pleased he was to be attending and participating in this conference, and about the need to go back to Hull to build locally. Gill and Dean echoed Gary's words, and mentioned the need to fight for the interests of the working class.

The conference began, correctly, with a discussion on world perspectives rather than British perspectives. As Marxists we understand that the world economy is a single, indivisible whole, “not a sum of national parts but as a mighty and independent reality which has been created by the international division of labour and the world market, and which in our epoch imperiously dominates the national markets” (Trotsky).

Alan Woods - editor of www.marxist.com - led off in this session, which focused on the European crisis as the sharp end of the world capitalist crisis. The discussion was given renewed significance in the wake of the Cyprus debacle, and developments in Portugal were also discussed. Instability predominates at all levels, including now ‘BRICs’ countries. The situation in Venezuela was also discussed, and the special crisis of reformism as displayed by President Hollande’s plummeting popularity and impotence was analysed.

With this backdrop, we moved onto the main discussion of the weekend - British perspectives. Rob Sewell led off the discussion, which highlighted the chronic weakness of British capitalism in particular. A key area of discussion was the fact that, despite the immense anger and willingness to fight, which will harden in an explosive fashion with the new attacks on benefits, there is an incredible emptiness at the top of the labour movement. Nevertheless, it was noted that changes in the Labour Party and the trade unions have taken place, especially in Unite, whose commendable call for a general strike shows how far to the left it has moved due to the pressures from below.

The conference was animous about the perspectives for the class struggle and resolved to increase the paper’s influence in time for the coming battles. This confidence and unity was proven in practice by the outstanding fighting fund collection, which raised significantly more than the target set. A social was then held in the evening from which over £300 more was raised. 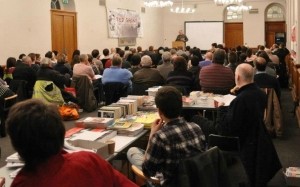 This confidence was also shown to be well founded in the session on the organisation of the Socialist Appeal publications, in which it was reported that the previous year had seen the biggest period of growth for Socialist Appeal paper sales in twenty years. More people are looking to our ideas than ever before, and the conference heard about the work that Socialist Appeal supporters have done in local areas. Supporters have played an important role in the movements of workers and youth, with the inspiring example given of the stuggle of the Hull councillors, who have defied the cuts. 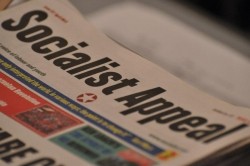 In addition, the conference heard about the activity of Socialist Appeal student supporters in university campuses, who have helped to establish Marxist societies across the country, which provide a regular forum for the discussion of Marxist ideas and their application to the movements of today.

Finally, Alan Woods closed the conference on Sunday afternoon with flair. He remarked on the quality of political discussion at the conference, something which cannot be found elsewhere in the movement. Whilst the reformist leaders display an ever increasing absence of ideas, the Marxists sharpen their ideological weapons for the future.