Details
our Moroccan Correspondent
26 May 2009 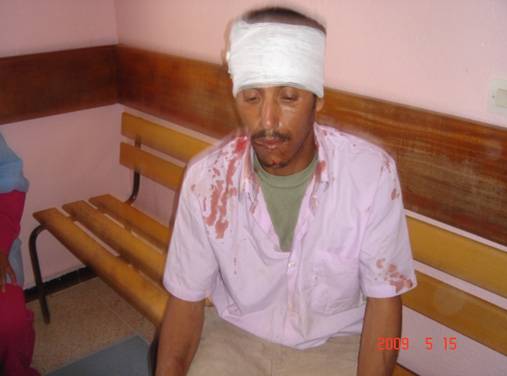 Workers at Soprofel and Rosaflor, two Moroccan/French owned companies are facing brutal repression after they embarked on a strike earlier this month. We appeal to our readers to send messages of solidarity and raise this question in your local labour movement. 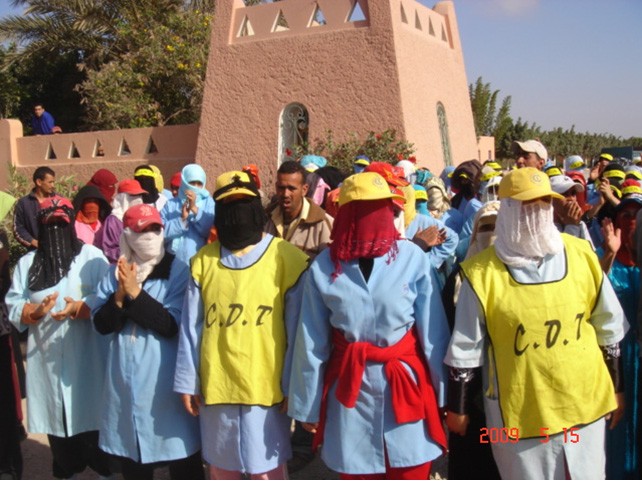 The workers at two companies, Soprofel and Rosaflor, who produce and export fruit and vegetables, have been on strike since May 14. The bosses of these companies are refusing to apply the Labour Code and have sacked the workers who have joined the CDT (Confédération Démocratique du Travail) union. These companies have French and Moroccan owners. Soprofel commercialises its products under the label of "Idyl, producer of flavours" (www.idyl.fr). In connivance with the judiciary and the local authorities they have also sent a lot of trade unionists to jail. Idyl likes to portray itself as an "ethical" company (see Ethique). In spite of these claims, the workers, mostly women, feel every day the real "flavour" and "ethics" of brutal exploitation.

The two companies are continuing to sack workers and most of the members of the trade unions and have refused to accept the list of the workers' representatives (shop stewards) of the CDT. The bosses have been resorting to threats and bribery, forcing the workers to accept other "shop stewards" who are in the favour of the company. The workers reject this farce and have organized a sit-in in front of the two companies. The management organized an attack against the workers using hired criminals which has resulted in serious injuries (fractured bones, and bad bruising). Fourteen workers were sent to the hospital. Among them are Kebouri Mbarka (female) with cracked ribs, Saida Selouani (female) who received a severe injury to an ear and Mohammed Chamiti (male) who received a serious head injury.

This brutal attack took place in front of the forces of state oppression, the gendarmes and the auxiliary forces. While writing this report, the battle is still going on and the sit-in is continuing day and night. Various sections of the Moroccan labour movement in the region of Boykri have organized actions of solidarity with the workers against this new latter day feudalism and neo-colonialism, that plunders the region's natural and human resources. They condemn the exploitation and are demanding workers' rights, and they also condemn the local, regional and national authorities who are responsible for the present situation.

For more information on the exploitative character and the environmental damage caused by capitalist agro-business in Morocco, please read this very informative article.

The workers need your solidarity. The comrades of the Communist League of Action (www.marxy.com) are involved in this important campaign.