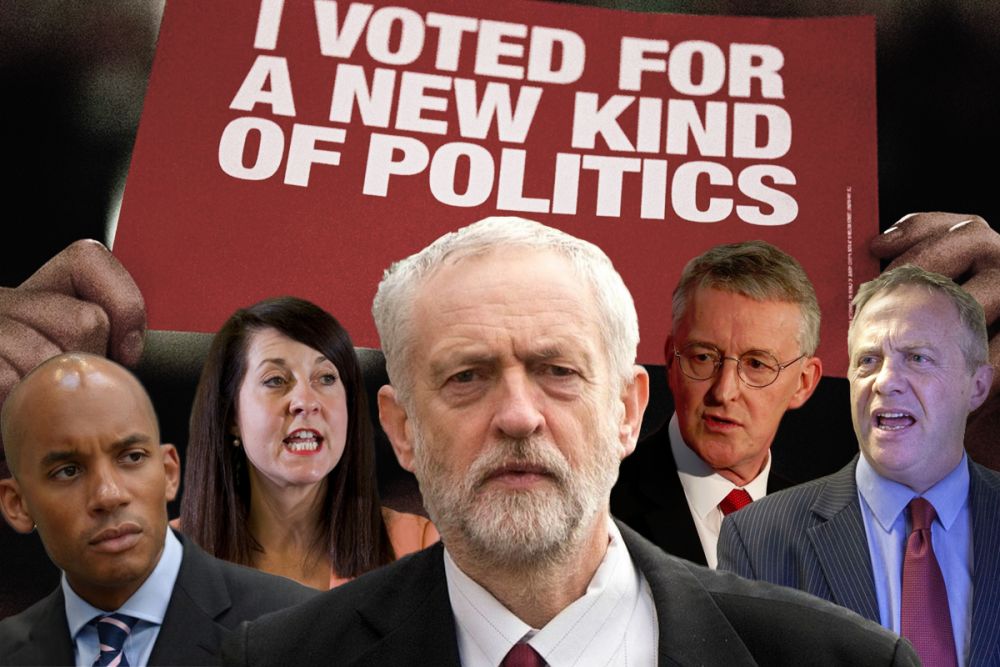 After the Brexit result, right-wing Labour MPs have mobilised once again to try to remove Corbyn as leader of the Labour Party. They have called a vote of no confidence to be taken early next week. They are using the Brexit vote, to which Labour was officially opposed, as a stick with which to beat Corbyn, saying that it was his fault the Remain campaign was not successful.

These opportunist Blairites have completely misunderstood the nature of the Brexit vote. This was a vote against the political establishment - the very same political establishment that right-wing Labour MPs represent. If the fault for the failure of the Remain campaign lies anywhere, it is with people like Harriet Harman and Sadiq Khan, who shared a platform with David Cameron to campaign for a Remain vote. It also lies with figures like Gordon Brown and Tom Watson who have parroted xenophobic Tory rhetoric by calling for tighter restrictions on immigration.

Conveniently, those right-wing Labour MPs now blaming Corbyn for the Brexit victory forget that it was Alan Johnson, an arch-Blairite, who was head of Labour’s Remain campaign.

Seeing Labour MPs, who are supposed to be in opposition to the government, lining up with the Tories is deeply alienating for people who are furious with the status quo. These right-wing Labour MPs have discredited the Party by their actions during this campaign, and now they go further by blaming the democratically elected leader of the Labour Party for the situation that they have helped to create.

Now, more than ever, we need a strong socialist alternative to be presented by the Labour Party. Corbyn needs to come out decisively with a clear and bold programme to end austerity and unemployment by attacking the 1%, not immigrants as the Tories and the Labour Right would like to do.

Corbyn is seen as a principled, socialist, anti-establishment politician. He can afford to make no concessions to the right-wing of the party, who are toxic as far as the overwhelming majority of the working class is concerned. For too long, including during the referendum campaign, Corbyn has looked for an accommodation with the right-wing of his Party. The time for playing these sorts of games is now over. This referendum result is probably the most significant political event in Britain since the Second World War and it calls for a bold, radical response. The old methods of compromise and concession are discredited and, for Corbyn and the Labour Party as a whole, will only lead to ruin.

Corbyn and those who support him must now come out fighting. The Tories are in turmoil and we should be uniting around the call for an immediate general election to give expression to the anger and desire for change that this referendum has brought to the surface. Labour can only win in this situation with a class-based, internationalist, socialist programme that is anti-capitalist in content and revolutionary in rhetoric.

Those Blairites who have no confidence, either in Corbyn or in the majority of the members of their own party who elected him, offer nothing but a collapse for the Labour Party into a mythical "centre-ground" that is being torn apart by capitalist crisis and anti-establishment fury. They are pursuing this aim by the old methods of manoeuvring, backstabbing and betrayal of Labour members. They reflect the past and must be opposed, subjected to mandatory re-selection, and kicked out of the Party by the grassroots.

By contrast it is a Corbyn-led, socialist Labour Party that points the way forward. We must defend Corbyn and fight for socialism.