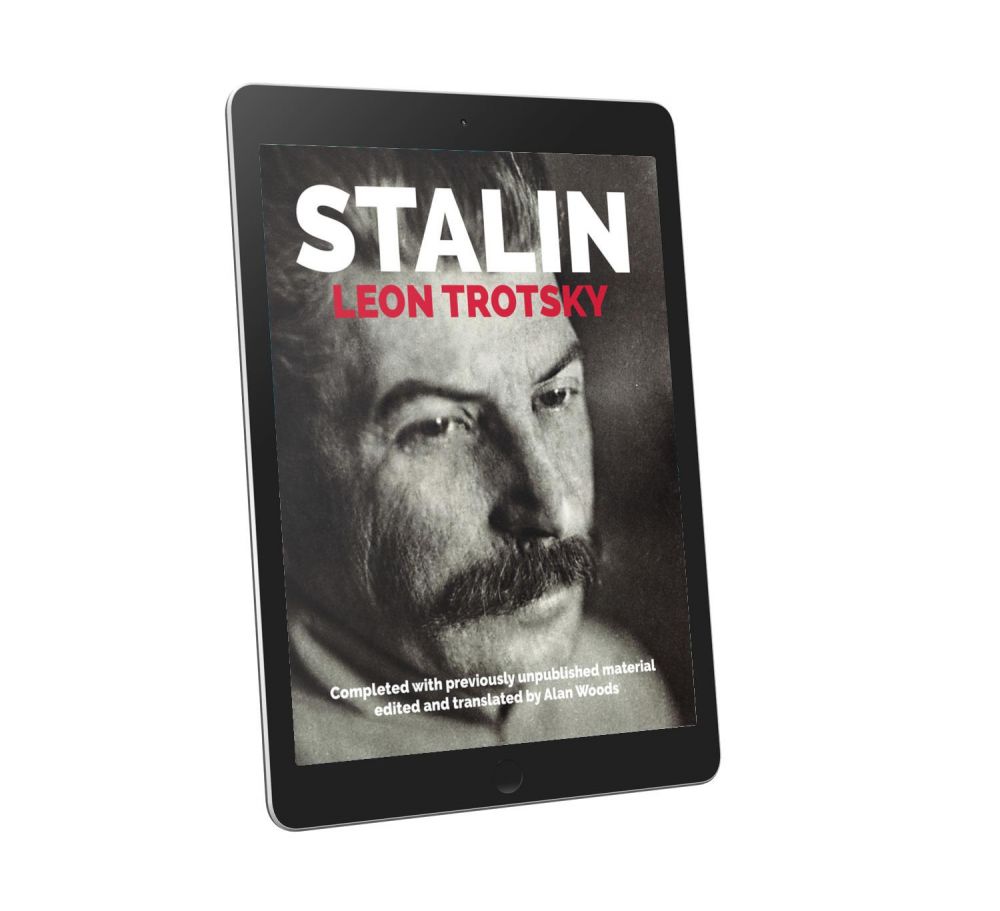 Wellred Books is pleased to announce the publication of the ebook version of Leon Trotsky's unfinished masterpiece: his biography of Stalin. Order your copy here!

On 20 August 1940, Trotsky’s life was brutally ended when a Stalinist agent brought an ice pick crashing down on his head. Among the works left unfinished was the second part of his biography of Stalin.

Trotsky’s Stalin is unique in Marxist literature in that it attempts to explain some of the most decisive events of the 20th century, not just in terms of epoch-making economic and social transformations, but the individual psychology of one of the protagonists in a great historical drama. It is a fascinating study of the way in which the peculiar character of an individual, his personal traits and psychology, interacts with great events.

How did it come about that Stalin, who began his political life as a revolutionary and a Bolshevik, ended as a tyrant and a monster? Drawing on a mass of carefully assembled material from his personal archives and many other sources, Trotsky provides the answer to these questions.

In the present edition we have brought together all the material that was available from the Trotsky archives in English and supplemented it with additional material translated from Russian. It is the most complete version of the book that has ever been published.

This important text is now available as a digital ebook (epub and mobi format) for a third of the price of the hard copy. It contains all the images included in the printed edition, courtesy of the David King Collection.