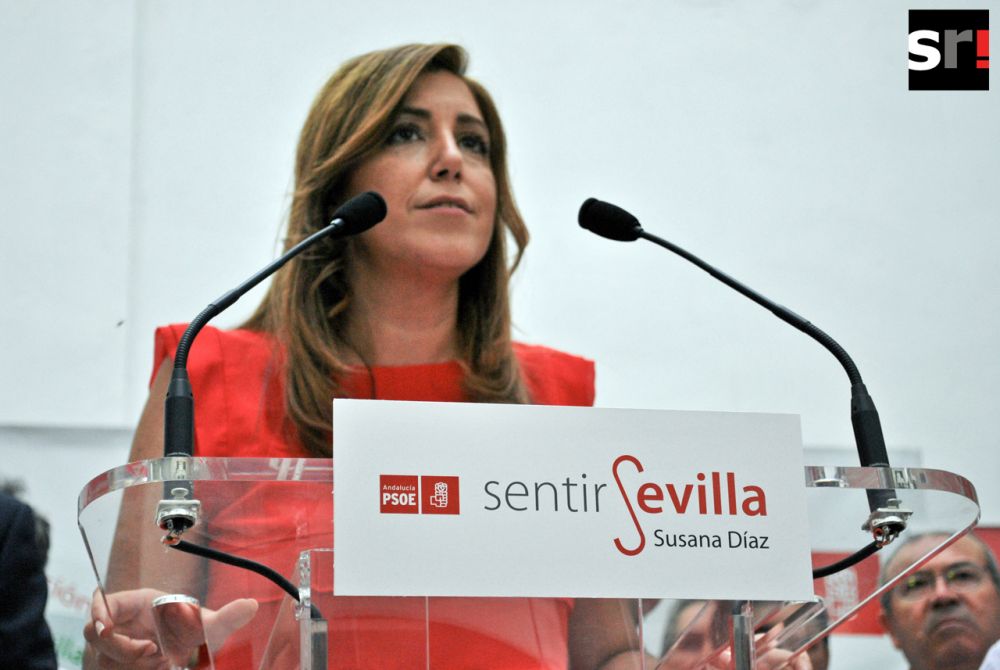 The crisis in the Spanish Socialist Party (PSOE), which opened with a coup against its leader Pedro Sanchez, was resolved at the weekend with a decisive victory of the coup plotters. That opens the way for the victors, around Susana Diaz, President of Andalucia, to allow the formation of a government of the right wing Popular Party.

As we explained last week a

Pedro Sánchez - Photo: PSOE Extremaduracivil war erupted within PSOE when its leader, Pedro Sanchez, announced that he would appeal to the ranks to back his proposal of attempting to form a “left-wing government” in opposition to the Popular Party. Sanchez was attempting to save his own political career and prevent the party from going down the road of further collapse similar to that of PASOK in Greece.

However, regardless of his intentions, this was a direct challenge to the plans of the ruling class which desperately needs a government to be formed, after nearly a year of uncertainty and two inconclusive elections. The right wing Popular Party government, in spite of implementing a brutal policy of austerity, broke all its deficit reduction commitments. The European Union demands 15bn euro worth of cuts over the next two years. To achieve that a government is needed that is strong enough to guarantee not only its own formation but also the passing of the budget next year.

Of course, Sanchez does not want to be responsible for the formation of such a government, which will very soon become extremely unpopular. From his point of view that is the only calculation behind the proposal to attempt to cobble together a “left government”. He knows perfectly well that such a government cannot be formed in practice.

Earlier on in the year, in spring, he tried to form a coalition involving the centre-right populist Ciudadanos and Podemos at the same time. The economic programs of these two party are at complete loggerheads. Furthermore, Podemos defends self-determination for Catalonia while Ciudadanos’ opposition to a referendum is one of its key policies.

It was Sanchez himself who, at that time, rejected a proposal by Podemos of a PSOE-Podemos coalition with support from the Catalan nationalists. That would have meant agreeing to a referendum in Catalonia, an unbreakable taboo for the Spanish ruling class, whose interests the PSOE leaders always reflect in the last instance.

What Sanchez rejected in the spring, a left government backed by the Catalan Nationalists, he now proposed in a desperate attempt to save his own political career.

This led immediately to an attempted coup by the party’s hard right led by Susana Diaz, the President of Andalucia. The Spanish ruling class could not allow any talk of a “left government” involving Podemos. Diaz instructed her supporters to resign en masse from the party’s Federal Executive which then voided its mandate. But Sanchez, fighting for his own political survival, refused to accept it. He maintained that he was still the leader and that his supporters were now the legal Federal Executive. The “rebels” were locked out of their offices. Sanchez went ahead with the planned meeting of the party’s 300 strong Federal Committee on Saturday October 1.

Regardless of the intentions of Pedro Sanchez, his move was seen by many in the ranks of PSOE as a defence of an intransigent position against any support for a PP government, while they interpreted Susana Diaz’s opposition to Sanchez in terms of her support for such a government. There was an initial attempt by rank and file members to mobilise. Some gathered at the party headquarters in Valencia (where the regional leadership sided with the “rebels” but the provincial executive was loyal to Sanchez). The party in Terrassa (Catalonia), announced it was organising coaches for members to lobby the Federal Committee meeting in support of Sanchez. In Cadiz, Andalucia, a local meeting with 100 members voted a statement in support of Sanchez and rejecting Susana Diaz’s domination of the region.

Sanchez showed his true colours and called on members to stay away from the party headquarters in Ferraz street in Madrid on Saturday. The last thing he wanted was a genuine mobilisation of the ranks.

The Federal Committee meeting on October 1 was pandemonium. For 11 hours there were endless constitutional discussions between the supporters of both sides. Díaz supporters refused to recognise the legitimacy of Sanchez’s Executive. There was shouting, abuse and even physical intimidation. Outside, a few dozen Socialist Party members had gathered with banners and screamed at the rebels that they should be in the Popular Party.

In the end, a vote was taken which showed a clear majority for Susana Diaz with 132 against 107. Instead of attempting to challenge the result and appealing to the ranks, Sanchez accepted his defeat, announced his resignation and insisted he would be loyal to the new acting executive. From the point of view of his political career he can always say that he tried to prevent a PP government and failed.

The dilemma facing PSOE was this: to support PP and suffer further collapse or to attempt to present an alternative and save itself for the future. It is not by chance that support for Pedro Sanchez came mainly from those regions where Podemos has already overtaken PSOE. Now the party has clearly chosen a path which leads towards suicide.

The new acting executive is meeting today, Monday October 3, and will convene a new meeting of the Federal Committee in two weeks. The road is now open for the PSOE to abstain and allow the PP to form a coalition government with Ciudadanos. They will of course attempt to find a “nice” face saving way of doing it. Sanchez has put them on the spot.

The situation of PSOE is now even weaker vis a vis negotiating with the Popular Party. The PP now is saying that it is not enough for the PSOE to abstain, they want guarantees that it will also vote the budget next year. The alternative would be to call new elections (for the third time in 12 months), in which a divided PSOE would sink even lower and with a lower turn out the PP might even get an overall majority.

An editorial in the bourgeois paper El Pais on Saturday clearly outlined the deeper implications of the crisis in PSOE and its relationship with the general crisis of the regime in Spain. It talked of the “extremely complex economic, institutional and territorial problems facing Spain” and how these affected “a party which has ruled 21 of the 39 years of Spanish democracy since the Transition”. In this way, it recognised PSOE as one of the pillars which has sustained bourgeois democracy in Spain for the last 40 years and its crisis as important for the ruling class.

The editorial explained how this is not just a Spanish phenomena, as “in the whole of the advanced world, representative democracy is in crisis” and “socialdemocracy is particularly affected and unable to build a profile and a narrative which arouses, as in the past, illusion in wide layers of society.” This is a clear recognition of the fact that, in the period of a crisis of capitalism, social democracy is unable to guarantee or even promise any new significant reforms and therefore loses its mass appeal.

The conclusion the El Pais editorial writers draw however is no solution at all. What Spain needs, they argue, is “a centre ground, trustworthy party, united under a firm leadership and innovative ideas”. A “centre ground” party, that is one which is “trustworthy” from the point of view of the ruling class, is one which will have to manage the crisis of capitalism. In Spain this would mean giving support to the Popular Party. A further government of cuts and austerity, which is what Spanish capitalism demands, will soon become extremely unpopular and in its downfall it will bring down the PSOE.

The victory of Susana Diaz in the PSOE at the weekend will be seen as a turning point in the PASOK-ification of the party.

Potentially, the ground is now open for Unidos Podemos (the alliance between Podemos and United Left) to make decisive gains from this new situation. A PSOE which will be forced to support PP-led austerity will continue to shed support to its left, leaving Unidos Podemos as the only real opposition.

There is currently an internal debate within Podemos between those who advocate further programmatic moderation, represented by Íñigo Errejón, in order “to win over the middle ground”, and those who defend the need for hard and radical policies, led by Pablo Iglesias, This debate should be settled decisively in favour of the latter if the organisation is to take advantage of the crisis of PSOE.

Unidos Podemos needs to adopt a bold, clear and radical strategy of opposition in parliament linked to mobilisation in the streets, in defence of state education, the health service, for the repeal of anti-worker, anti-trade union laws, in defence of democratic rights (including the right of self determination), for housing, etc. By exerting the maximum pressure they can they will accelerate the internal contradictions within the ranks of members and voters of PSOE.

This program of demands needs to be accompanied by a clear explanation that none of these measures can be achieved within the limits of a deep crisis of Spanish capitalism. The only way to implement these demands is by expropriating the Ibex35 big businesses under democratic workers’ control. This is the perspective that Lucha de Clases is defending within the ranks of Podemos.