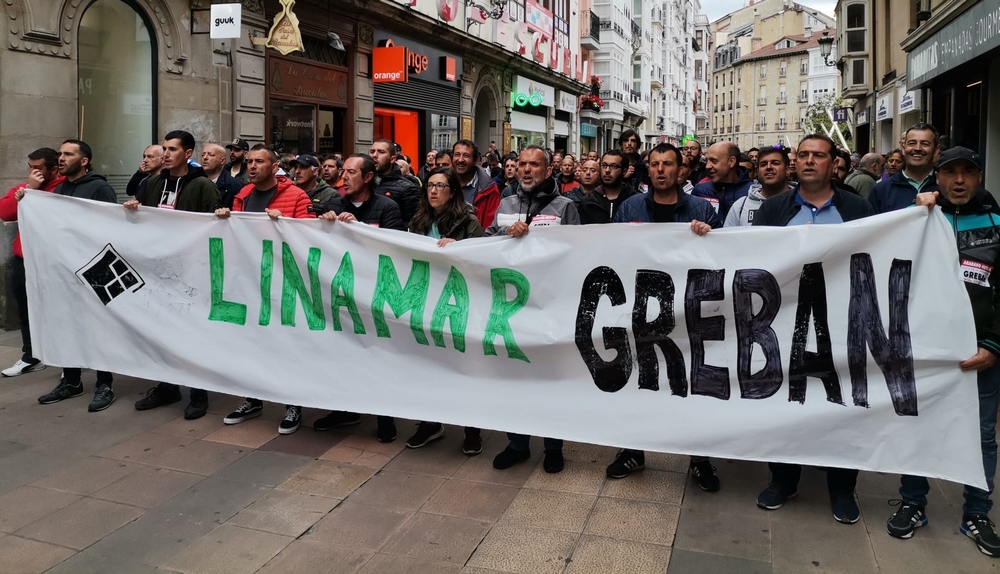 The Spanish Marxists of Lucha de Clases visited workers of the Canadian multinational company Linamar, in the factory in Vitoria-Gasteiz. They are on all-out strike in the face of the employer's threat to freeze their wages and worsen their working conditions. The following is a report of this exemplary struggle.

The Linamar workers with whom we spoke are on their fourth week of indefinite strike action. We met them at the picket line they had organised, with morning and afternoon shifts at the factory entrance to monitor and defend the strike. We arrived at a good time. The picket was preparing a varied and tasty lunch, the atmosphere was cheerful, and the conversation flowed easily.

Workers told us about their life at the company over the years, and their commitment to ensuring that orders were met on time and to the standard of quality that customers required. They described their continuous training to adapt to technological changes in the job, showing their pride in the quality of their work.

That is why, they say, they could not imagine less than a month ago they would be picketing today at the factory entrance as part of an open-ended strike, in the face of the provocative and arrogant attitude of the company.

They say they will show their strength and what they are worth, proving that without them, production cannot take place, and the orders will not leave the factory.

The SSC provided us with the following information.

The workers of the Canadian multinational company Linamar, in the Vitoria factory, are on indefinite strike in the face of the employer's threat to freeze their wages and undermine working conditions.

The strike began on 2 May and halted production at the factory. Only the administration and management do not support it. The Shop Stewards’ Committee (SSC) and the assembly have allowed some trainees or newly recruited workers to enter the factory in order to protect their jobs.

The factory in Vitoria was acquired in 2016 by the Canadian multinational Linamar, a manufacturer of high-tech engineering products that has 60 production centres and employs about 29,000 workers. Linamar also owns the Alumalsa factory in Zaragoza, a foundry of aluminium parts for the automotive industry which had 700 workers before Linamar laid off half the workforce.

The Vitoria manufacturing centre, founded in Arrasate-Mondragón in 1968 by Uribesalgo, has been and continues to be a leading company in the sector, with 65 highly qualified and experienced workers who have worked for an average of 21 years each at the company. The company manufactures a wide range of technologies for the casting of aluminium, magnesium and iron. They provide foundries with the necessary moulds and tools to produce parts, especially for the automotive industry. It exports 95 percent of its production overseas.

The Vitoria factory has historically been, according to the SSC, a money-making machine, and the workers have enjoyed stability in employment and good wages. Those who have worked over 20 years at the company received €2,000 net per month net, and the pay for overtime is €37.50 per hour.

As the SSC states, this is the first strike for the negotiation of a collective bargaining agreement since the founding of the factory. In the past when there were discrepancies, “[the employees] made demands and they did the work, but there were no problems with salary increases. Disputes with the company were resolved in a handful of negotiation sessions”.

But the arrival of the Canadian multinational has meant a drastic change for the workers of the old “Uribesalgo”. The “normalcy” of going to work with a stable job for almost a lifetime, under acceptable working conditions and wages, has been broken.

Negotiations for the collective bargaining agreement began in September. The new management put its cards on the table. Initially calling for a wage freeze, then a 1.5 percent increase without accounting for inflation. Taking into account a 9.8 percent rise in the Consumer Price Index (CPI) as of March, and a forecast according to the Bank of Spain of 7.5 percent price growth overall in the year, this is a clear provocation taking into account the company’s profits. 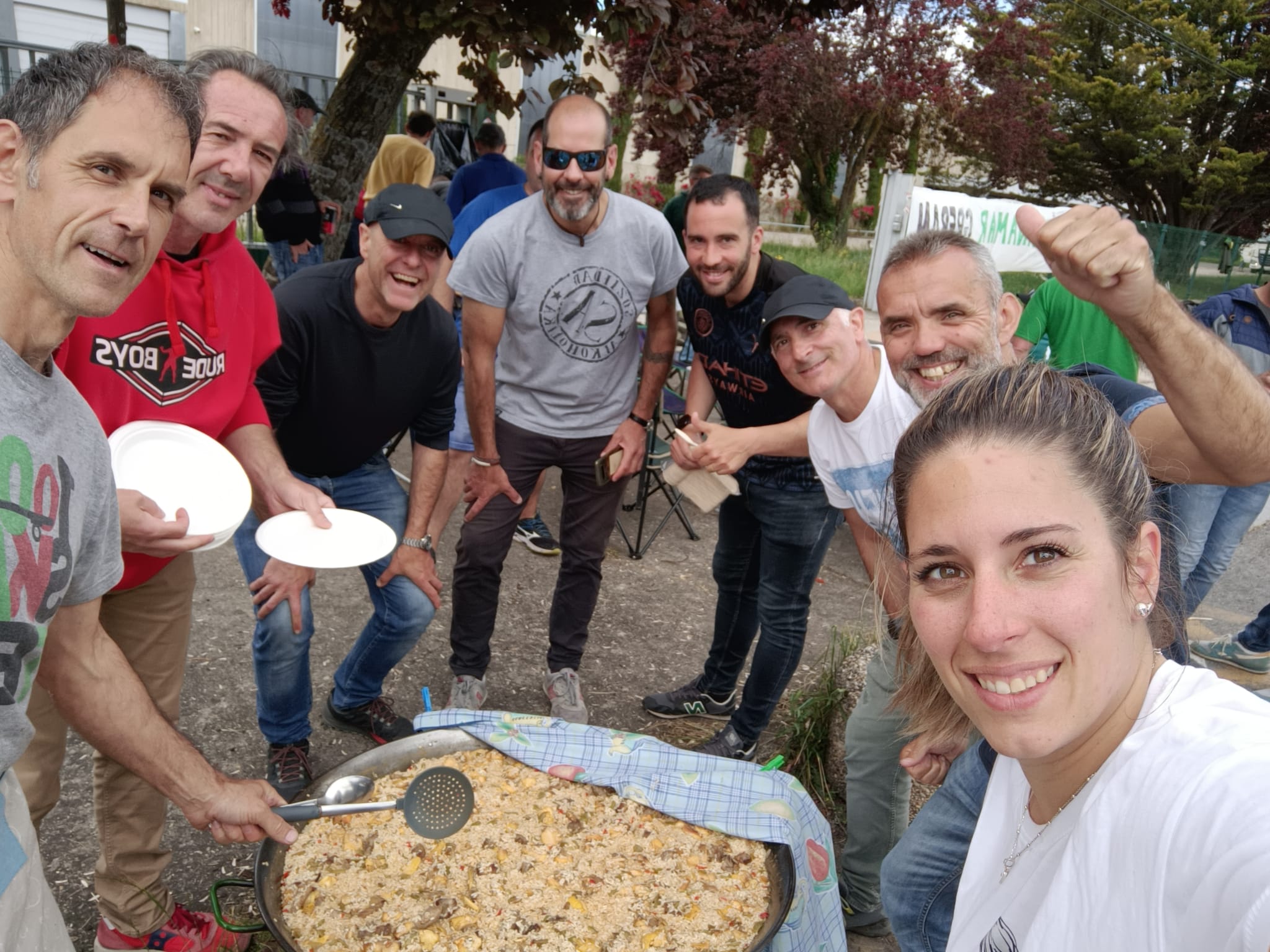 After four weeks of indefinite strike, the atmosphere at the picket line of the Linamar workers was cheerful, and the conversation with the workers flowed easily / Image: Lucha de Clases

The proposal also represents a loss of purchasing power of wages that the workers are not willing to accept. The management wants to impose performance-related wage increases and one-off payments. This reflects the hardline position of the CEOE bosses’ organisation, which wants wages not to be linked to inflation, but to greater productivity and intensified exploitation of labour.

In order to adapt working hours to meet the company’s targets, the bosses propose to reduce the daily working day from eight hours to seven, and create a reserve with a surplus of 200 hours per year to be used at the company’s discretion. They also seek to increase the annual number of working days by 10, a measure that suppresses bank holidays and implies working on Saturdays.

These proposals of management, after 18 meetings at the negotiating table, were rejected flat out by the SSC. The bosses demanded they be put to the workers' assembly, but the SSC refused, leading management to inform the workforce through its own channels.

The management showed its true character and position in the negotiations, which were preceded by several disciplinary dismissals. Two of these were of workers who were on temporary medical leave. The bosses also used private detectives, a fact that alerted the workers to the dehumanisation and insensitivity of the new bosses. The workers have already appealed their dismissals.

At the same time, the management, faced with the rejection of its proposals by the SSC and the assembly, began to harass the workers. “The way of working has changed, there is constant persecution and harassment of workers,” the SSC says.

The threat of dismissal if the offer is not accepted affects even the representatives of the SSC. The bosses have stated: they “will take down anyone who opposes [the proposal], even if it is a member of the Shop Stewards’ Committee”.

For the first time in the history of the factory, worker's struggle was seen as a necessary response.

The belligerent attitude of the company, and its refusal to negotiate over the alternative agreement that the workers proposed for months, led the workers to conclude that the strike was necessary.

The SSC, made up of five members of the ELA (Basque Workers' Solidarity) union, held mobilisations and rallies with banners at the factory entrance demanding negotiations.

The company was deaf to their demands and the workers showed their militant mood in the assembly by voting for an indefinite strike, which began on 2 May and that has paralysed production at the plant.

The SSC demands the signing and official registration of the collective agreement, since the company did not register the last agreement in the midst of the pandemic, and the workers have felt deceived by the management.

In this climate of threats and persecution of the members of the SSC, management is nervous about the halted production, negotiations continue, although it is clear that the wage increases and benefits offered are considered insufficient by the workforce. On the same day that we visited the picket line, the company reduced the working day by eight hours, to 1,696.

The SSC proposes a salary increase of 4.5 percent, which the company rejects. The workers' assembly is very angry with the attitude of the management and demands that the SSC not give up any more ground.

The firm and combative attitude of the workforce to achieve its objectives and get some respect could be seen in the mass turnout of workers from the factory at the demonstrations of the workers of the metal sector in Álava in the struggle for their collective agreement.

Conversations between the picketing workers are full of excitement, and reflections on their experiences, personal situations, hobbies, life problems, and so on. As one of them said: “In the factory you see each other every day but you do not have time to talk, you do not know your colleague in depth, his problems in daily life. But now, during this strike, participating in the picket, it is surprising the amount of interesting details that we all have and that you did not see before.”

The workers are justly proud of their skillful ability to make quality parts, moulds and complex tools for the general production process. Now, in the strike they are proudly showing their dignity as workers, in the process of struggling to defend their rights against the bosses.