Ever since the South African masses overthrew the apartheid regime and propelled the ANC into power, the South African bourgeoisie, its ideologists and its media have waged an uninterrupted and daily war of lies and slanders against the ANC, SACP and COSATU – i.e. the traditional mass organizations of the South African youth, workers and poor. 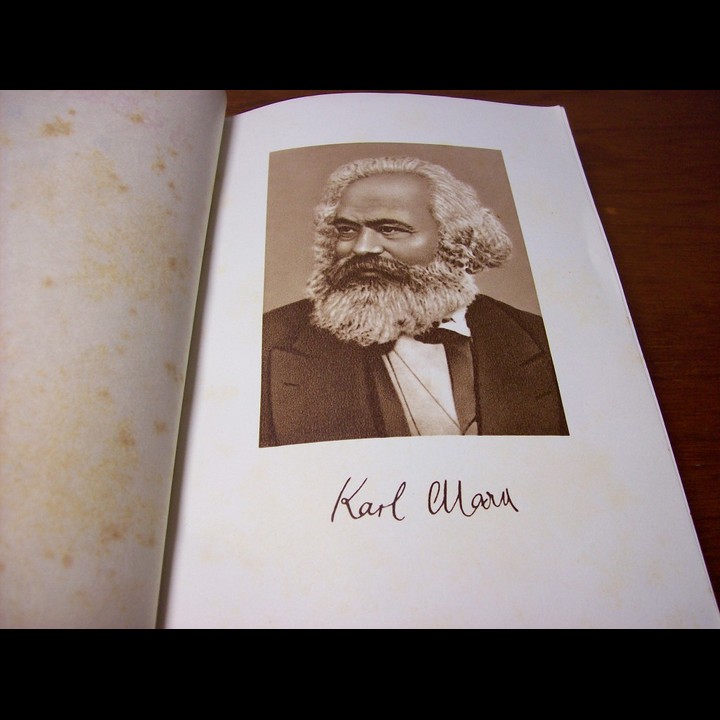 The aim of this campaign is clear: to destroy the organizations of the masses. The bourgeois understand, as Marx did 150 years ago, that without organisation, the working class is mere raw material for exploitation.

The latest attempt of an attack comes from Prince Mashele, obviously a liberal provocateur, who on the pages of the Sunday Independent on Sunday, April 10, wrote an article called “A crisis of ideas in the SACP”. We shall not go into every single paragraph of this article, which is thoroughly filled with distortions and blatant falsifications, but will reply to the most important attacks that the dear sir launches on the Communist Party and the ideas of Marxism.

Mashele desperately tries to falsify reality by claiming that the SACP does not have a constituency within the South African working class. This claim, however, could not be further from reality. The SACP historically, and the YCL recently, have played a key role in the history of South Africa. The fact that it was the death of the late communist leader, Chris Hani, that sparked the final insurrection leading to the fall of the apartheid regime, should provide a clue to how the party is seen by the working class as its own.

Furthermore it is no secret that the leading bodies of COSAS (the school students’ union), SASCO (university students’ union) and COSATU (the main trade union federation) – all powerful working class organizations – are all dominated by the communists.

Finally to underline the influence of the SACP and YCL we would like to point to the fact that the ousting of Thabo Mbeki – who had been thoroughly discredited by his liberal programs of privatisation and cuts – as the president of the ANC at the Polokwane congress was indeed based on the work of the cadres of the SACP and YCL.

The question of property

Our dear Mr Mashele continues – without any data to back up his assumptions – to say that the ranks of the party have a low political consciousness and that only few of us really believe in socialism. Then he continues, in the most cowardly manner, to state that only anarchists would agree to nationalize all companies in South Africa (strange it must seem for anarchists, who want to dissolve the state, to have it take over the economy).

On the contrary, we object, the rapid rise in the active membership of the party and its youth in the last years (the party going from 20,000 to 110.000 in 7 years, the youth going from zero to 56,000 in 10 years) is testimony of a growing radicalization within South African society – a radicalization that is taking place because workers and youth indeed can feel the restraints of the capitalist system in every aspect of everyday life.

The fact is, dear Prince, that the capitalist system today more than ever, is immersed in the deepest crisis in its history, not only in the sphere of economy but in all spheres. Capitalism today cannot offer anything to humanity. While it is forced to leave more than 30% of world productive capacity unutilised, billions of people are plunged into unemployment and poverty. In all developed countries heavy attacks are being made against the workers and youth. In Britain alone 20 percent of the state budget is being cut while the US administration has just announced its deepest budget cuts in the history of the country.

In South Africa today the situation is not different. Even in the best possible situation, where below the surface we have large reserves of precious stones and minerals and the state is more or less debt free, society is not moving forward. On the contrary, last year more than a million more joined the ranks of the unemployed and poor while the largest companies added further billions to their profits.

This is the best capitalism can offer. The capitalist class has shown us that it is incapable of taking society forward. The only logical and practical measure is exactly to nationalize the commanding heights of the economy, i.e. the banks, the mines and industry under the democratic control of the workers and use their profits to develop society.

Far from being forgotten, the ideas of socialism are now reaching out to more people than ever; people who from their own experience can feel the dead-end of capitalism and who are now moving forward to take their destinies into their own hands.

The dictatorship of the proletariat

“Ever since they [the South African communists] were taught Marxism ages ago they are still trapped in the old language of the dictatorship of the proletariat, the ‘negation of the negation’ and other antiquated concepts.”

It is funny to see how the dear Mashele tries to “hide” what he is really trying to attack by – in the most cowardly manner – only mentioning it “in passing”.

All the great Marxists explained many years ago that the state is not an impartial entity serving the public. The state, fundamentally consisting of special armed bodies of men (police, military, prisons and state bureaucracy), is a tool for class oppression. It is a means by which the bourgeoisie consolidates and secures its rule. This was is clearly demonstrated in the Arab revolutions where the old state apparatus – even without its officially elected representatives – formed, and still forms, a reactionary bloc against the revolution sabotaging it at each and every step.

In South Africa this is no different. This was completely clear during the public sector workers strike of last August when police forces were mobilized to attack the strikers that only had the reasonable demand of an above inflation wage rise. It was also seen in the recent killing of Andries Tatane, who led a mass movement against the lack of service deliveries.

The dictatorship of the proletariat is nothing but the political rule of the working class through its natural organs. The embryos of such a rule can be seen in all revolutions. In Egypt and Tunisia we see the neighbourhood committees taking control of whole areas and in South Africa, during the anti-apartheid struggle we could see this in the many township and self-defence units that sprung up everywhere.

Lenin explained that in order for the working class to achieve any of its aspirations it cannot count on the limited scope of bourgeois democracy but must take power into its own hands through its own organs – in Russia called Soviets – based on the following four principles:

These ideas are not antiquated. On the contrary, they are more relevant than ever and they are very much alive within the ranks of the Communist Party.

Nothing new under the sun

It is quite strange that those who dispute socialism base their arguments on capitalism which is obviously not functioning. We would have hoped that Prince Mashele would practice his own words and come up with something new. In a display of genuine bourgeois demeanour he argues by undermining the plight of the exploited class.

What he needs to come alive to is a fact that there is no other alternative to capitalism than socialism. The answer to the book that he mentions, What should the left propose? is contained in the book The Communist Manifesto which is even more valid today than when it was written.

The question stands: if this Marxism is dead, irrelevant and outdated, why would the likes of Prince Mashele go out of their way to attack dead ideas? Surely it would be more profitable for him to praise the ideas that have been proven to work instead of wasting ink bashing an extraneous ideology.

For the benefit of the debate let us perhaps school each other to what is this dead snake, Marxism, which instils fear in the hearts of the likes of Prince Mashele. Marxism is scientific socialism; it is a body of ideas as worked out by Karl Marx and Friedrich Engels which provide a comprehensive theoretical basis for the struggle of the working class to attain a higher form of human society – socialism. But far from being just a set of abstract ideas, like the writings of our dear sir, Marxism is the concentrated and generalized live experience of the working class.

We are not deterred by attempts to discredit Marxism, because Marxism takes the side of the workers and the oppressed against the bourgeoisie. We are not delusional about trying to save and resuscitate the state in its current bourgeois form. Our aim is to crush it so that we can build a workers’ state where the majority rules.

What Mashele fears from Marxism is that it exposes the truth about capitalism, that it is a system that leads to wars, poverty, disease, lack of education, racism, fascism and other forms of social ills. Marxism exposes how only a select few can enjoy a decent life. With all the industrial developments that capitalism is praised for, it still cannot resolve the basic questions of society.

Unlike capitalism, Socialism is able to solve the basic historical question of all societies, which is of class society. The determinant element of history is production and reproduction of life and this is not only limited to economics. And even if we were to limit it to economics, capitalism would dismally fail simply because humanity is regressing under this system. While living conditions are definitely improving for some, this comes at the expense of the majority of the people throughout the world that are being driven further down towards barbarism.

The only alternative to capitalism remains Socialism. Our idea as Marxists is to organise the agents, the motive forces – yes, the motive forces – the millions of oppressed workers to struggle daily against the capitalist system, replacing it with a socialist society so as to resolve the ever present and historical class crisis. A socialist society still remains a society that is governed by the people instead of the anarchy of the market.

In closing, all hitherto fabricated arguments aimed at discrediting Marxism have all failed to dispute its material historical basis, that of class struggle, and all hitherto existing versions of capitalism, no matter how “liberal” they have been, have all failed to address the class question. As long as the class question remains, socialism will be as relevant as ever before.

It makes sense to us that there should be such an attack on Marxism, because the daily experiences of the working class are moving them closer to the idea of socialism. Real life experience shows that far from being utopian, socialism is the only way forward for humanity. Real life experience has also proven to the workers that they have never gained anything without struggling for it, workers are now increasingly becoming aware that there is no better time to organise a formidable struggle for socialism than now!