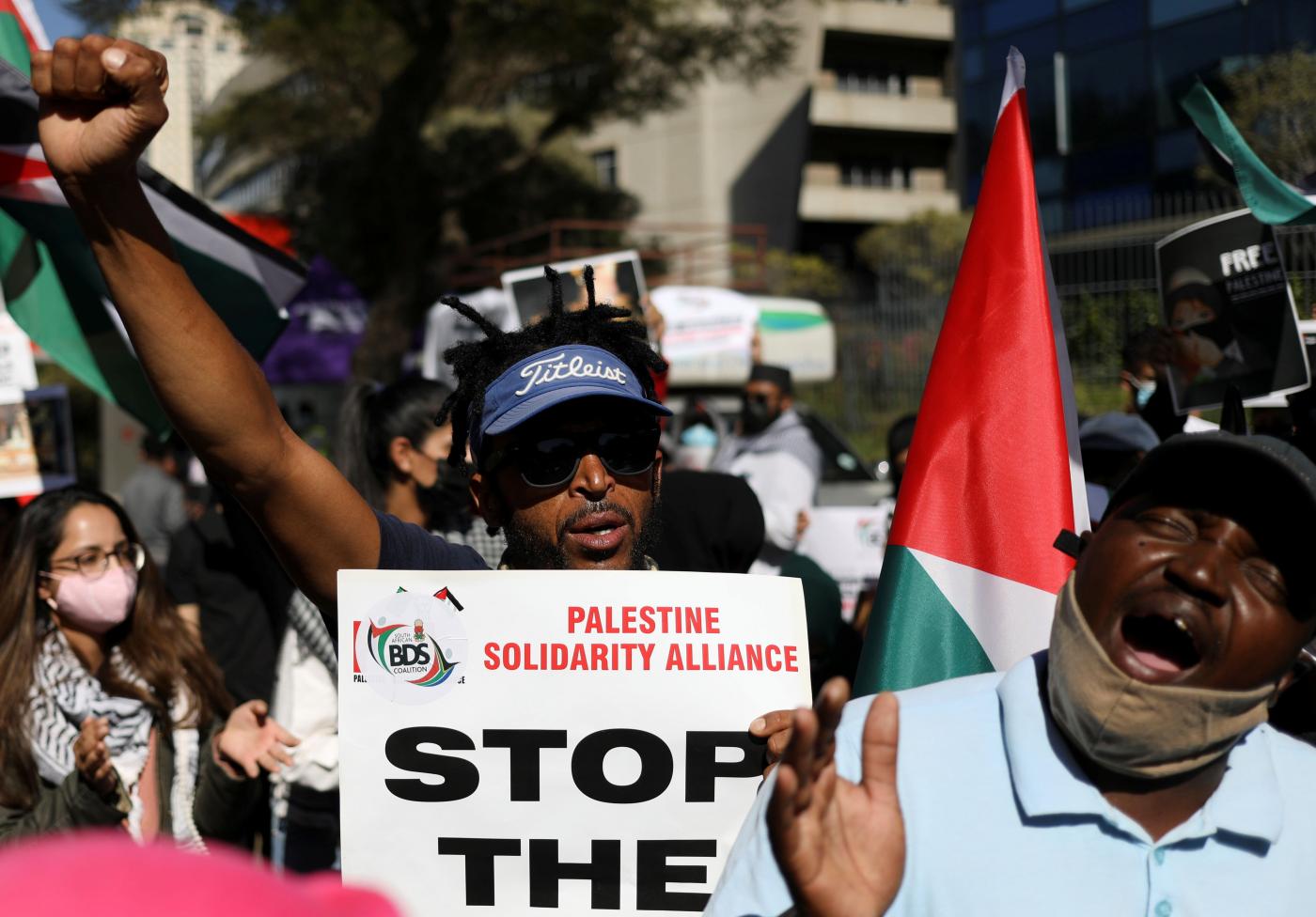 Over the last few days, dockworkers of the South African Transport and Allied Workers Union (SATAWU) in the port city of Durban have refused to handle cargo from an Israeli ship, in protest against Israel's bombardment of the besieged Gaza strip over the last few weeks. Currently, the ship is still lying in the Durban harbour waiting to take on cargo.

This action by the dockworkers followed a call by the Palestine General Federation of Trade Unions (PGFTU) for workers and trade unions to refuse to unload Israel ships and goods from sea and airports.

When news arrived last week that the Zim Shanghai, which is owned by Israeli state-owned Zim Integrated Shipping, was about to enter the Durban harbour, SATAWU demanded that the Transnet port company refuse the vessel entry to the docks.

The union gave notice to Transnet that it union members would not handle the cargo, and that it planned to hold a picket last Friday in solidarity with the Palestinian people.

However, after being informed about the planned protest by the union, the port authorities manoeuvred to change the schedule so that the ship could be off-loaded on Wednesday night. This was clearly aimed to undercut the move by the union.

When it became clear what had happened, the dockworkers were furious. The union issued a strong statement which said that union members would stop handling goods travelling to or from Israel through South African ports:

“As a school of class struggle, located in the transport industry, SATAWU calls upon its members to stage rolling boycotts against these shipping companies and take part in lunchtime pickets, to show solidarity for the subjugated.”

The statement drew parallels between the Palestinian struggle and against the struggle against Apartheid in South Africa.

“Because history tends to repeat itself, SATAWU will always support any form of struggle aimed at liberating the working-class from the shackles of colonialism, cloaked as the capitalist mode of production. Finally, the liberation of the Palestinian population is equally the liberation of the African nation.”

On Friday, hundreds of protesters from various trade unions, including the two big trade union federations COSATU and SAFTU, protested on the Durban esplanade in solidarity with workers who had boycotted the unloading of the vessel.

Moses Mautsoe, provincial secretary of the South African Federation of the Trade Unions (SAFTU) said: “We are here to tell the KZN (provincial) government to put their money where their mouth is. We cannot continue to receive cargo and shipments from Israel. We are here to say that if they continue, we are going to ask our members to reject everything that comes from that side.”

“We know what is happening in Palestine where women and children are being brutally killed and displaced from their land. This must come to an end. We need to boycott Israeli goods. Let Palestine be free.”

The call by SATAWU followed a similar call by the South African Federation of Trade Unions earlier this month which also called on South African workers to stop handling goods imported from or exported to Israel.

Dockworkers joining @SATAWU1 who arrived now at the protest at the Durban Harbour#DockWorkersWithPalestine #Durban pic.twitter.com/MoUk6vzedu

Durban’s dockworkers have revolutionary traditions and have taken this kind of solidarity action before. In February 2009, they also refused to off-load Israeli cargo in solidarity with Palestinians during the 2008/9 bombing campaign in Gaza.

Already, in 2008, Durban’s dockworkers prevented the An Yue Jiang, the now infamous Chinese ship filled with arms and ammunition, from reaching Zimbabwe.

The workers called on the International Transport Federation (ITF) and unions organising in Mozambique and Angola to follow their lead and eventually the ship was turned away by workers across the continent, finally sailing back to China.

The action by the dockworkers in Durban is in the best traditions of working-class international solidarity.

Over the last few weeks, a global movement united and mobilised millions of people to stand up and speak out against the brutal oppression of the Israeli state against the Palestinian people. These actions should be built upon and spread throughout the labour movement.