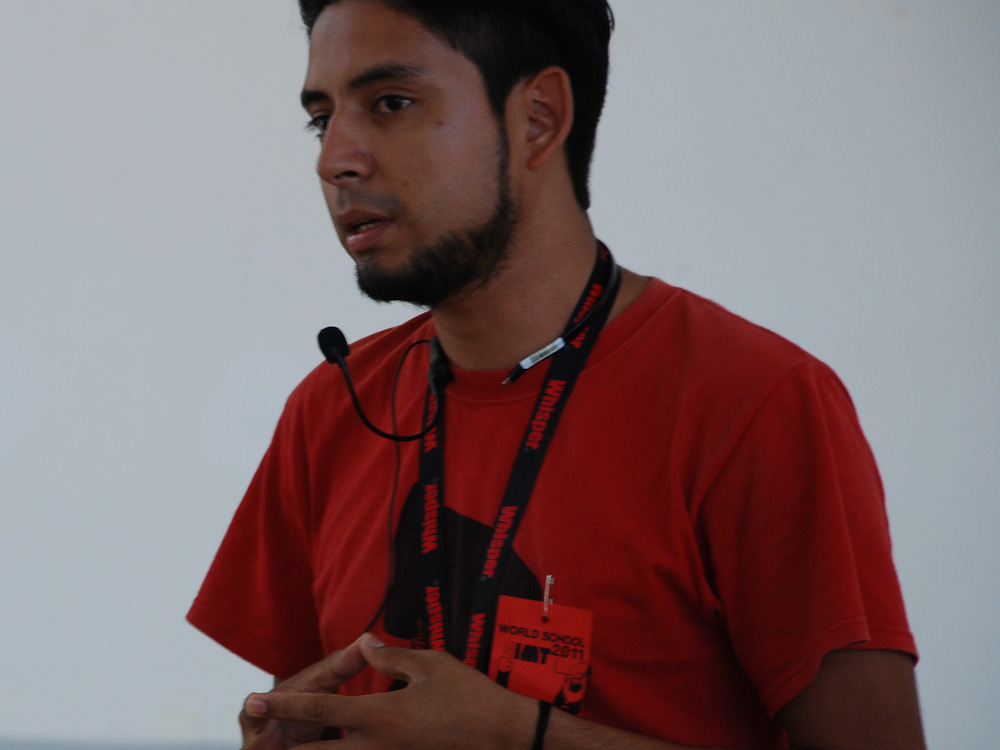 Two leading comrades of the International Marxist Tendency in El Salvador have suffered a serious accident. On Friday March 2, Fredy and Ely were travelling home on a bus which was stopped by a criminal gang. The gang doused the bus with gasoline and set it on fire. The driver attempted to escape by driving away. Fredy and Ely jumped off the moving bus as there had been a previous incident in which a number of people died when a bus was set on fire by a criminal gang.

They both suffered serious injuries. Ely had a number of serious contusions on her face and a broken jaw. She has now been released from hospital after having her jaw reconstructed with a metal plate. She will not be able to open her jaw fully for a month, but otherwise she is recovering well.

Fredy, however, is still in hospital, unconscious and in grave conditions. He has suffered traumatic brain injury and possibly a brain haemorrhage and oedema. We do not know whether he will be able to recover and if so what kind of long term injuries he may have.

They have a three year old child who is currently being looked after by Fredy's family. As a result of the accident there may be a series of associated costs for them.

This accident is also a blow to the Bloque Popular Juvenil, the IMT section in El Salvador. Fredy (who attended the Summer School of the IMT in Marina di Massa last year) is the main leading comrade in the section, carrying out the overall coordination of the work. Ely is also a member of the section's EC.

The comrades have all stepped up their work and taken up the necessary tasks. The Bloque Popular Juvenil was set up by young revolutionary activists in 2000-01 during the struggle to defend the National Health Service. The BPJ is made up of revolutionary activists within the FMLN, actively involved in student, youth, community, trade union and municipal work. In their short history the comrades have suffered from state repression and the attacks of criminal gangs which operate in El Salvador. Members of the BPJ have been arrested, tortured, shot at by the police and one of them, Edward Francisco Contreras (Link), a young community leader and FMLN and BPJ activist, was kidnapped in 2007 and has not been seen since. After a period of political discussion and joint work, in 2008 the congress of the BPJ decided to join the International Marxist Tendency.

The prevalence of gang related violence in El Salvador is the direct result of the bankruptcy of the capitalist system. The comrades of the BPJ have pledged themselves to struggle for a better society so that the world can be rid of all evil, violence and oppression.

Messages of support and solidarity can be sent to the comrades through contact@marxist.com

We are also making an appeal to all In Defence of Marxism readers and supporters to consider making a donation to a fund to help the comrades with any expenses deriving from this accident.