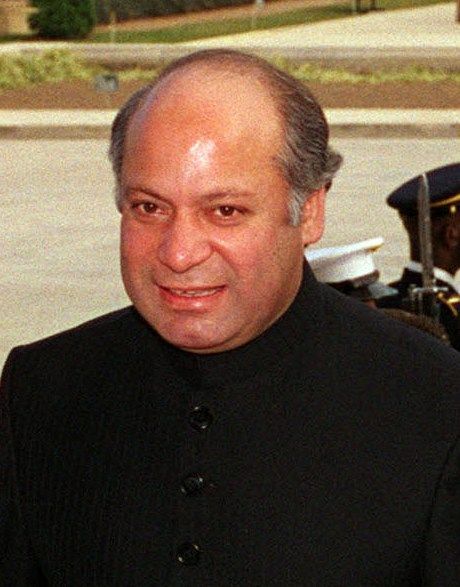 There is immense euphoria mainly in the Pakistani media, the political superstructure, “civil society” and the political outfits serving as umbrella organisations for diverse NGO’s on the appointment of Dr. Abdul Maalik as the chief minister of Baluchistan by Nawaz Sharif. What lies behind this euphoria?

There is widespread praise for the newly elected right-wing prime minister the real representative of Pakistan’s ruling capitalist class. From his former Home Minister and presently rival Chaudhry Shujaat Hussain on the right to the ex-lefts who have capitulated to capitalism, laurels are being showered on Sharif for his ‘generosity’.

It is indubitable that every sane person wishes an end to the bloodshed and mayhem that has engulfed Baluchistan. The gruesome killings, mutilated and dumped bodies of the Baluch activists, the Hazara genocide, targeted assassinations of ethnic and national minorities and other brutalities traumatise human consciousness.

However, to create an illusion that just by changing the political leadership at the top of the administration can resolve this grotesque carnage and bring peace to this tragic land is dangerous and will lead to inevitable disappointments and disillusionment. And to raise expectations that the main representative of the class that has carried out the repression in Baluchistan is the one that is going to salvage its inhabitants is what?

State repression in Baluchistan does not take place out of habit or just for the sake of it. Nor are the several proxy wars being waged without a serious cause and the vested interests that sponsor them. This gruesome barbarity has grave material, financial and strategic interests at the core. Baluchistan’s coastline runs up to the Iranian border — ending just before the straits of Hormuz through which pass a good 40 per cent of the world’s oil supply. It is no surprise that a new great game is being played out in the wilderness of this resource rich region.

The geo-strategic importance and the abundance of rich mineral resources have in effect become a curse and a tragedy for the poor inhabitants of Baluchistan. The existent state structures and the economic system are designed and destined to exploit the resources and oppress the people of Baluchistan. Within this administrative and economic framework the grievances of these deprived masses cannot even be addressed, let alone solving them.

Sharif’s gesture of giving power to one of the factions of the Baluch nationalists is not to abolish the plunder of Baluchistan by the imperialists and the Pakistani elite but a manoeuvre to facilitate and sustain it. The situation in Baluchistan is too critical and complex, and the state and the system are too rotten for any improvement or stability to take place within the confines of the present setup. It is not just the army, the Frontier Constabulary and other paramilitaries, but there are several other so called non-state actors involved in this pandemonium that are sponsored by diverse sections of the state itself. Then there are the opposing imperialist powers intruding for their stakes in the plunder with their own proxies bloodying the conflict. Some of the Arab and Muslim ‘brethren’ regimes in the proximity, with their hegemonic designs, are heavily funding fundamentalist outfits wreaking havoc upon the ordinary people of the region. The largest seminary of the Lashkar Jhangvi/SSP outside Southern Punjab is in Mastung [located in the northwest of Baluchistan province].

The insurgency in Baluchistan has been intermittently surging for over six decades now. The state has been repressing the struggle against national and class oppression ever since. However there have been several pauses in this conflict due to the exhaustion and betrayals of the struggle and the manoeuvres of the elite strategists. After the insurgency of the mid-seventies, Sharif’s mentor Zia ul Haq, the vicious military ruler, after imposing martial law released most of the Baluch nationalist leaders and activists and abolished the Hyderabad conspiracy case to drive a wedge into the resistance against his despotic rule. Yet the national and class oppression continued and state brutalities went on unabated. Perhaps Sharif has taken a leaf from his late boss’s strategy.

In the last analysis it is not the good intentions and sincerity of Dr. Maalik that are in question. The real problem is that even with the best of intentions one cannot gain from a system that has become redundant to deliver. The most articulate, genius and brilliant of politicians cannot develop a society with a crippled economic base and a social fabric torn apart by the burgeoning crisis. One cannot revive one’s virility by dying one’s hair black.

Even in the 1960’s, when due to the spin-off effects of the capitalist boom in the west the Pakistani economy grew at a rapid pace with growth rates reaching nine per cent, there was little or no industrialisation in Baluchistan. No major infrastructure was developed. The regime in Islamabad failed to deliver the deprived masses of Baluchistan healthcare, education and other basic facilities. Exploitation was so extreme that the gas from the reserves in Baluchistan reached Islamabad long before it was supplied to Quetta.

Today Pakistani capitalism is so rotten and the crisis so intense that it simply does not have the financial and economic capacity to alleviate poverty and end the deprivation of the people of Baluchistan. Nor does this comprador bourgeoisie have the strength and capability to put a stop to the pillage of Baluchistan by the imperialist powers. Different factions of the state are actually falling over each other to either directly or indirectly to serve the interests of opposing imperialist powers scavenging the region to extort its riches.

There have been several cosmetic attempts by the previous regimes to carry out reform to pacify the masses in Baluchistan. The last one was the “Aagaz a Haqooq a Baluchistan” package. It proved to be mere rhetoric. Even if Dr. Maalik tries his level best and gets his full powers through the 18th Amendment with all the designated funds, he will be only able to implement superficial change economically and more importantly will be impotent to stop the conflagration. This will further exacerbate the contradictions, as the masses will want to see real changes in their daily existence leading to their full emancipation. But the basic question is that there are no funds in the debt-ridden semi-bankrupt state to spend. The reality is that just to finance debt servicing, military and dreaded security expenditures, they have to go with a begging bowl to the IMF, World Bank and other international financial institutions periodically.

The minerals, wealth and resources of Baluchistan can only be utilised for the ordinary citizens of Baluchistan when they are collectively in their control. This means that the imperialist assets and their ownership of these resources have to be expropriated. This cannot happen under capitalism. Would Dr. Maalik be prepared to abolish capitalism?

Nawaz Sharif’s much touted generosity hides the fact that it is yet another ploy of the Pakistani state and its imperialist bosses to continue the exploitation of Baluchistan to plunder its wealth. The middle class Baluch leader in the last analysis will end up doing their dirty work if he remains within the confines of the system and its state. Individuals from the middle and toiling classes when inducted into state power don’t change the system, but it is the system that converts them into custodians for the rule of capital. Sharif is a shrewd businessman and an astute negotiator. The deal he did in Baluchistan is to the benefit of the capitalist elite not against them. But the system he represents is in terminal decay and will fail to deliver. Sooner rather than later the intensity of the crisis will explode the contradictions simmering in society. As the revolt against this right-wing capitalist regime erupts, the masses in Baluchistan will have a chance to join this movement and avenge the national and class oppression inflicted on them by this system for generations.