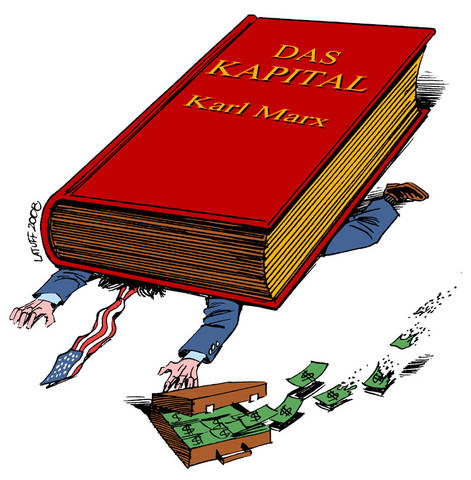 “Marx is back in fashion.” So says the London Evening Standard (editor: George Osborne!) as the “sexy socialists” push Karl Marx and Das Kapital back into the limelight.

In fact, despite the belated enthusiasm for Marxist ideas from the Evening Standard, there has been a growing interest in Marxism over the last decade, not least because of the financial crash of 2008. Then bookshops were reporting a sharp rise in sales of Marx’s works as people sought to find an explanation for what had just hit them. A pocket edition of The Communist Manifesto became a best seller both in Europe and in Britain. Young people in particular have been engaging with what Marxists have to say.

Now shadow chancellor John McDonnell has jumped in, saying on the Andrew Marr show that there is “a lot to learn from reading Das Kapital”. Within hours the BBC News website had posted a piece on the relevance of Marx’s Capital, explaining that it was “written in the middle of the 19th Century by German philosopher and economist Karl Marx, Das Kapital is essentially a description of how the capitalist system works and how, Marx claims, it will destroy itself.”

Now Samuel Fishwick at the Evening Standard (Tuesday 9th May edition) has taken up the issue noting that “Young, ‘sexy socialists’ are… pushing Marxism back into the student mainstream…[including] the Britain-wide Marxist Student Federation, which has 8,404 followers on Facebook.”

The Evening Standard goes on to quote Ben Gliniecki from the Marxist Student Federation (MSF) as saying,

“Young people see we’re going to have a worse standard of living that our parents had, particularly in London… We’re probably never going to be able to afford to buy a house, our kids are going to go to worse schools, and we’re going to have worse healthcare. We’re sick of people trying to patch up the system and kick the can down the road a little bit. We want to see it change.” 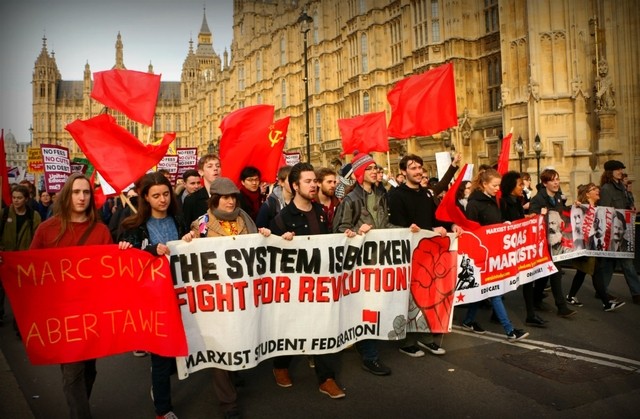 The Standard reporter notes that thousands of young people will come into contact with the MSF at the fresher’s events this autumn, as Ben explains:

"It wasn’t long ago when you couldn’t talk about the idea of anti-capitalism. I remember when I was first getting into politics that you could just about talk about socialism because it was on the Labour Party membership card, but if you started talking about anti-capitalism people would balk. Then the crash happened and people’s thinking changed.”

Indeed they have. The system has failed; workers and youth are rejecting the failed methods of the establishment and looking for alternatives.

With the 150th anniversary of the publication of Volume One of Capital approaching, Socialist Appeal and the International Marxist Tendency will be explaining how Marx’s ideas are as relevant today as they have ever been. We will soon be publishing, for example, a major feature on how Marxism has impacted on the Labour Party.

On 16th September, meanwhile, we are hosting Capital in a Day in London, with six sessions covering the revolutionary ideas contained within Marx’s great work. (Tickets Here)

Our Well Red bookshop also has a large number of books about Marxism available to buy.

As Marx himself put it though: “The philosophers have only interpreted the world… the point however is to change it.”

If you want not only to understand the world, but also to change it, then get in contact with us now: join us; become a Socialist Appeal activist; and get involved in the fight for socialism, which – as Marx explained long ago - is the only way forward. 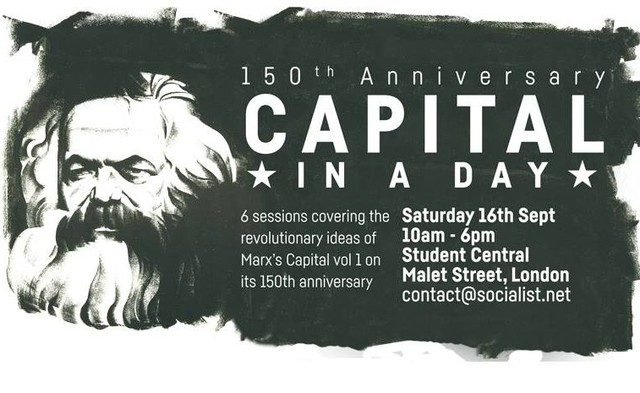