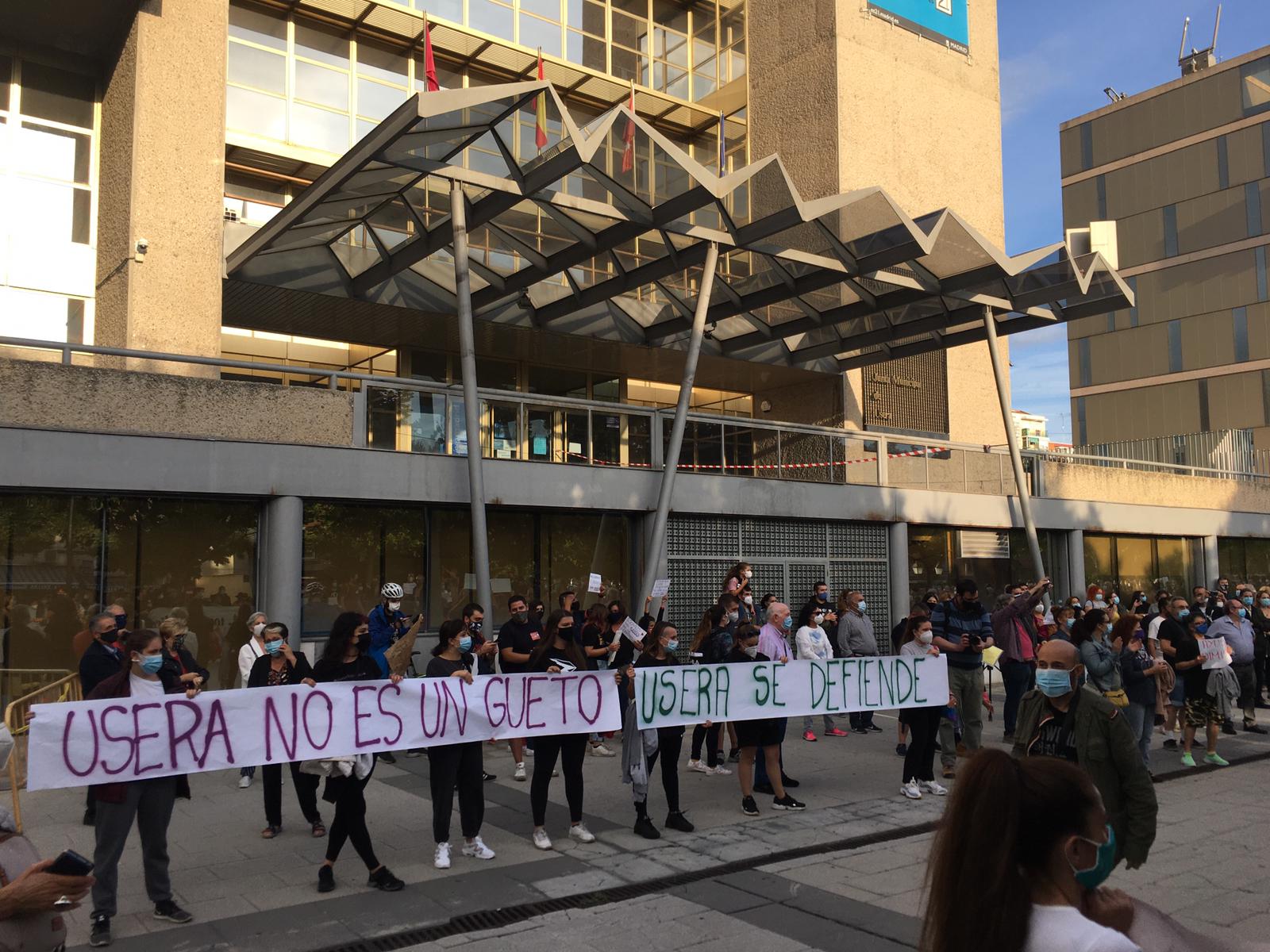 On Friday 18 September, the President of the Community of Madrid, Isabel Díaz Ayuso of the right-wing PP (Popular Party), announced a “selective confinement” of 37 zones in the southern districts and towns on the outskirts of the capital. These are home to some of the poorest neighbourhoods and also those hardest hit by the COVID-19 pandemic. This discriminatory and ineffective measure, implemented on Monday 21 September, sparked immediate outrage amongst the residents of these working-class neighbourhoods who have come out in a series of protests.

Madrid has again become the epicentre of the coronavirus in Spain, with an average of 598 cases per 100,000 residents: double the national average. The new measure has been implemented in areas of Madrid where the incident rate is now 1,000 cases per 100,000 residents in an attempt to contain the alarming spread. The measure is already being demonstrated as insufficient today (Wednesday 23 September) as “selective confinement” has been extended to a further 16 zones that were already over the incident rate of 1,000 cases on Friday.

The measure’s main aim is to restrict the entering and leaving of the southern districts but allows travel for work or force majeure. In a capital city in which hundreds of thousands of people are moving around on packed metro lines, suburban trains and buses, the worst hit areas, which are being restricted by this measure, have the highest total mobility rates. For instance, 57 percent of Villa de Vallecas (with an average household income of 39,800€ a year) residents travel more than three kilometres for work every day compared to a mere 37 percent of the wealthier residents of Salamanca (average income of 57,000€ a year). Residents of the central, more affluent neighbourhoods are more likely to work from home or closer to home, whereas those in the south must travel into the centre to work in a job that cannot be done online. Furthermore, only 7.2 percent of Chamberí residents in the centre (average income of 50,000€ a year) travel on public transport during the morning rush hour between 6-10am, whilst the travel rate is double that at rush hour in the southern districts. As Fernando Rodríguez Artalejo, Department Head of Public Health in UAM University points out, the districts of Madrid “are not airtight compartments”, these measures are ineffective and clearly show that the health of the residents is not the priority.

Ayuso said that calling for a new state of alarm or quarantine measures, as was the case earlier in the year, must be avoided “at all costs” in order to prevent economic disaster. On this basis Ayuso prefers to risk the lives of thousands of workers in order to keep the economy going with their labour. Thus, capitalist profits take precedence over peoples’ lives. What has really sparked ire and indignation amongst the workers was Ayuso blaming the spread of the virus on “the lifestyle of our immigrant [population] in Madrid”. In response to this discriminatory policy of selective confinement, coupled with the openly racist and prejudiced comments of Ayuso, the neighbourhood associations of working-class areas of Villaverde, Usera, Vallecas and Carabanchel came out in a spontaneous protest in Puerta del Sol (the main square in the heart of the capital) on Friday night, 18 September, then again mass protests took place on Sunday 20 September in all of these neighbourhoods with tens of thousands taking to the streets, shouting support from the balconies or joining in the march as the protesters walked by their flats.

The mobilisations so far show no signs of letting up as a further protest has been planned for next Sunday 27 September, backed by a declaration signed by the Regional Federation of Neighbourhood Associations (FRAVM), as well as major trade unions and left-wing parties, denouncing the current state of affairs. The most radical and militant demands have come from the neighbourhood associations of the confined districts, who have written a Manifesto for the Dignity of the South, which completely rejects the anti-working class and racist policy of selective confinement. It calls for more effective methods to tackle the spread of the virus, including much-needed investment in the southern districts in education and healthcare. The manifesto denounces the decades of neglect from the city council, which is one of the main factors as to why these neighbourhoods are suffering so much from the virus: “our lifestyle is what the majority are condemned to for lack of investment, we did not choose it.” 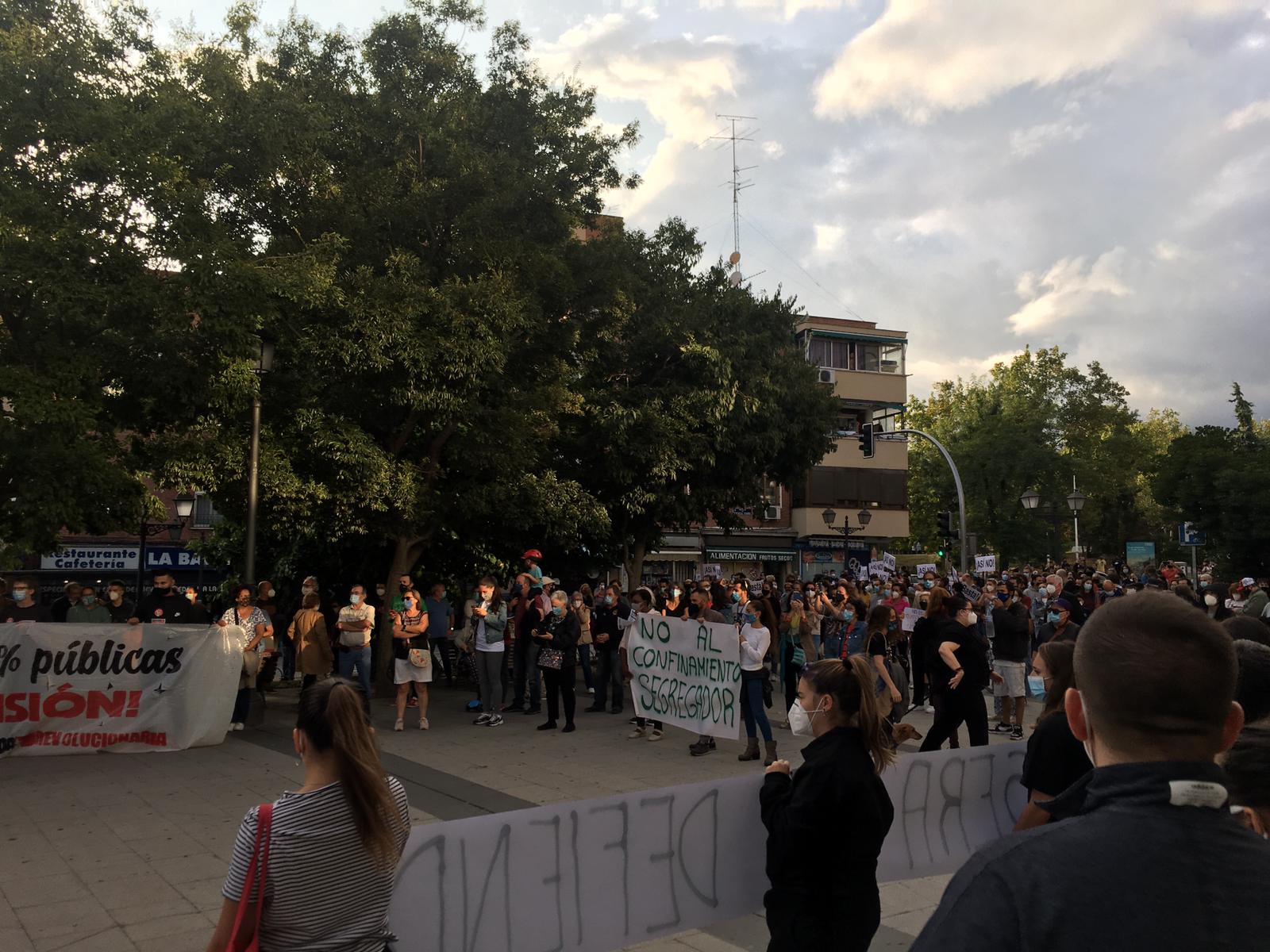 These working-class neighbouroods have felt the sharp edge of the crisis. Now, they are discovering their strength / Image: Roberto Zocato

In fact, the last investment plan to improve the southern districts was in 1997-2003, and was insufficient and unfinished. The Villaverde Neighbourhood Association presented a list of 200 measures to bring their neighbourhood up to par with the other areas of Madrid, which have not been implemented. The people of Vallecas, Usera, Carabanchel and Villaverde feel demonised by Ayuso and her administration, and with just cause. They have been blamed over the years for high crime rates, drug abuse and now the spread of the pandemic. Residents interviewed in Puente de Vallecas pointed out that “the people are not doing as they please and getting infected as a result, it’s because we live closely packed in together in small houses”. They also importantly state that it is a privilege to be able to stay at home and for many working class families in the south of Madrid “either COVID-19 kills us or hunger will.” If we take a look at the statistics, as well as the international situation, we can see that the most impoverished regions of the world are the most affected by coronavirus. In Puente de Vallecas, the average house size is 84m2 and 1,240 cases were reported there in the 14 days leading up to the report. In Chamartín, the average house size is 135m squared and there have only been 483 cases registered in the same time period.

These working-class neighbourhoods in the south have whole families sharing single rooms and tiny flats, and are made up of mostly precarious workers who move about frequently on public transport to work in person. Unintentionally echoing the famous quote of Ted Grant that not a lightbulb shines without the kind permission of the working class, the Manifesto written by these militant neighbourhood associations proudly reminds the government that: “without us there would be no care for the elderly, no clean streets nor public spaces, no takeaway deliveries nor purified water.” These neighbourhoods are taking action and demanding more healthcare workers in their medical centres, more frequent metro and overground trains so that commuters can spread out and socially distance instead of being packed like sardines and breathing on each other through their masks. They are also in need of comprehensive tracking and testing to accurately ascertain infection rates and properly contain the spread of the virus.

Yesterday, with 3,682 new cases and 39 deaths in Madrid reported in the previous 24 hours, Ayuso accepted that it is “incoherent to apply measures in some zones and not in others”. With almost half of all COVID-19 cases in Spain, more drastic measures are needed than 10pm curfews and table service rather than service at the bar.

With that in mind, the comrades of the Spanish section of the IMT have listed a series of demands to properly tackle the growing number of coronavirus cases and protect the working class neighbourhoods of the capital:

The large numbers that participated in the hastily convened semi-spontaneous demonstrations at the weekend are a reflection of the accumulated anger below the surface. For most of the pandemic it has been the right wing that has tried to mobilise in the streets, using COVID-19 as an excuse. Now the working class is taking its revenge, coming out in defence of health service, state education and against the anti-working class policies of the right wing. If the neighbourhood associations, the trade unions and left-wing parties and organisations were to give this anger an organised expression through a regional general strike, the days of Madrid’s right-wing regional government would be counted.