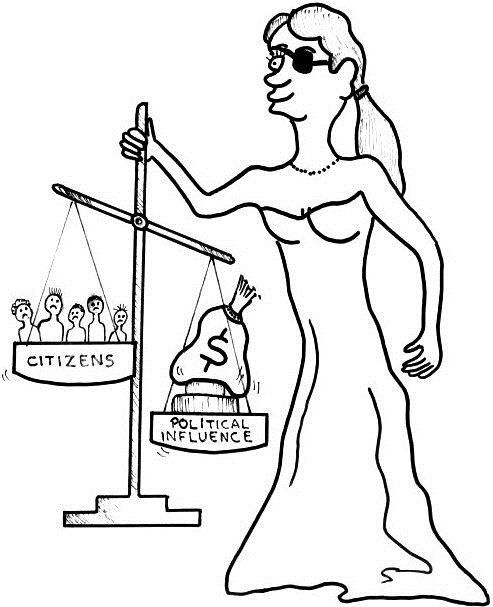 The Justice and Security Bill, published for debate in May 2012, deals with matters relating to the secret services. Most controversially, it includes proposals to introduce ‘Closed Material Procedures’ (CMPs), also known as ‘secret trials’, to civil damages proceedings in the UK. Such procedures are already used in criminal trials, and some immigration and employment cases. This would prevent one party to proceedings from seeing or challenging evidence when it is deemed necessary to protect ‘national security’.

Rather than using a lawyer of your choice, a ‘Special Advocate’ will be appointed to your case, but will not be allowed to discuss the evidence with you. Furthermore, the reasons for the judgment of the court will be withheld, and public scrutiny of the decision prevented. This is a major assault on the democratic right to an open and free trial.

Ken Clarke, minister without portfolio for the Tory party argues that such measures are necessary, since the government is forced to settle expensive claims where allegations of torture and extraordinary rendition are made. Currently, civil claims are subject to the Public Interest Immunity procedure. Where both parties are unable to see the evidence, this evidence cannot be relied upon, recognising the principle of equality before the law that supposedly underlies our legal system.

According to Clarke, it is impossible for the government to properly challenge claims against it, as to present evidence supplied by the security services would compromise ‘national security’. Therefore it is argued that such evidence must be presented in secret, without the person affected ever being able to know about it or challenge it.

As pointed out by Louise Christian, a solicitor experienced in bringing civil proceedings against the government for its complicity in torture, several Public Interest Immunity claims have been dropped by the government, after their basis was challenged by claimants. This would be impossible under the provisions of the new act, as claimants would be unaware of the alleged evidence against them.

Even the Special Advocates, the lawyers chosen by the state to act in secret trials have come out against the proposals, even though they would be set to benefit financially from the proposals due to the greater workload available.

The ‘need’ for secret courts?

The question must be asked, ‘why is the government so keen to implement these provisions’?

Firstly, there are concerns that the secret court provisions would be increasingly used to hide evidence that is simply embarrassing to the government. Given the imperialist wars in Afghanistan, Iraq, and Libya, both this and the previous government have plenty to be embarrassed about, including complicity in torture, illegal renditions, and military atrocities.

Some, including Philippe Sands QC, a prominent international lawyer, and the most recent Liberal Democrat to leave his party over the issue, have suggested that the government is under pressure from the USA to implement the bill, as otherwise the US will refuse to continue to share sensitive intelligence information with the UK.

This is likely to be true, and exposes the real meaning of the ‘special relationship’ between the US and the UK, i.e. the relationship between a master and his servant. No longer the ‘workshop of the world’, the representatives of British capitalism are more than willing to oblige the most powerful capitalist economy, in order to further their own imperialist interests.

Secondly, the government is likely to be expecting enormous liabilities for claims made against it by those mistreated by the secret services and the military. For instance, Khalid El-Masri, a German national, was arrested and illegally abducted by Macedonian police in 2003, handed over to the CIA for torture, before being flown to Afghanistan where he was held for four months.

The CIA eventually released him after admitting that he was arrested on the basis of mistaken identity. Although his claim for compensation was dismissed by the US courts (who alleged the protection of state secrets), he was awarded €60,000 compensation in December 2012 by the European Court of Human Rights, to be paid by the Macedonian government.

It is likely that many such cases exist against the British government, who at the same time are cutting billions of pounds from government budgets due to the crisis of capitalism.

For example, the government agreed to pay £2.2 million to Libyan dissident Sami al-Saadi in December 2012, in order to settle a claim brought by him alleging MI6 involvement in his illegal rendition in 2004. According to documents found in the Tripoli office of Libya’s former spy chief following Gaddafi’s fall, MI6 facilitated al-Saadi’s rendition following the ‘deal in the desert’ by Tony Blair to open up Libya to British imperialism. The case is used as an example by ministers as to the need for secret courts in Britain. No doubt the financial implications of being able to defend cases without any effective challenge to the evidence are at the back of these ministers’ minds.

The issue of secret courts has sparked fury among Lib Dem supporters, many of whom looked to their party as a protector of civil liberties. The Lib Dems have twice voted at their conferences to reject proposals for the expansion of secret courts into civil proceedings. Despite this, at a Commons debate last week over an amendment to introduce further ‘safeguards’ to the bill, only seven out of 57 Lib Dem MPs rebelled against the coalition government.

This prompted high profile resignations from Dinah Rose QC, and Jo Shaw (a former parliamentary candidate) at the party’s recent spring conference in Brighton. There is clearly huge anger within what is left of the Lib Dem support against their leadership’s betrayal of what is seen as Lib Dem ‘core values’.

The Lib Dem leadership is conscious of the need to present a strong ‘united’ coalition government, in order to carry through the austerity needed to keep the capitalist system going. However below the surface, cracks are appearing within the party, which could lead to a further deterioration of relations within the coalition.

Scandalously, the Labour Party leadership has not campaigned for the rejection of the bill, but has simply attempted to pass amendments to impose ‘judicial safeguards’. Given the record of the leadership under the New Labour government, this is unsurprising; however this is a serious error and should be resisted by rank and file members and trade unionists.

Although the government argues that secret courts are necessary in order to protect ‘national security’ from terrorist attacks, trade unionists need not be reminded of the activities of the ‘security’ services in the labour movement. For example, the recent blacklisting scandal of construction workers by the ‘Consulting Association’ revealed information on trade unionists that could only have been obtained by MI5 or the police.

Engels explained that the state arose at the same time as class society, due to the irreconcilable interests of an exploiting and oppressed class. State institutions, which include armed bodies of men, in addition to the courts, prisons, and government, appear to become raised above society. However in the final analysis, the state is a tool of the ruling class, used in order to suppress the overwhelming majority of society, the exploited class. Today we have a state of the capitalists and landowners, in order to suppress the struggles of the working class.

We do not have to look back as far as to the Tolpuddle Martyrs to find examples of the capitalist state being used against the working class. Today, oppressive trade union laws are used in an attempt to weaken the power of organised labour. Thousands of miners in the strike of 1984-85 were prosecuted for picketing, many under medieval laws of ‘watching and besetting’. In 1972, building workers in Shrewsbury were imprisoned, for taking strike action to improve their conditions. In the same year, we saw the arrest of the ‘Pentonville Five’, where five dockers were imprisoned for picketing, only to be released when the TUC was forced to call a general strike.

The ‘national security’ that MI5 and MI6 work to protect, is not therefore limited to preventing bomb attacks, but extends to protecting the ‘national security’ of the capitalist class. The infiltration of MI5 agents into socialist organisations, as openly admitted to by the security services, should attest to this. It should not take a stretch of the imagination therefore to realise that secret court procedures could be used against the Labour movement. This is all the more likely as the class struggle intensifies, due to the deepening crisis of capitalism worldwide.

Marxists defend democratic measures, no matter how small, as they allow the working class better room to struggle against the capitalist system. The proposals for secret courts must be resisted by the labour movement at every level. Going further, secret courts should be abolished altogether, including in criminal, immigration and employment trials. We call on the Labour Party leaders to take a stand against this erosion of democracy, rather than submit to the pressures of capitalism.

This said, Marxists do not foster illusions in the courts, judges, police, or parliament as it currently stands to be able to solve the problems of capitalism. The ‘democracy’ of the system as it is remains a democracy for the capitalist class, with the working class excluded from political life in a thousand and one ways. Parliament exists as a talking shop; real control over the economy remains with the handful of business owners and bankers, who in their decisions where to invest affect the lives of millions.

As Marx pointed out, we enjoy the privilege of every five years or so being able to decide which members of the ruling class are to misrepresent us in parliament. No matter who we elect on a capitalist basis, the needs of the market come first, as recognised by the current Labour leadership when they say they will continue the austerity regime if elected.

The socialist transformation of society is the only guarantee of achieving a genuine democracy. By nationalising the banks and big monopolies under democratic workers’ control, a rational socialist plan based on peoples’ needs can be implemented. By reducing the working week, ordinary people will have the opportunity to become involved in the running of society. Rather than the self serving politicians of today, workers representatives would be paid no more than an average skilled worker and subject to recall. This would mean a flourishing of democracy, in contrast to the democracy of the bourgeoisie that exists now.

Socialism would not stop at Britain, but must be extended globally. On the basis of a voluntary union of socialist states, poverty, hunger, unemployment, and war would be eliminated. This is the only real way to eradicate terrorism, which is a symptom of the extreme decay of the capitalist system -  a system that is unable to provide even a semi-civilised existence for billions of people across the world.