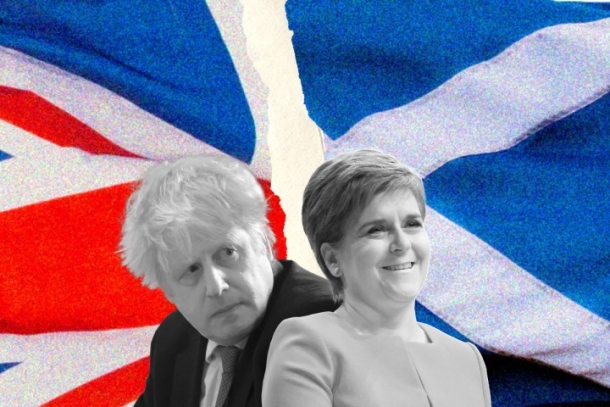 SNP leader Nicola Sturgeon has announced plans to push for a second Scottish independence referendum, setting Holyrood on a collision course with Westminster and the UK courts. Only mass struggle can secure Scotland’s right to self-determination.

The Scottish independence movement has waited for years for a serious announcement about a second referendum. The 2014 poll ended in defeat for Yes, but the moral victory was theirs.

The movement grew to become a mass opposition to the decaying status quo of British capitalism; an outlet for the burning class anger felt by millions of workers and young people. 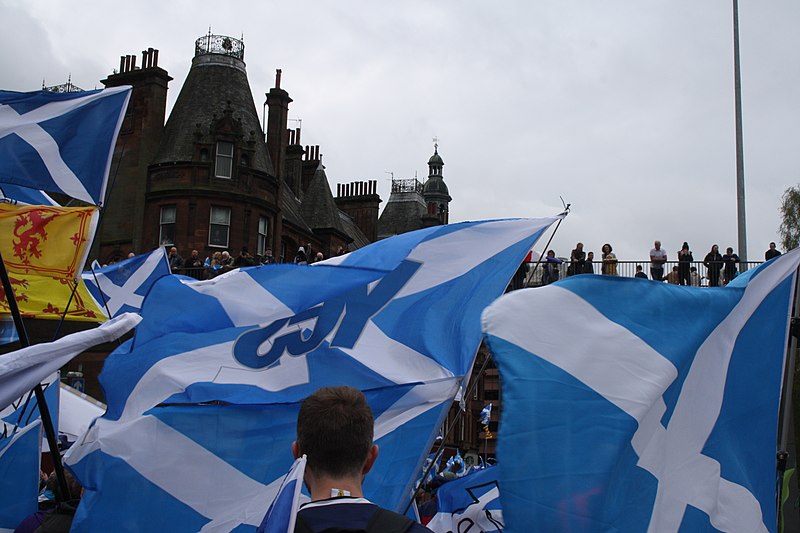 The 2014 independence movement grew to become an outlet for the burning class anger felt by millions of workers and young people / Image: Azerifactory

This marked the beginning of a series of back-to-back traumatic shocks and political earthquakes for the ruling class in Britain, resulting from the dead-end of the capitalist system.

But the question has not gone away since, sustaining the SNP’s supremacy in Scottish politics and its leadership over the independence movement.

The support for independence is not just a passing mood, but a reflection of a deeper malaise within society; and of a deeper crisis for British capitalism and the Union.

For many, whether or not there will be another independence referendum is a question of when, not if. But there is also the key question of ‘how?’.

This is what Nicola Sturgeon finally sought to address with her two announcements this month.

Since the last referendum, the SNP leaders have attempted to keep the movement in what some of their aides call a ‘holding pattern’: trying to maintain support and enthusiasm for independence in a high state, but without making any bold moves towards it.

This was the supposed plan behind the multiple false starts to the IndyRef2 campaign. 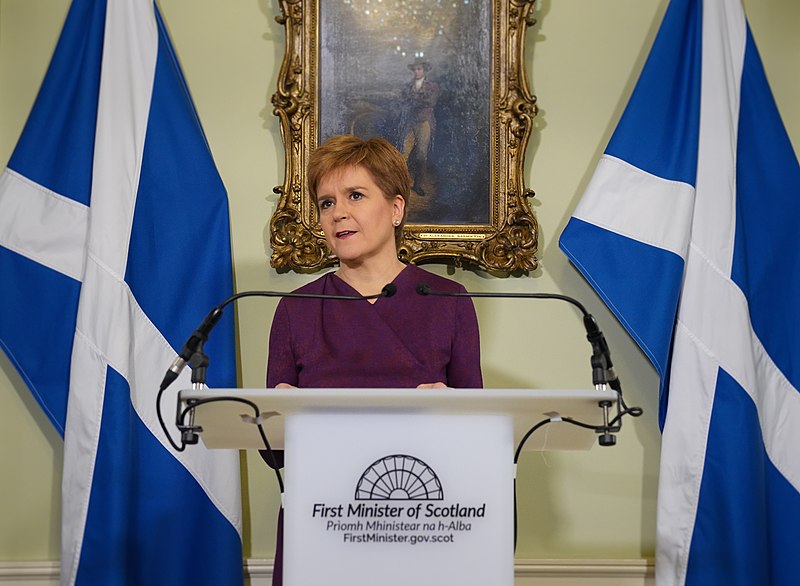 The SNP won elections each time asserting its mandate for an independence referendum, but has done nothing so far to actually make it any more likely / Image: Scottish Government

The SNP were buoyant after smashing Labour and taking all but three Scottish seats at Westminster in the 2015 general election. A year later, they won the Holyrood elections claiming a mandate for independence.

In the wake of the Brexit referendum in June 2016, when Scotland’s ‘Remain’ vote was trumped by the ‘Leave’ votes of England and Wales, Sturgeon said there must be a new referendum.

Instead, we got the SNP’s ‘national survey’ to supposedly measure support for independence and prepare for the campaign. A year later, this plan was practically forgotten, and Sturgeon was telling campaigners to wait until Brexit was done and dusted.

When the time came in spring 2019, Sturgeon again called for a second vote in 2021. The SNP leader relaunched the ‘Yes campaign’, but in the end this was not much more than a website. This too was quietly abandoned.

The SNP won elections in 2016, 2019, and 2021, each time asserting their mandate for an independence referendum. But nothing the party has done so far has actually made it any more likely.

Polling indicates that support for independence consistently sits at a historic high of around 50%, fluctuating upwards with each new episode in British capitalism’s terminal crisis. 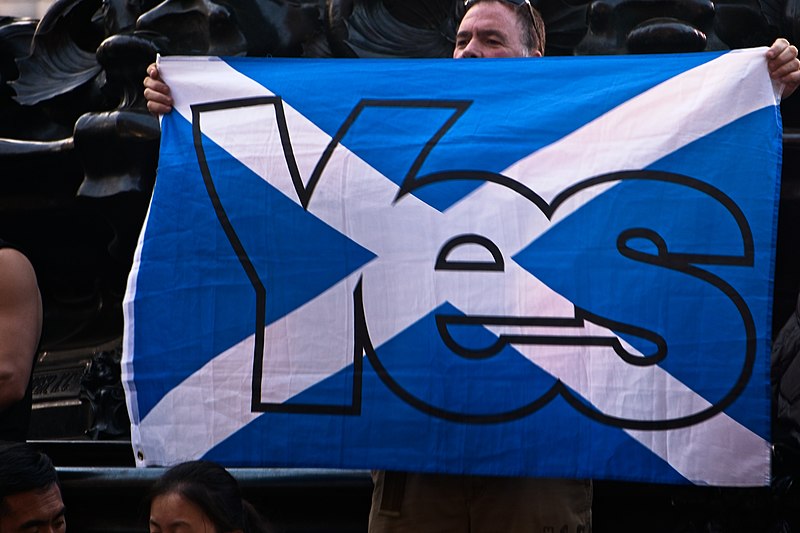 Polling indicates that support for independence consistently sits at a historic high of around 50% / Image: Garry Knight

Formally, then, the SNP are in a strong position. But they are seemingly unable to achieve what they promise.

Whenever the crisis has reached fever pitch, such as in the wake of the Brexit vote, or at the time of the autumn 2020 COVID lockdown, the SNP leaders have deliberately wasted the opportunity to seize on the discontent and anger in society.

Instead, they have been intent on playing the ‘adults in the room’, and have moved even more cautiously. They are constantly getting people’s hopes up and then disappointing them.

This has tested the patience of independence movement supporters. It was the grassroots Yes movement – and not the SNP – that brought about the sea-change in opinion in 2014. And independence activists have maintained constant campaigning ever since.

In more recent years, however, the mass marches and enthusiasm have somewhat declined: attendance is down; there are noticeably fewer young people; and splits over certain personalities have created deep divisions.

Sturgeon and the SNP tops have always kept this grassroots movement at arm’s length. Yet they are unable to fully control it.

In place of mass mobilisation, the SNP leaders have consistently based themselves on issuing expertly drafted reports and papers about the viability of Scottish independence – all on a thoroughly conservative capitalist basis.

This is thin gruel to the movement, however, who are not just uninspired by such a strategy, but who actively reject it.

The 2018 report by the Sustainable Growth Commission – another SNP distraction – was a clear case in point: advocating an extreme post-independence deficit-cutting austerity programme; and suggesting that monetary policy should be left in the hands of the Bank of England for decades.

As such, this report was even opposed by much of the SNP rank-and-file. Yet Sturgeon is going to try and feed more of this to us.

Consequently, the SNP leader’s 14 June announcement passed by without much interest. Within this speech, however, she hinted at a more serious proposal for a second independence referendum next year. That announcement came yesterday.

Up until this point, the question of an IndyRef2 has been at an impasse. The SNP are clear that they want a new referendum on the same basis as the last one in 2014 – with agreement and consent from the UK government, signified by a so-called Section 30 order.

But as is known to everyone, Boris Johnson – and every other Tory in Westminster – refuse to grant this consent. 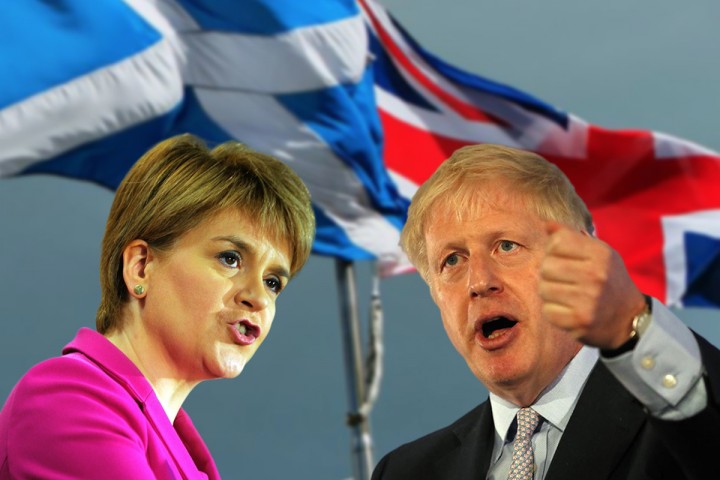 Boris Johnson – and every other Tory in Westminster – refuse to grant consent for a legal referendum / Image: Socialist Appeal

The SNP leaders have decisively ruled out doing anything that could be construed as illegal – such as just going ahead and holding a referendum anyway, as happened in Catalonia in 2017.

As bourgeois nationalists, they are unwilling to push beyond the boundaries of bourgeois legality, or the vague conventions of the British constitution. They are thus forced to try and contrive some kind of lawful argument or legal justification for holding a referendum without Section 30.

In her latest announcement yesterday, Nicola Sturgeon made it perfectly clear that the Scottish government was not pursuing a so-called ‘wildcat’ referendum.

Instead, Holyrood leaders will be seeking an answer to this point of law: whether the Scottish Parliament has the right to call a referendum without Westminster’s consent. This has been referred to the UK Supreme Court, where Sturgeon sincerely hopes to get a positive answer.

We have been here before. In 2019, it was the SNP who led the legal challenge to Boris Johnson’s prorogation of the UK Parliament, pinning their hopes for ‘democratic checks-and-balances’ on the whims of a handful of judges. In that case, a light was shone on the dark and foreboding edifice of judicial supremacy.

The legal arguments had an almost Orwellian character, as advocates argued over whether Boris Johnson had ‘lied to’ the Queen when she rubber-stamped his ‘illegal’ request to have Parliament dissolved.

The fact that no ‘checks-and-balances’ actually exist, that the ‘rule of law’ is a sham, and that the ruling class wields political power as it needs to was revealed to everyone. Nobody in the Tory government faced any consequences for this ex-post-facto ‘abuse of power’.

In the court’s hands

Sturgeon has no choice now but to pass the SNP’s independence referendum bill in Holyrood, with the chosen date of 19 October 2023.

The legal question cannot be answered before this, as the Supreme Court already refused to rule on it when petitioned by the independence campaigner Martin Keatings in 2021, dismissing it then as hypothetical.

The Tory government would anyways have launched their own legal challenge upon the bill’s passing. But Sturgeon has chosen to beat the Tories to it, and refer the matter to the court herself.

Once this bill is passed, Sturgeon has left it entirely in the hands of the judges to decide whether Scotland’s democratic right to self-determination will be respected, or whether the Scottish Parliament will have violated the constitution.

We cannot say for certain what these judges will decide. But it seems highly unlikely that the British establishment – and its apparatus in the state and the courts – would allow a vote to go ahead that would put the Union at risk.

The Scottish government is attempting to keep the legal advice it has received secret – not unusual in itself; but with such a high-stakes case, it leaves one wondering what they have to hide.

Sturgeon and the SNP leaders may themselves be uncertain of the outcome, or even expect the bill to be struck down. If so, then it becomes clear that legislating for a vote in 2023 is just another attempt by the SNP to kick the can of independence down the road.

In reality, the proposal for an October 2023 referendum may not be the actual target for Sturgeon and the SNP.

As part of her announcement to the Scottish Parliament, the First Minister stated that if this 2023 referendum request is rejected, then her party will fight the next UK general election – due to take place by January 2025, at the latest – as a de-facto referendum on independence. 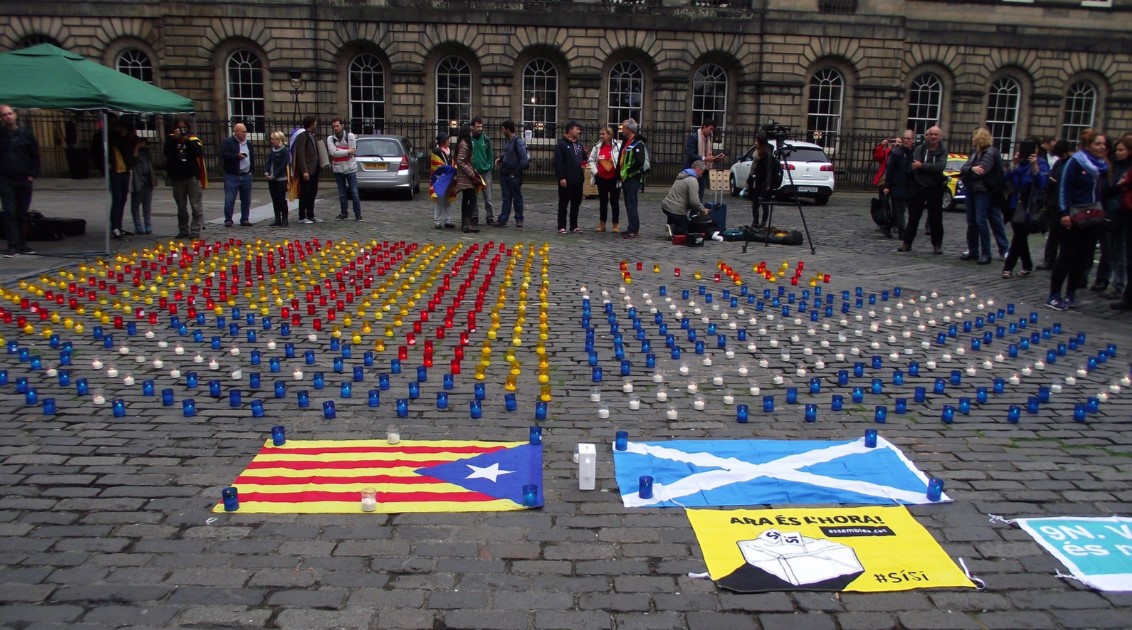 As the events of the 2017 Catalan referendum showed, a struggle outside the realm of legality could only be pursued on a revolutionary basis / Image: byronv2

Exactly what this means is open to question. Are they talking about making a so-called ‘UDI’ (Unilateral Declaration of Independence) – that is, forming a provisional independent government and state?

Such an act would require a radical break with the UK constitution; with ‘the rule of law’, as decided by British judges: precisely the kind of action that the SNP have spent years distancing themselves from.

This would take the bourgeois SNP leaders completely outside the realm of legal arguments and moral force, and mean a direct confrontation with the ‘armed bodies of men’ that make up the state.

As the events of the 2017 Catalan referendum showed, such a struggle could only be pursued on a revolutionary basis, involving the mobilisation of the masses.

But Sturgeon and her bourgeois clique at the top of the SNP and Scottish government have made it abundantly clear that they are not at all prepared to go down this path.

Neither were the Catalan bourgeois nationalists, however. Having stoked this fire, and excited the hopes of the masses, the situation developed according to its own logic, outside the control of the bourgeois leaders.

And the same dynamic would no doubt occur if Scotland was set on a collision course with Westminster and the British establishment.

Sturgeon is right to say that the refusal of the Tories and the Supreme Court would only make people more angry, and more convinced of the need for independence.

This has the potential to rouse the working class, which is already beginning to awaken in Scotland and across Britain.

The class struggle is sharpening everywhere. In the process, these class battles are drawing out the reactionary wing of Scottish nationalism – with the SNP leaders’ attacks against striking train drivers and other workers – and the need to link the fight for independence to the fight for socialism.

The national question and the class question are not separated off from each other by a wall, but feed into and off each other.

Taken together, this spells doom for the ruling class. Globally, the capitalist system is facing a catastrophic collapse. In Britain, there is a complete crisis of the regime itself. Every pillar of the establishment is being eroded and undermined. The Tories are in turmoil. And the Union is being torn apart by centrifugal forces.

All of these splits and crises are a harbinger of revolutionary explosions across these isles. We must build the forces of Marxism in preparation for these titanic events.

Originally published on 29 June at socialist.net |