Following the report published last week on the Russian miners’ protest, yesterday (Monday) we received the following message from a comrade in St. Petersburg. 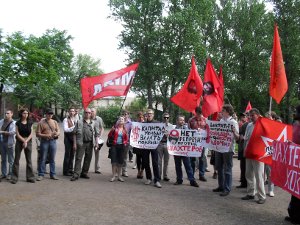 “As result of the blocking of the railway, all the main demands of the miners were agreed to by the local or federal authorities.

“Last Saturday we held a meeting of solidarity in Petersburg. There were 100 people present, including the TU leadership from the Ford factory, Nissan etc., as well as officials of the Communist Party of the Russian Federation (CPRF), including some Members of Parliament. The reaction of the people here has been very good.” 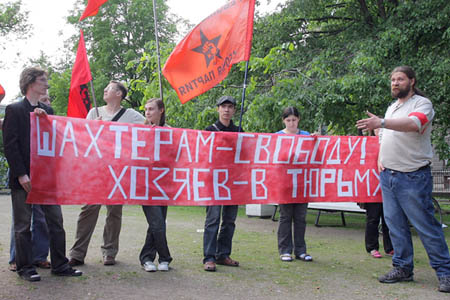