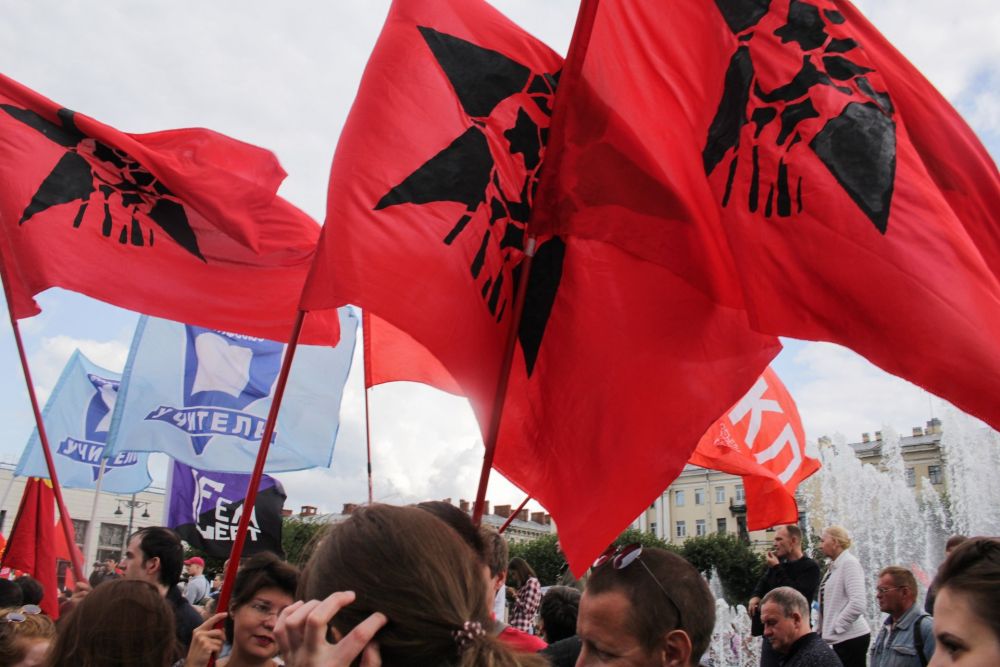 The Russian masses are in uproar over President Vladimir Putin’s attempt to raise retirement ages for men from 60 to 65, and for women from 55 to 63 by 2034. In addition, VAT is being raised from 18 to 20 percent. The tremendously unpopular ‘reform’ has sent Putin’s approval ratings plummeting by 15 percentage points (from 82 to 67), and has resulted in major demonstrations across the country.

In much of Russia, the average life expectancy is below the new retirement age, which means working-class Russians will be forced to work their entire lives and never see their pensions if the change is carried out. Furthermore, in poorer, rural towns, many families rely on pension income as young people are struggling to find work (official youth unemployment is 16 percent).

Despite attempting to bury the news by announcing the retirement age change on the opening day of the World Cup, the response has been a huge outpouring of anger.

On 2 September, country-wide rallies were held against the measure, organised principally by the Communist Party. 10,000 assembled in Moscow and around 2,000 in St. Petersburg, where comrades of the International Marxist Tendency (IMT) also intervened, distributing leaflets with our programme and demands. 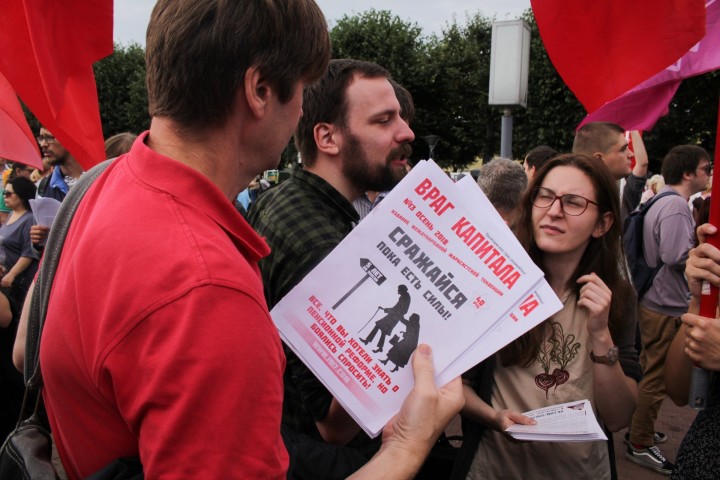 In St. Petersburg comrades of the International Marxist Tendency (IMT) intervened in a large demo against the pension reform, distributing leaflets with our programme and demands / Image: own work

These include the retention of the current pension age; replacing the existing pension fund with a fairer system paid for out of the profits of big businesses; the end of informal, ‘grey and black’ (semi-and-non-contractual) employment in favour of proper terms and conditions set by workers’ organisations and the establishment of grassroots committees to fight the reactionary pension reform. 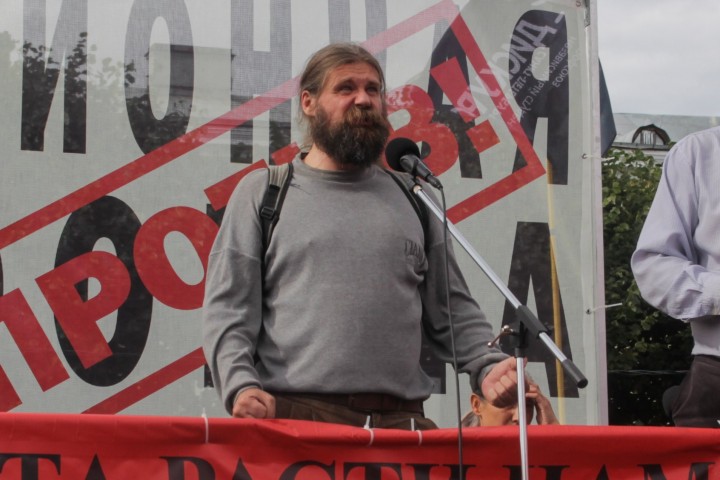 The Russian comrades mobilised a substantial bloc for the IMT and spoke alongside trade unionists and activists from local political organisations, getting a very good reception / Image: own work

There were also demonstrations in the Urals, the Caucasus, Siberia and Crimea. In St. Petersburg, people in the crowd carried banners declaring “We do not trust United Russia”, and pictures of a red fist punching a polar bear: the symbol of Putin’s ruling party. The Russian comrades mobilised a substantial bloc for the IMT and spoke alongside trade unionists and activists from local political organisations, getting a very good reception. Additionally, the comrades sold 50 copies of their paper and built interest for a large public meeting during a further day of action on 16 September, to coincide with regional elections. 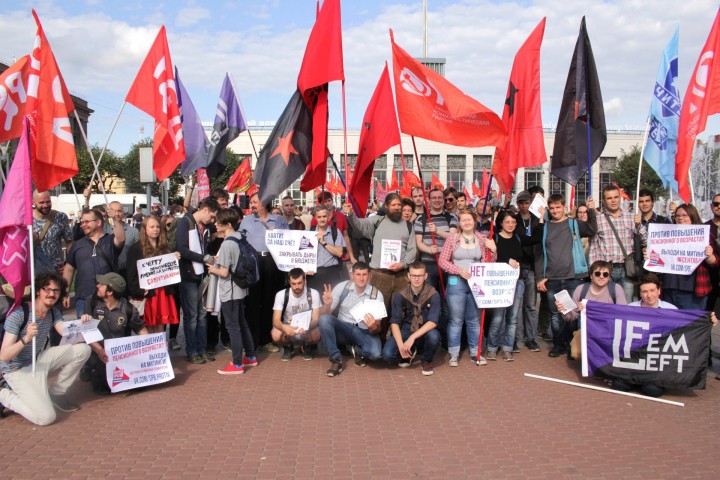 Comrades at the St. Petersburg demonstration on 2 Sept / Image: own work

A second series of countrywide protests was held on 9 September, this time organised by Russian oppositionist, liberal bourgeois Alexei Navalny. Navalny is clearly attempting to lean on the movement to further his own ends. Nevertheless, for now the movement remains out of his control. Our comrades once again intervened in St. Petersburg, although our participation was made more difficult by the fact that it was organised by this bourgeois politician. 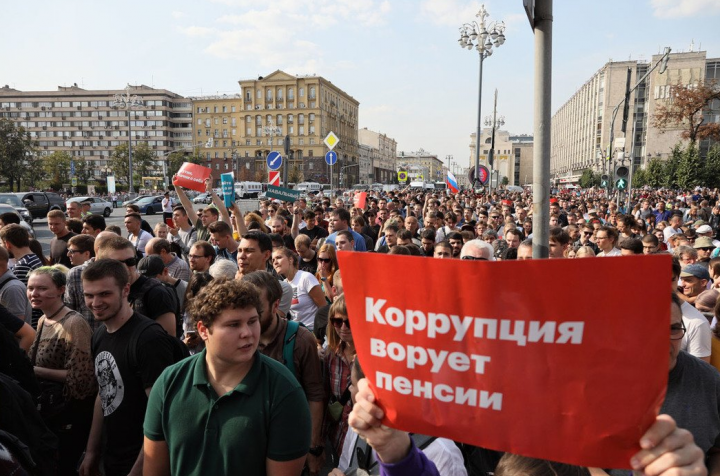 Putin has tried to soften the blow by revising the increased retirement age for women to 60 rather than 63, but this has done little to quell the masses’ anger / Image: fair use

The demonstration, several-thousand strong, stretched three kilometers and blocked all the main streets on the old Vyborg side of the city. Demonstrators faced a heavy police crackdown. Riot officers beat protestors with batons, and 452 people are estimated to have been detained: the highest of any individual city during the day. Across the country, well over 1,000 protestors were locked up. The situation was made worse in St. Petersburg as the liberal organisers led the rally into a police trap on the Pirogovskaya Embankment. Fortunately, comrades of the IMT managed, just barely, to evade arrest.

Following the backlash, Putin has tried to soften the blow by revising the increased retirement age for women to 60 rather than 63, but this has done little to quell the masses’ anger. This new crisis facing Putin’s government shows no sign of cooling.