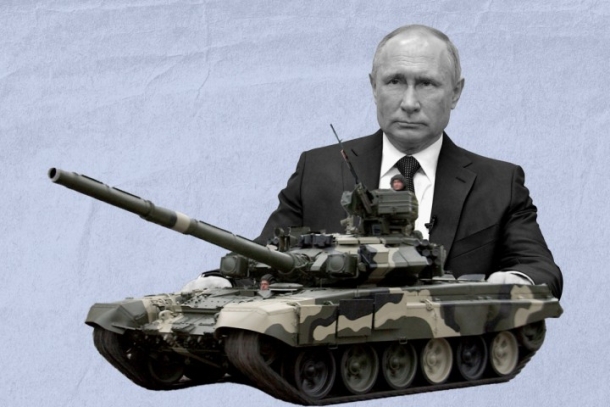 In the last 24 hours, a series of important announcements have been made by Russia regarding the war in Ukraine: partial mobilisation affecting 300,000 people, referendums in the Russian-occupied territories in Ukraine about their annexation to Russia, stiffer sentences for crimes related to military service and the warning that Russia will use “all means at its disposal” to protect its territorial integrity.

In a televised address, which was originally scheduled on the evening of 20 September, but was finally postponed to the 21st, president Vladimir Putin announced partial mobilisation in Russia. This is a significant step aimed to address the main Russian weakness in the war in Ukraine: its limited amount of manpower.

The announcement was followed by a pre-recorded statement by Russian Defence Minister Shoigu. The details of the mobilisation are as follows. Only reservists “who have served in the armed forces, have certain military professions and relevant experience", will be called. Shoigu added that mobilisation will start with those “with combat experience”. Those called up will have the same status and pay as contract servicemen, which also means they cannot leave until the “special military operation” in Ukraine is over.

Putin also announced referendums not only in Donetsk and Luhansk, but also in Kherson and Zaporizhzhia, on the question of annexation to the Russian Federation. These will take place between 23-27 September, and, of course, Putin said that he will “support their decision about their future“.

The day before, the Duma rushed through legislation providing for harsh jail sentences for a series of military service related crimes: disobeying orders, absence without leave, desertion, voluntary surrender, etc. The commission of these crimes “during mobilisation or martial law, during wartime” will be considered an aggravating circumstance. This is designed as a threat to the newly mobilised troops to obey orders.

Putin also addressed the heads of the military industrial complex, instructing them to speed up production of military hardware.

In explaining these decisions, Putin said that Russia is fighting “the entire Western military machine”.

“In real time, using modern systems, aircraft, ships, satellites, strategic drones, NATO carries out reconnaissance throughout the south of Russia”, he said. He specifically mentioned the issue of the West supplying long range missiles to Ukraine: “we constantly hear threats against our country… Some irresponsible politicians in the West not only talk about plans to organise the supply of long-range offensive weapons to Ukraine – systems that will allow strikes on Crimea and other regions of Russia – such terrorist strikes, including with the use of Western weapons, are already inflicted on the border settlements of the Belgorod and Kursk regions.” Referring specifically to nuclear weapons, Putin issued a clear warning: “If its territorial integrity is threatened Russia will use all the means at its disposal. This is not a bluff.”

It is clear that the Ukrainian offensive on the Kharkiv front, which resulted in a Russian rout in that section, starkly revealed the main weakness Putin faces in this war: the limited number of soldiers it has deployed. This was a factor all along, but the situation became worse with the Western delivery of rocket launchers and artillery pieces, particularly the HIMARs. These are not enough to reverse Russian superiority in firepower, but have allowed the Ukrainians to strike at the rear of the Russian operations. 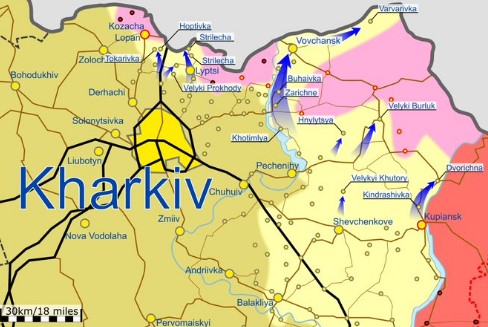 The limited deployment of troops (about 170,000) by Russia was designed to contain the impact of the war in Ukraine. By calling it a “special military operation” Putin wanted to give the impression that this was going to be a short lived, limited affair and insulate public opinion from the war.

After the Kharkiv offensive, that was no longer sustainable. Full mobilisation would carry important political risks for Putin. If the war is prolonged and the number of body bags returning from the front starts to pile up, then opposition to the war will inevitably grow amongst the families of the soldiers. This is the reason why he went only for a partial mobilisation.

The calculation is that 300,000 troops, almost trebling the current number, will be enough to achieve his objectives in Ukraine while at the same time limiting the potential political implications in terms of popular opposition to the war if things go wrong. Furthermore, these are people with certain military experience who will not require a long period of training. Some of them can be used in logistical tasks and to protect the rear, thus releasing the more skilled and professional troops to deal with the actual fighting at the frontline.

The decision to hold referendums in the four regions has a dual purpose. On the one hand, once these regions are annexed to the Russian Federation, the status of the war changes. If Ukraine makes any further advances or bombs these territories that will be considered as an aggression on Russian territory. It will also allow for the more regular Russian army formations to be deployed in these areas in order to free up more forces for offensive actions.

Secondly, Putin needed to reassure the population and officials in these regions that Russia is there to stay and will not flee as happened in Kharkiv Oblast. The Ukrainian government has threatened those that collaborated with the Russian forces with severe consequences, and several have already been assassinated. These referendums will go some way to reassure these officials, on whom Russia relies to carry the civilian administration.

Of course, these referendums will take place under armed occupation and in the middle of war. That doesn’t change the fact that a large proportion of those who remain in these regions are likely to be pro-Russian, with the majority of those opposed to Russia having already fled to Ukrainian-controlled territory. The fact that Kyiv has threatened those who participate with jail sentences of up to 12 years and confiscation of property, or the earlier threat of 15 years jail for any Ukrainians in the Russian occupied territories who applied for a Russian passport, would confirm that this is the case. If Kyiv was convinced of the anti-Russian sentiment of the population in these regions, they would surely have called for resistance rather than having to resort to threats.

When Putin talks about facing “the whole of the West”, he is trying to shore up support for the war amongst the Russian population, but he is not the only one to have made such a statement. There have been constant statements from Washington about being at war with Russia and even Biden declared that the aim was regime change in Moscow. Even yesterday, Spanish PM Pedro Sanchez declared that “Putin is at war with the whole of Europe”.

The aim of partial mobilisation is to allow Russia to achieve its immediate aims in the war. In the last few days since the Kharkiv offensive there has been constant prodding by the Ukrainian army along the Oskil river, crossing it at certain points, and several back-and-forth battles for control of the eastern side of Kupianks, on the right bank of the river (Ukraine controls the western side). Also in the area around Lyman, Ukrainian forces have crossed the Siverski Donets river in two or three points, though the Russians have so far been able to hold the line at this crucial town. Finally, the Ukrainian forces have been pushing towards Luhansk at Bilohorivka. Therefore, Russia’s first aim is to stabilise the frontline along the Oskil and Siverski Donets rivers. 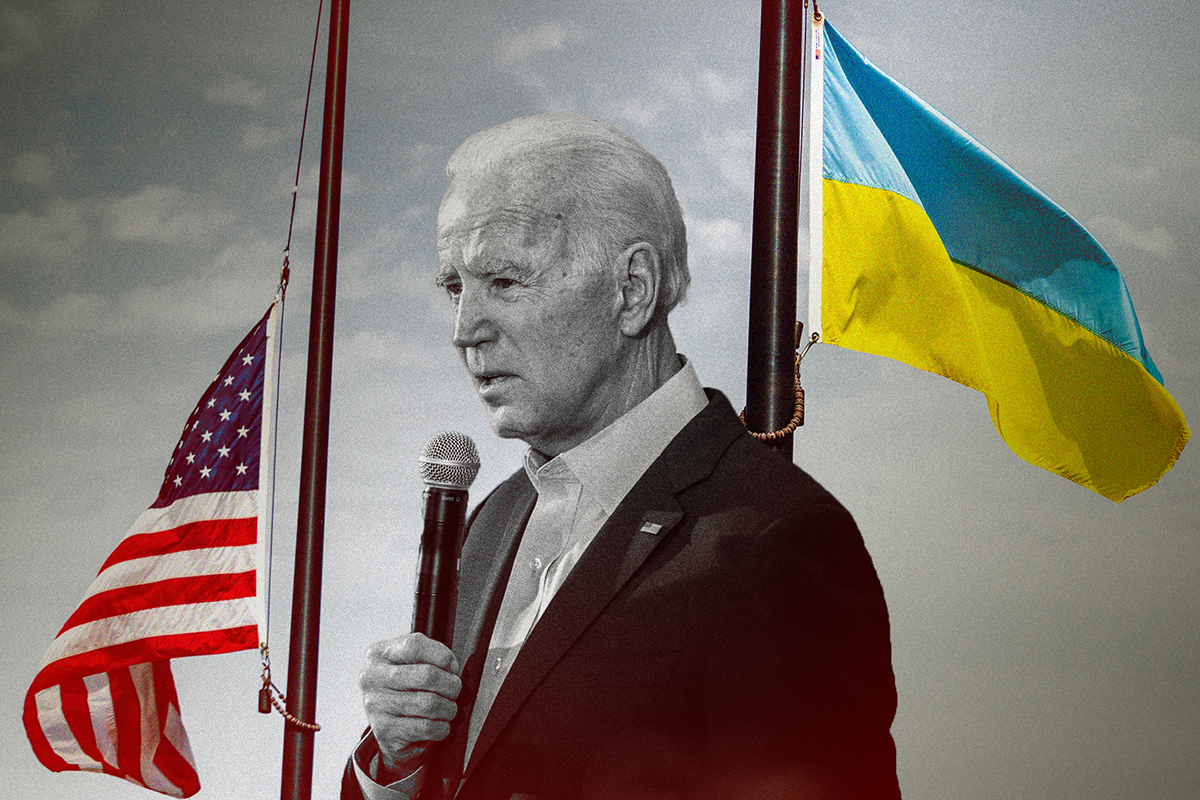 While Putin talks about facing “the whole of the West”, Biden and others have made similar statements / Image: In Defence Of Marxism

Once that is achieved, then Putin needs to continue advancing in the Donetsk Oblast, as control over the whole of the Donbass could be presented as having achieved the aims of the “special operation”.

The veiled threat Putin made of the use of nuclear weapons was aimed at the west. He was basically telling them ”the ever-increasing military and logistical support for Ukraine has a limit, and if you cross it, be ready for the consequences”. In comparison to NATO or US imperialism, Russia is only a middle-sized regional power, however it is one which possesses nuclear weapons and as Putin reminded them, some very technologically advanced means of delivering them.

The crocodile tears of Europe complaining that Russia is “weaponising” the world’s energy supply are cynical and hypocritical in equal terms. After all, it was the EU which got involved in the Ukrainian war by using sanctions against Russia as a form of economic warfare. They cannot impose sanctions on Russia and then complain Russia is cutting off gas supply! Putin is certainly using economic means to put pressure on Europe and is calculating that the social turmoil caused by high energy prices and the cost of living crisis in general will push European governments towards a more conciliatory position, for fear of being removed.

The West has openly expressed the desire to use the war in Ukraine to put Russia in its place (that is: subordinate to Western imperialism) and to carry out regime change. There have even been discussions about breaking up Russia.

The war in Ukraine is an existential question for Putin. He has gambled his power and prestige on it. His staying in power depends on winning something which he can present as a victory and above all on not being defeated nor humiliated. Any hint of a defeat would be the end for Putin, who could be removed either by a popular uprising from below or a coup from above. His latest response to the defeat in Kharkiv Oblast was completely predictable.