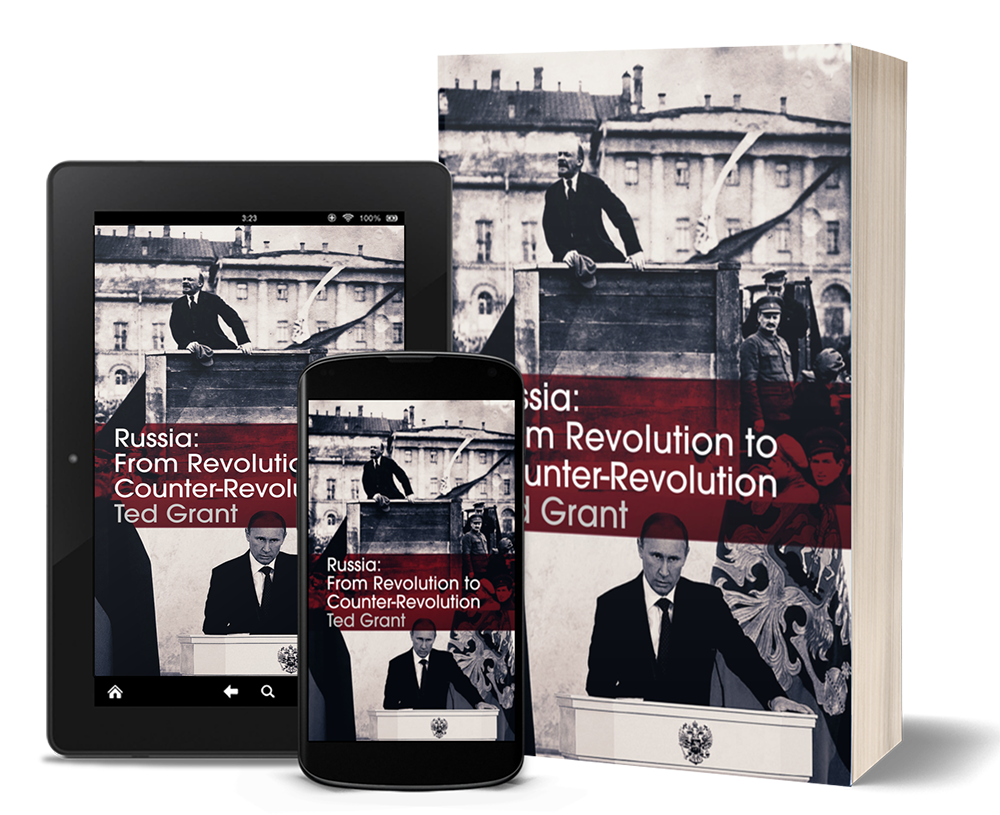 The October Russian Revolution, led by Lenin and Trotsky, swept away landlordism and capitalism and placed the working class in power for the first time. It transformed the idea of socialism from theory into practice. From this point of view, the Bolshevik revolution can be considered the greatest event in history.

The revolution changed the course of world history and the last century has been dominated by its consequences. Ted Grant’s book traces the evolution of Soviet Russia from the Bolshevik victory of 1917, through the rise of Stalinism and the political counter-revolution, its emergence as a super-power after the Second World War, and the crisis of Stalinism and its eventual collapse.

The book, which was first published in 1997, has been updated and edited in the light of new developments and the subsequent re-establishment of capitalism in Russia. Grant based his analysis on that of Leon Trotsky, who first analysed Stalinism in his Revolution Betrayed.

While the counter-revolution has attempted to bury the memory of October, the new crisis of world capitalism has led to a revival of interest in Marxism and the significance of Bolshevism. The republication of Ted Grant’s book in this centenary year of the revolution therefore comes at a fitting time.

Preface to the 2017 edition

1. The Balance Sheet of October

2. The Rise of Stalinism

3. From Five-Year Plan to the Purges

4. The Nature of Stalinism

5. From War to ‘De-Stalinisation’

6. The Period of Stagnation

7. The Meaning of Perestroika

Afterword: The Collapse of Stalinism (by Alan Woods)