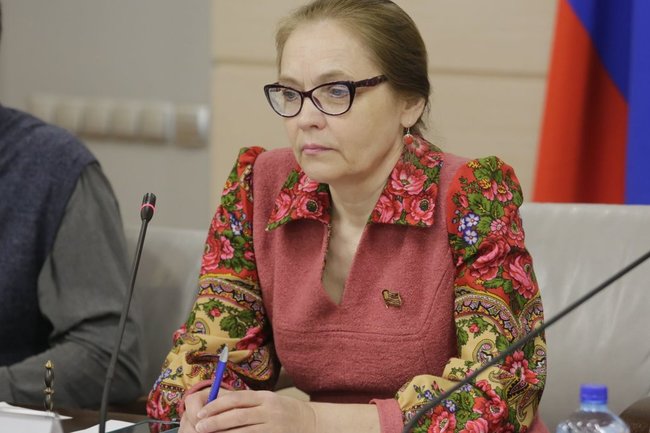 On 7 June, an event our Russian comrades predicted and the background of which they’ve long explained took place. Elena Shuvalova, one of the most prominent representatives of the Communist Party of the Russian Federation in Moscow, was expelled from the party following a manoeuvre by the right-wing party bureaucracy.

After six hours of the meeting of the Communist Party city committee, a decision was announced on the main issue of the meeting: to expel Elena Shuvalova from the party. As part of the giveaway game with the bourgeois authorities, called the “constructive dialogue”, which the top leadership of the Communist Party of the Russian Federation has been leading from the very beginning, another “successful” move was made – the party lost one of the most valuable figures of anti-capitalist opposition in Moscow.

Deception, political dishonesty of the right and an excuse for expulsion

The elections in the Moscow City Council last fall showed an unexpected result for the Communist Party, accustomed to defeats in recent years: many of the CP-nominated candidates won, including Elena Shuvalova. It would seem that the CPRF leadership should strongly support such successes and those who achieve them, but no – the principle of blind loyalty and lack of initiative is still the most important principle for Zyuganov’s bureaucratic right-wing leadership, beyond which Shuvalova took a modest step.

The pretext for expulsion from the party were the actions of Shuvalova and the other five opposition Communist MPs during the hearings and voting on the adoption of the Moscow city budget in the City Council. During these hearings, the people of the mayor's office, controlled by Putin’s United Russia party, demanded that the MPs in the city council adopt a budget that included enormous cuts in social spending – medicine, education, public services, etc. The first is especially outrageous in the face of the raging pandemic, especially given the already low salaries of doctors and hospital staff. 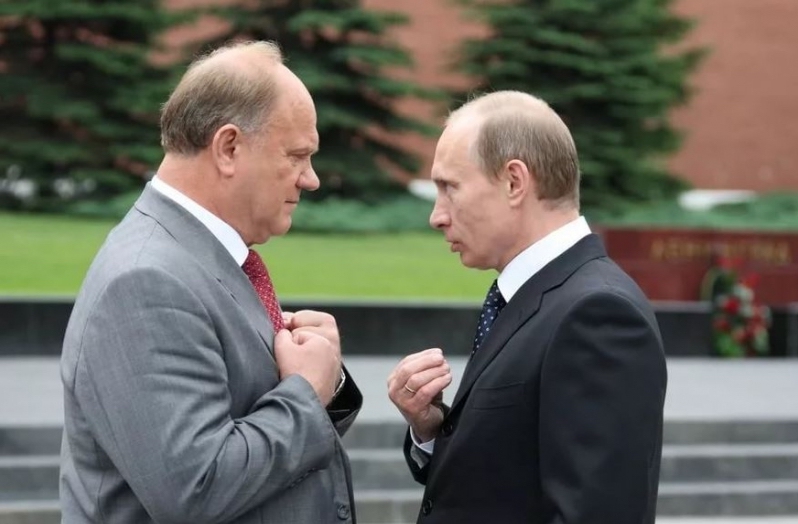 They explained this turn by the fact that the mayor’s office allegedly “adjusted the proportions of the budget in an acceptable direction” and that by approving the budget “the party can conduct a constructive dialogue with the authorities”. Our correspondents checked and compared two draft budgets, and we can confidently say that this is a lie. All the mentioned cuts remained unchanged. The leadership simply made a dirty bargain with the mayor’s office and betrayed the Moscow workers who voted for the party candidates. Six deputies of the city council refused to agree with this betrayal.

The bureaucracy decided to use Shuvalova’s expulsion as a kind of “demonstrative execution” for threats and intimidation of those who disagree with it (membership in the party of the other 5 MPs has not yet been put on the agenda). The whole truth of the bureaucracy comes down to a formal schema: Shuvalova did not accept a decision of a higher authority, and therefore violated the party’s constitution. Moreover, they prefer to keep silent about the fact that, by their decision, this higher body violated not only a number of articles of the party constitution, political principles and campaign promises, but also the will of the party congress. This can only be compared with the situation of a thief speaking about self-defense, while killing the person whom he robbed.

On the day of the expulsion 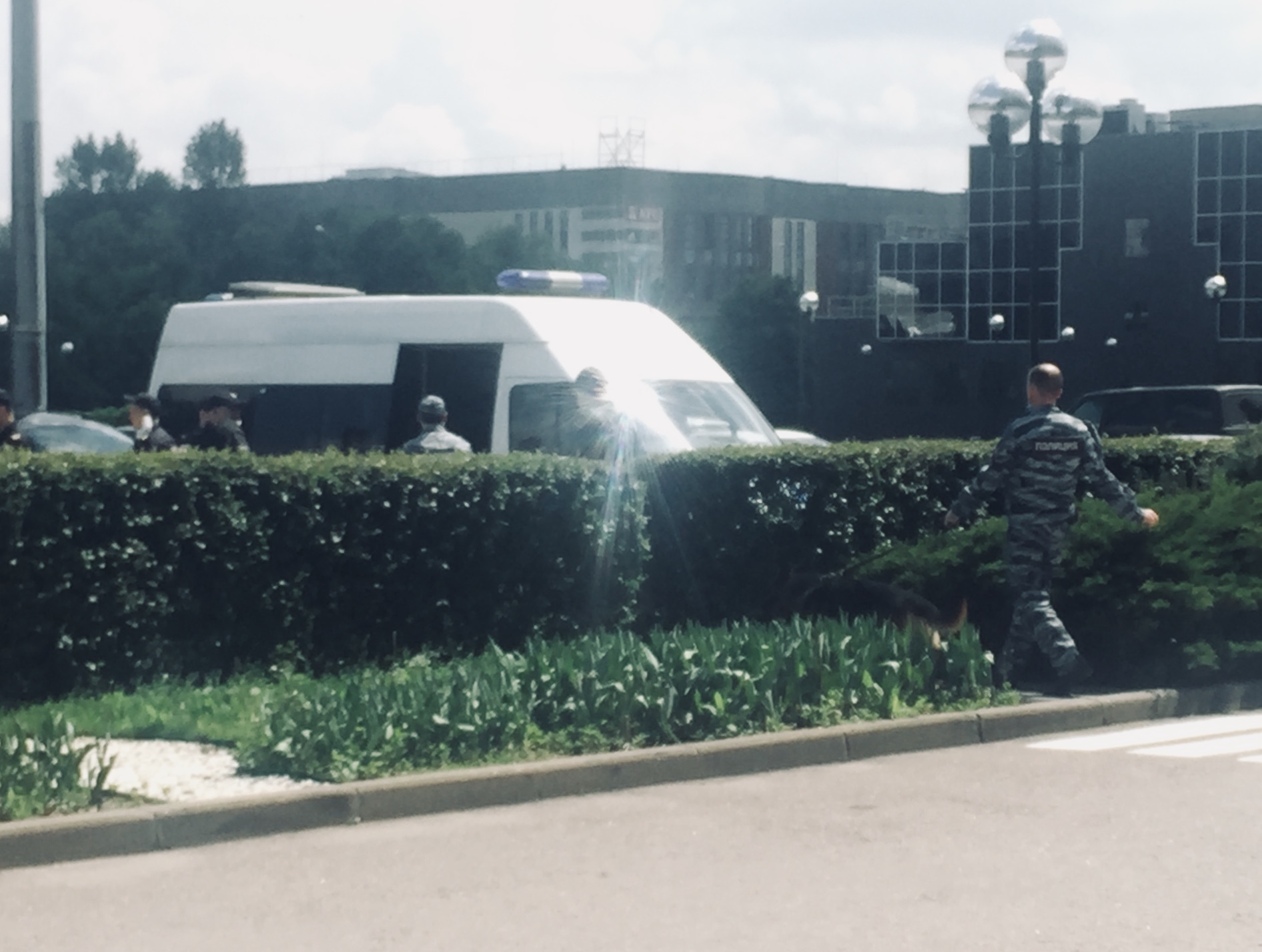 A constantly postponed meeting on the expulsion of Shuvalova finally took place – in a rented (far from cheap) conference room of the Izmailovo hotel complex. The immediate reasons for the expulsion were Shuvalova’s vote against the adoption of the Moscow budget and an attempt to organise a round table with Alexei Navalny, which did not take place. Correspondents of the newspaper Workers' Vanguard (the official newspaper of the Russian section of the IMT) visited the venue. Members of the Communist Party who were present at the meeting did not give comments either before or after the meeting, which was held in closed session. The presence of the police heated the already tense atmosphere. It became clear that the faction of Zyuganov’s careerists was preparing for a massacre.

The expulsion procedure itself was carried out using crude methods of bureaucratic arbitrariness. Members of the Communist Party who sympathised with Shuvalova were not allowed into the meeting; together with them she waited for a decision at the door of the conference hall. The woman deputy who tried to get into the room was pushed out by Zyuganovsky's bouncer. “The Communist Party is degenerating before our eyes, right now it’s degrading,” the Moscow City Council deputy from the CP, Sheremetyev, said indignantly about these actions. Other voices added: “this is a totalitarian sect”, “the party doesn't have anything communist left in it”, “what about democratic centralism?!”, “they only have the word, ‘neo-Trotskyites’, for those who disagree with the Great Helmsman”. Anonymous voting on the expulsion gave the following results: 10 against, 2 abstentions, most in favor. 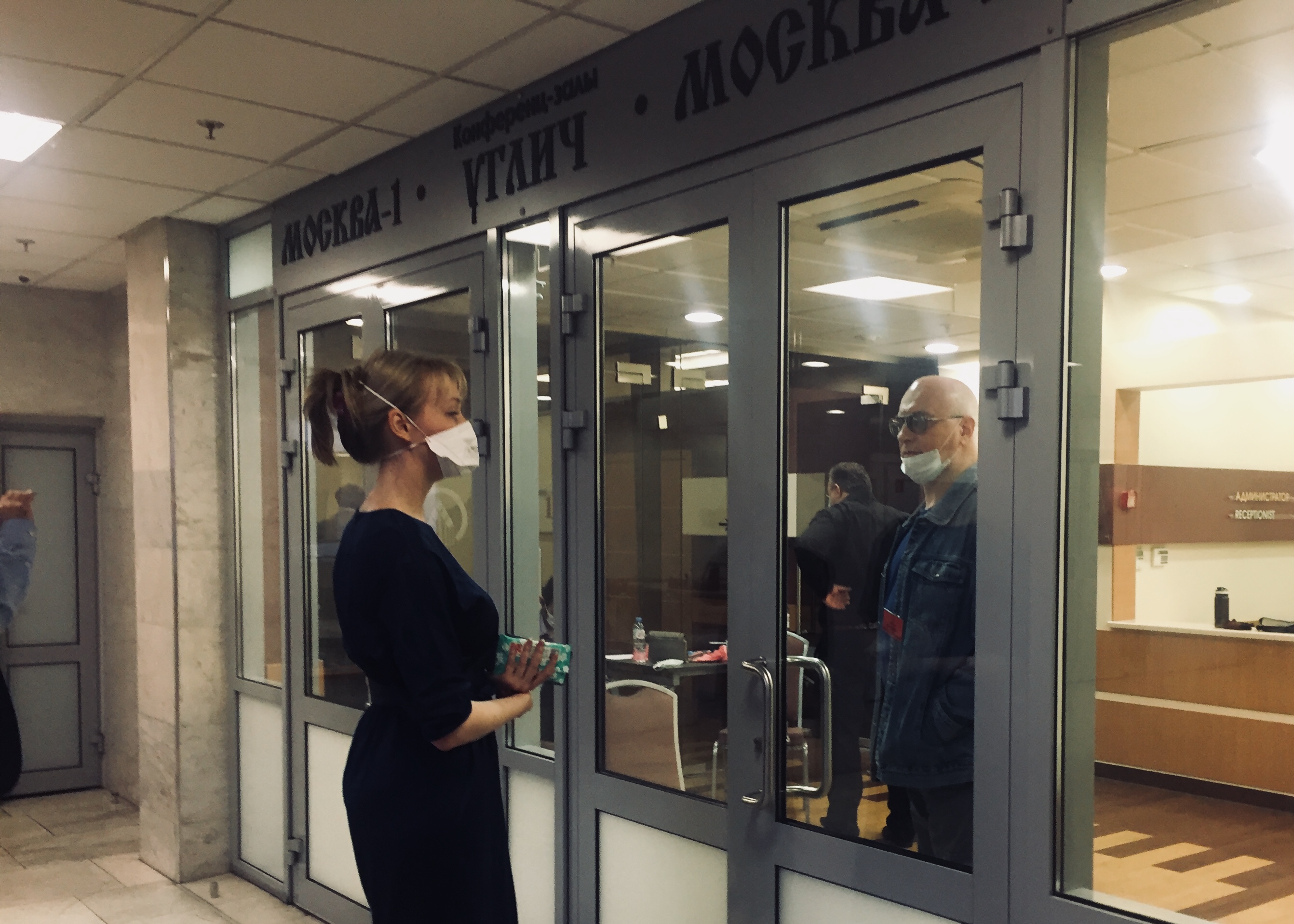 It would be naive to expect a different outcome. For many years, the Zyuganov leadership has weakened the party, capitulated to the bourgeoisie and cast out the left. The case of Shuvalova is the first of a new wave of purges from the party. Together with the background of growing social tension and working-class protests, the new purge may end up being an intolerable blow for the party. What is happening cannot be described as anything other than a crime by the party bureaucracy.

A house divided… or a need to break with the right-wing?

Today it is obvious that the Communist Party is deeply divided: on the one hand, right-wing compromisers in the leadership who seek to catch up with the capitalists, on the other, there is a huge mass of left-wing activists and representatives demanding decisive action against the existing regime and economic system. The bureaucracy is trying to silence them at all costs. 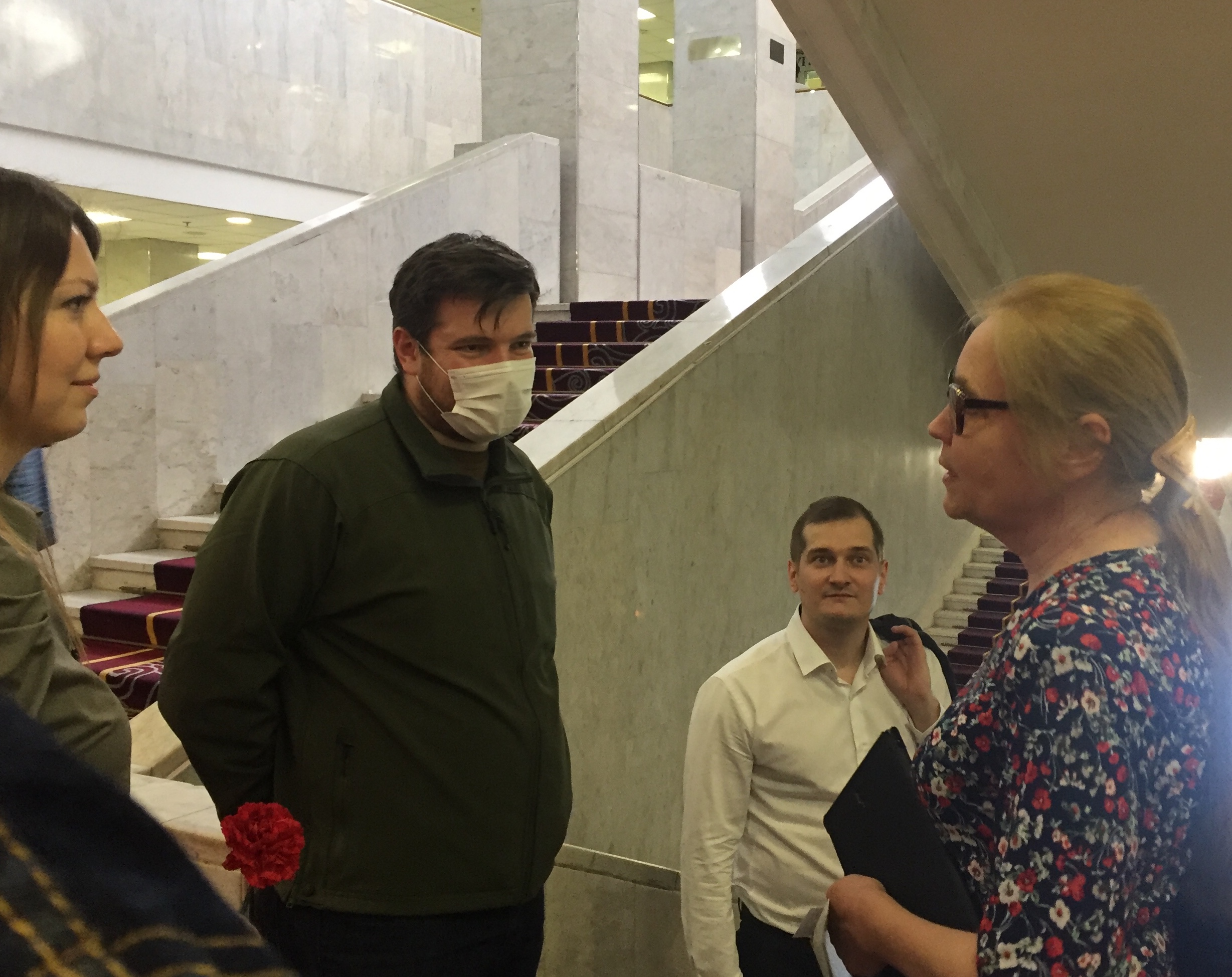 We clearly saw this division in the phenomenon of most large local organisations demanding a campaign of active political boycotts and protest against Putin's new constitutional amendments. At the same time, the Presidium of the Central Committee, by one of its bureaucratic decisions, declared all these appeals invalid, without even thinking for a second to look at the mood of the party masses.

The Communist Party is approaching an internal crisis that could well determine its future for the coming decades. In this crisis, two tendencies will fight: communist and Zyuganovist. If the first wins, the party will have a future and the ability to move forward. If the second wins, the party will most likely be completely undermined and destroyed. As long as the right-wing opportunists remain at the helm of the party, it faces only further decline and withdrawal from Leninist principles, which could end in complete collapse.

Where are the once powerful communist parties of Italy and France today? They were destroyed by the same right-wing elements in the leadership, who reduced them to the state of small sects, which don’t affect real politics and lost touch with the working class of their countries. Such a fate may well await the Russian Communist Party if the conscious communists do not put an end to the destructive rule of the right within it.

More than a year ago, we explained the importance and necessity of this in our political statement where we wrote the following:

“The Communist Party can only live up to its name and really fight for power if it returns to the path of Bolshevism and become a genuine proletarian party. This is what we're propagating among the party ranks and want it to succeed. But we are aware that this will not be possible without the following key conditions: 1) a radical change in the internal party regime towards internal democracy, genuine democratic centralism and a return to the true traditions of Bolshevism; 2) a turn to the working class, to Marxism, to the rejection of political trust in the Zyuganov bourgeois clique, the complete change of the upper leadership, which has politically discredited itself and the party over the years” (‘Political statement of the Unity Congress of the Marxist Tendency and the Revolutionary Workers' Party’, Russian perspectives, May 4, 2019)