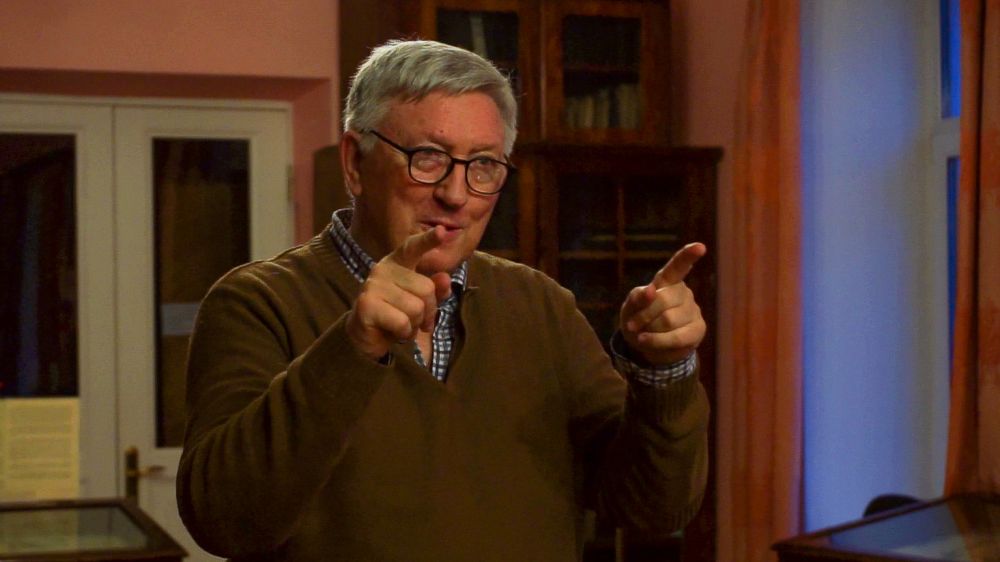 At 6pm on Friday 10 October, at the Plekhanov Memorial Library in St. Petersburg, comrade Alan Woods, the editor of marxist.com and a leading member of the International Marxist Tendency, addressed an audience of about 70 people, who crowded into the small conference room. In addition to the members of the older generation associated with the library, the majority of those present were young people — students and workers — members and sympathisers of the Revolutionary Workers’ Party who had organised the event in collaboration with the Plekhanov Library. The meeting was chaired by the director of the Library, Tatyana Filimonova.

The subject was the revolutionary movement of the Spanish working class that overthrew the Franco dictatorship — a subject which the speaker was well-qualified to deal with, since he had been an active participant in the events he was describing. He began by pointing out that, although many people in Russia were more-or-less acquainted with the Spanish Civil War in the 1930s, they knew little or nothing about what occurred afterwards.

“What I am going to describe to you now is a secret history, a history that has been buried for 40 years, buried along with the thousands of corpses that lie all over Spain in unmarked graves,” he said.

“History did not stop when Franco marched in triumph through the streets of Madrid. The clock did not stop in 1939. The murders, arrests and tortures continued. Under the dictatorship, all the rights of the Spanish people were taken away. The workers were crushed under the iron heel of fascism. But despite all the enormous difficulties and dangers, the workers rose up again.”

Alan went on to describe the massive strike wave that began in the Asturian mining areas in 1962 and continued right up to the fall of the dictatorship.

“There is no parallel in all history to this tremendous movement,” he explained. “You will find nothing like it in Hitler's Germany or Mussolini's Italy. And it was this movement — and this alone — that was responsible for undermining the foundations of the dictatorship.”

Comrade Woods went on to describe in vivid detail his experiences in the Spanish underground and the ferocious battles between the workers and the repressive forces of the regime. He laid special emphasis on the heroism of the students and the revolutionary youth in general. A key turning point was the general strike in the Basque city of Vitoria that ended in a bloody massacre on 3 March 1976. That, argued Woods, could have led to an all-Spain general strike and the complete overthrow of the dictatorship. But it was betrayed by the leaders of the workers’ movement — particularly the Communist Party. 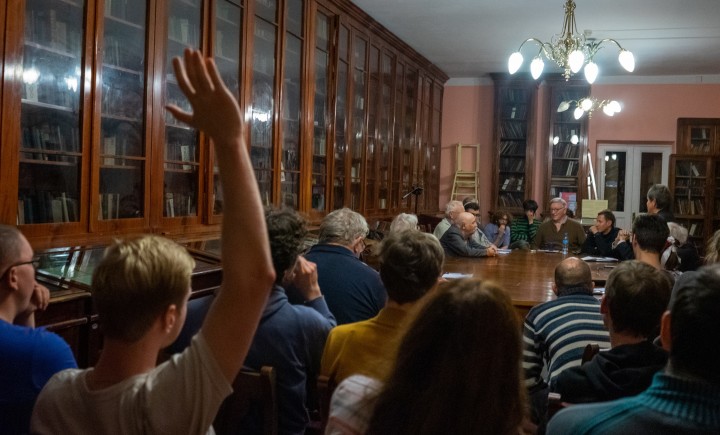 Alan Woods addressed 70 people at the Plekhanov Memorial Library in St. Petersburg, Russia about the overthrow of the Franco dictatorship and the so-called Spanish Transition / Image: own work

One word from Carrillo (the CP leader) would have been enough, he said. But that word never came. This situation was repeated more than once, disorienting and demoralising the movement. The reason was that the leaders of the CP and SP were striving for a deal with the regime. In the end, they capitulated to the former fascist, Adolfo Suarez, who now called himself a democrat.

Carrillo and Gonzalez accepted the imposition of a monarch, Juan Carlos, who had been designated by Franco as his successor. They accepted the fascist flag and maintained the old state apparatus virtually intact. Nobody was put on trial or punished for the crimes of the dictatorship. And to this day, Spain has had to live with the consequences of the sell-out known as the Democratic Transition.

However, Alan concluded on a positive note. A new generation is arising that will not accept the old lies. They are struggling to recover their historical memory and refuse to be silenced.

Alan's speech was very well received. A lively session of questions and answers followed, which covered a very wide field, such as the nature of reformism and Stalinism; the relationship of the class, the party and the leadership, and many other issues. Everyone present agreed that it had been a highly instructive discussion and a very successful evening. Thanking Alan for agreeing to speak, Tatyana Filimonova extended an invitation for him to return to attend a conference next year.