On Monday, January 31st, a sit-in in support of the struggle of the Egyptian people was held in Rome. An impressive crowd of about a thousand people gathered to protest. 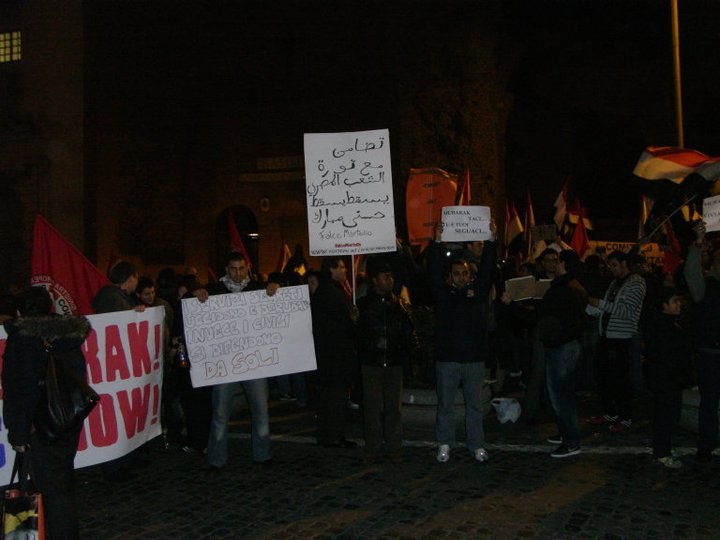 And this was in spite of the fact that the timing was not favourable for the participation of Egyptians in Rome who mostly work in restaurants.

The mood was very militant and slogans were chanted all the time: "Mubarak go, the people want a change of system", "Mubarak go! Ben Ali is waiting for you", "Gamal Mubarak is like the USA", "with the soul, with the blood, we'll save Egypt", "Revolution until victory".

Other slogans reaffirmed the unity of Muslims and Christians. We can report that there were no slogans with any religious connotations, which further shows how far from reality is the much feared   by the media   religious drift in Egypt. There were many families with children and women, as in Egypt, were the most militant. 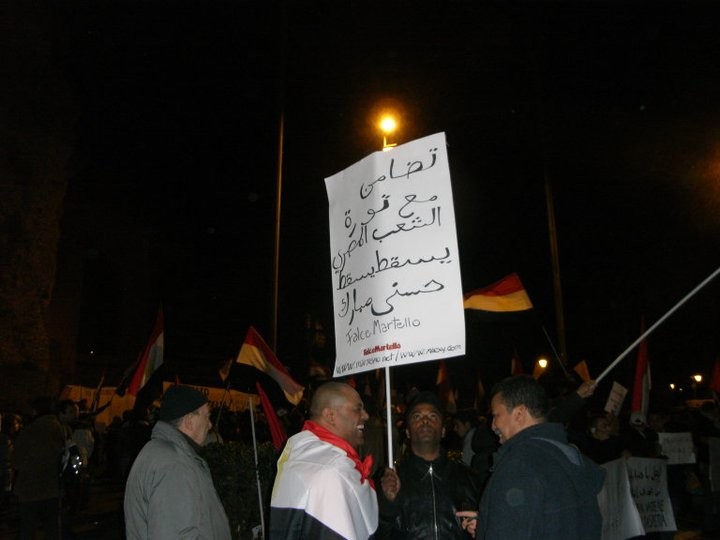 The mood was very open to political debate and most of those present saw a common thread uniting the revolution in Tunisia and the struggle in Egypt and other Arab countries. Many Tunisians were present on the demonstration holding their Tunisian flags along with a large delegation of Palestinians. The presence of Italian activists and organisations at the demonstration was cheered and saluted by many demonstrators. 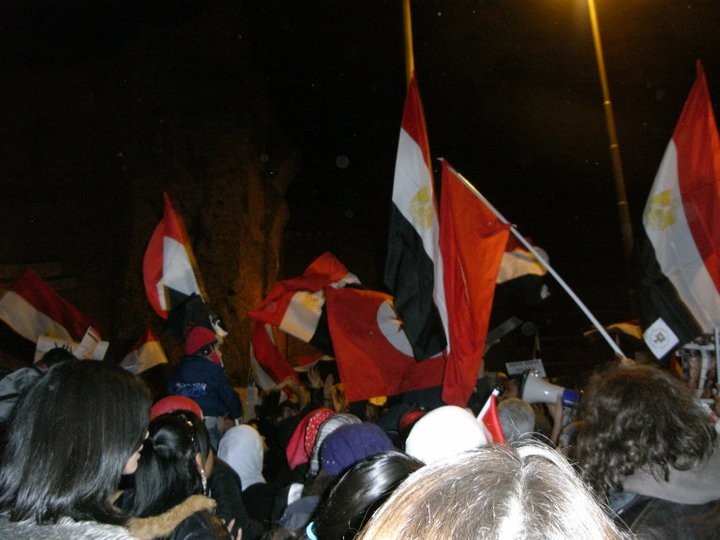 The demonstrators were very critical towards the United States and Europe, regarded, rightly, as accomplices of the regime. Many of them during the discussions showed their anger against the Italian government and because of the conditions in which they are forced to live as immigrants. 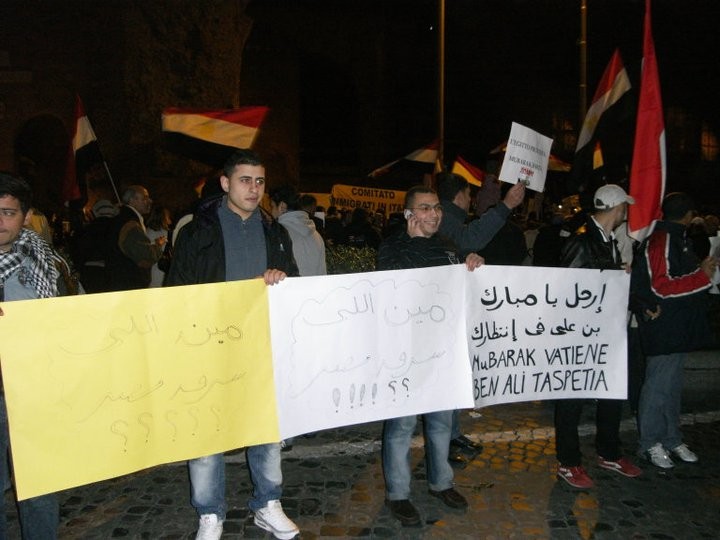 We took part in the demonstration with a leaflet in Italian on Egypt and one in Arabic where we stressed the need to establish a link between the Egyptian and Tunisian revolution and, more generally, to build an international network of solidarity.

We also made some placards with the slogan in Arabic: "Solidarity with the Egyptian Revolution: go go Hosni Mubarak", "For the Socialist Revolution in Egypt, Tunisia and throughout the Arab world" and "Revolution until victory". They were very popular and were held by young Egyptians throughout the demonstration.

This Saturday and on Sunday there will be more pickets and demonstrations in Piazza della Repubblica (Rome), which will certainly attract an even bigger participation!