Saturday January 15 a sit-in in support of the Tunisian people in struggle took place in Rome, in front of the Tunisian Embassy. Several organizations of the left demonstrated their support for the revolutionary upsurge in Tunisia, alongside with a crowd of people from the Tunisian community. 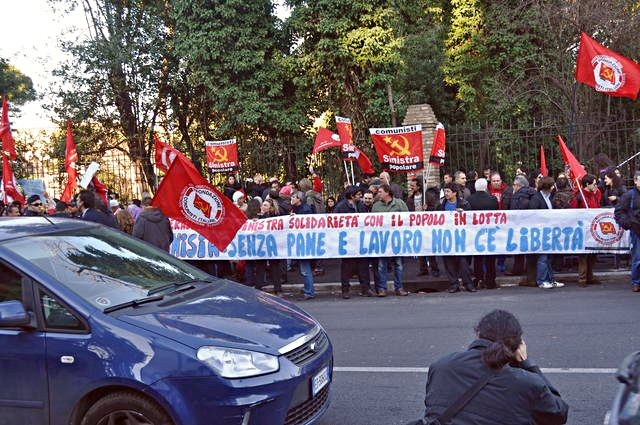 The mood was quite militant and people were shouting slogans for virtually the entire duration of the demonstration. Slogans targeted the Ben Ali regime and called for the removal of ambassadors seen as colluding with the old regime. The main idea that pervaded the crowd was that victory had not come just with the expulsion of Ben Ali, but that it was necessary to continue the struggle.

During the sit-in Arab and Italian demonstrators insistently chanted slogans and songs in Arabic. One above all, which we have become accustomed to hearing during the demonstrations in favor of Palestine, "with soul, with blood, we'll save you, Tunisia" [Arabic: bi-l-ruh, bi-d-dam, nihfdiki ya tunis]. 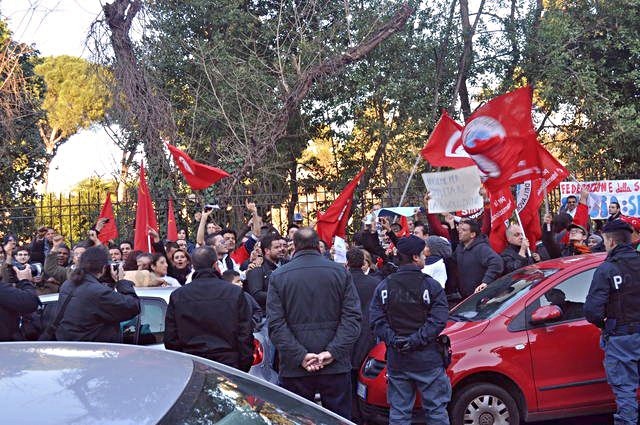 Supporters of FalceMartello, paper of the Marxist tendency within the PRC (Communist Re-foundation Party), were present handing out leaflets in Arabic and Italian, emphasizing that the struggle for freedom that led to the fall of the regime of Ben Ali must inevitably become a struggle to overthrow the capitalist system. Capitalism will never guarantee freedom for the Tunisian people, but only poverty and exploitation. We therefore explained the need for a programme based on the interests of the exploited classes and the need for a network of international solidarity.