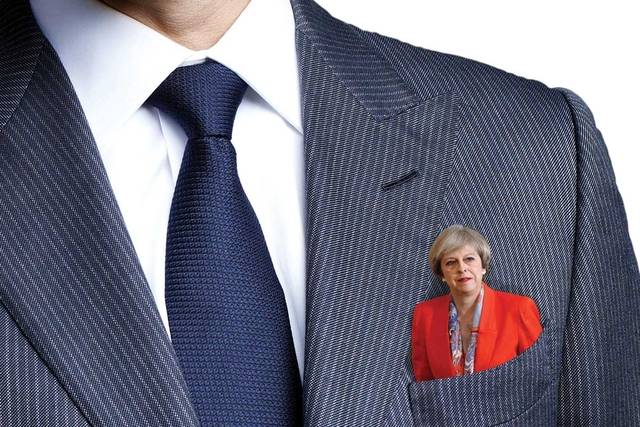 The annual analysis of the wealth of the richest 1,000 people in Britain by the Sunday Times has been completed once again. The results are shocking, but unsurprising.

Their combined wealth has now reached £658 billion (a rise of 14% since the review last year), which makes it greater than the combined wealth of the poorest 40% of Britons.

This sum should also be compared to the £412 billion that the 1000 richest were worth before the 2008 economic crisis - a complete contrast to the fall in real wages of over 10% that ordinary workers have suffered since the start of the economic crisis.

Even the compiler of the list, Robert Watts, has stated that, “While many of us worried about the outcome of the EU referendum, many of Britain's richest people just kept calm and carried on making billions.”

As Jeremy Corbyn correctly asserted at Labour’s election campaign launch recently, citing the 14% annual increase in the wealth of the UK’s thousand richest, these figures demonstrate that the Tories are clearly presiding over a “rigged system”. Indeed, the Tories are evidently in the pockets of these fat cats, with one-third of the top 100 in the Sunday Times list being donors to the Conservative Party. With a net worth of £123 billion, these wealthy donors have collectively given £19 million to the Conservatives since 2001.

Top of the Sunday Times rich list are capitalists Sri and Gopi Hinduja, who are estimated to be worth £16.2 billion, followed by Len Blavatnik (£16 billion), David and Simon Reuben (£14 billion) and Lakshmi Mittal (£13.2 billion). All of these parasites have "earned" their wealth through a multitude of dubious endeavours, such as financial and property speculation, raw material exploitation, and asset stripping.

Our hearts must bleed for the Weston family, however. They were the only entry in the top 20 to lose money, and they will have to somehow survive on only £10.5 billion, rather than the £11 billion they had last year!

Workers are constantly told that such accumulation is a good thing, and that we should be grateful for the “wealth creators” (i.e. the capitalists). We are told that the money will trickle down and we will all benefit from such vast wealth. Unfortunately, however, the only trickle down is to the children of the capitalists. If anything, the wealth in society is “trickling up”!

The other absurd suggestion frequently made by the capitalist class is that the Rich List apparently demonstrates that anyone can make it to top. Compared to the Rich List 2000, however, only one of the top 100 (Gordon Crawford), has fallen from grace. And even this one individual - a technology company magnate - only has a miserable £122 million, rather than the £1.3 billion he once had though!

Many telling comparisons can be made to demonstrate the outrageous wealth possessed by these rich parasites. For example, the increase in wealth of the 1000 richest in the last year alone would be enough to pay for over five million jobs on the Living Wage, or to pay the grocery bill of all current food bank users for the next 56 years.

Such shocking figures demonstrate the societal uses that this wealth could be put towards if we expropriate the wealth of the rich, rather than allowing it to sit idle in (probably offshore) bank accounts. The money clearly exists for vital services such as the NHS or education - it is simply not in hands of the 99%, under the control of ordinary people.

Marx predicted - 150 years ago in his famous work, Capital - that the super-rich would constantly increase their wealth and that, at the same time, this wealth would be concentrated in fewer and fewer hands. These latest Rich List stats prove that Marx was 100% correct.

The billions owned by this elite are enough to ensure that everyone has a secure job on decent wage; good quality housing; high-level education; and a top rate health service - and with plenty left over. But instead it is merely spent on millionaire yachts, empty mansions, and speculative financial gambling. This wealth - created by the working class - will sit idly unless we fight to take it back. Only by expropriating the rich can we ensure that it benefits the many, rather than a tiny few.