Share
Tweet
The workers of Sanitarios Maracay, a company in Aragua, Venezuela, which has been occupied and run under workers' control for more than 5 months, have been subject to brutal repression today, Tuesday, April 24 as they were travelling by bus to Caracas in order to participate in a national march in defence of workers' control and the process of expropriations launched by president Chavez in 2005.

The workers of Sanitarios Maracay, a company in Aragua, Venezuela, which has been occupied and run under workers' control for more than 5 months, have been subject to brutal repression today, Tuesday, April 24 as they were travelling by bus to Caracas in order to participate in a national march in defence of workers' control and the process of expropriations launched by president Chavez in 2005.

The march had been called by FRETECO, the Revolutionary Front of Workers in Occupied Factories, which organises the workers in companies that were expropriated by president Chávez and others that have been occupied by its workers in the last few months in their struggle against counter-revolutionary sabotage and the threats of closure on the part of the bosses. 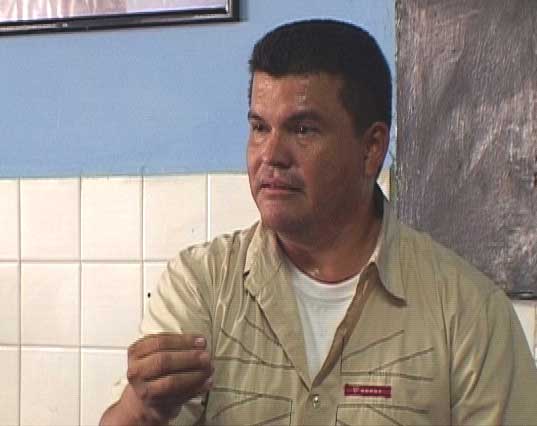 The workers of Sanitarios Maracay have been demanding for months the expropriation of their company and that this be nationalised under workers' control in order to produce toilet suites for the house building projects promoted by president Chávez. They were stopped by the Police of the Aragua State, following orders of the regional governor, Didalco Bolivar. After being prevented from continuing their journey to Caracas, the Sanitarios Maracay workers started a protest which was brutally repressed by the Aragua Police and members of the National Guard, who even used their weapons and used buckshot against the workers. As we write these lines 14 workers have been wounded, some of them by buckshot pellets and 21 have been arrested, amongst them one of the main leaders of the factory occupation and of the Sanitarios Maracay workers' union, Jose Villegas. The comrades are being held in the 21st detachment of the National Guard in San Vicente and its seems that they will be transferred to the State Attorney's Office.

This incident is a clear provocation on the part of counter-revolutionary sections which, as president Chavez himself has denounced, are still active within the state apparatus. These sections have links with the oligarchy and the capitalists and are terrified by the advance towards socialism and particularly the process of factory occupations, expropriations and workers' control.

The governor of Aragua, Didalco Bolivar, is known for having close links with capitalist and employers sectors, he has publicly disassociated himself several times from the revolutionary proposals of president Chávez and particularly from a series of measures like the expropriation of companies and experiences of participation of workers in management of companies. President Chávez himself has denounced him in the last few weeks as a "social-democrat, not a socialist" and as a counter-revolutionary.

The demonstration called by Freteco is taking place as we write these lines, marching towards the revolutionary media and the Miraflores presidential Palace, in order to present the document in defence of revolutionary co-management, workers' control, and proposing the expropriation and nationalisation under workers' control of all occupied or closed down factories. To these demands they have now also added the demand for the immediate release of all those comrades arrested and to call on president Chávez and the government to intervene immediately against this attack which is against the workers' movement and the revolution itself.

We call on all those activists and organisations who support the Bolivarian revolution, in Venezuela and abroad, to send messages on these same lines.

As president Chávez has said, the policies of Didalco Bolivar have nothing to do with socialism and are increasingly counter-revolutionary. To attack workers as has been done with the comrades of Sanitarios Maracay only serves the interests of the capitalists and in general those of the enemies of the revolution.

2.- Resignation of Didalco Bolivar and all those responsible for this repressive action.

3.- Intervention of the government against any attempt of the counter-revolutionary sections with positions of power to use repression against the workers and against the occupation of Sanitarios Maracay.

4.- Expropriation and nationalisation of Sanitarios Maracay under workers' control.

(a Spanish model letter can be found here )