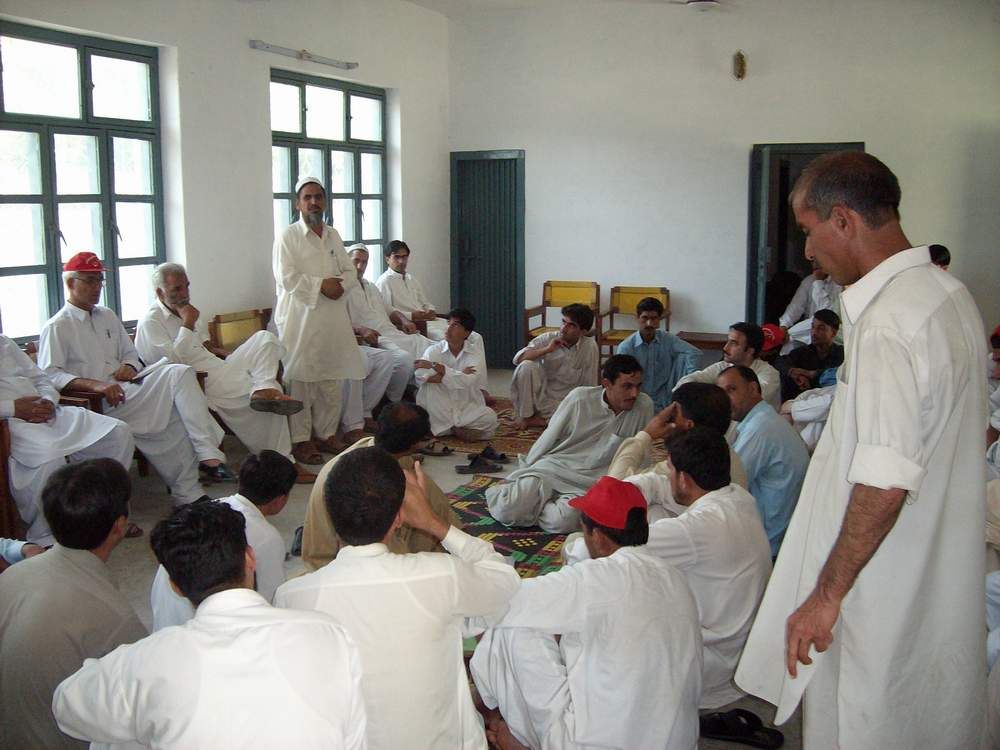 We provide an update on the situation in the relief camps set up in Swat by the PTUDC. In spite of threats from the authorities the comrades continue with their activities, of both aid and political education.

Comrades have received a tremendous response from the distressed people living in the Rangmala Camp. The IDP's [Internally Displaced People] have welcomed the ideas of revolutionary socialism. Nearly 400 volunteers have registered with the comrades for the Revolutionary Defence & Relief Committees and they have been given different tasks to carry out the operations in the Rangmala camp.

Mainly the following committees have been formed:

All the committees are working efficiently and the comrades have already collected nearly two million rupees ($25,000) in the campaign from working class people living in the villages and towns around the camp. 10,000 items of bedding and 50,000 utensils of crockery have been collected. Also large numbers of medicines, water coolers, tents, blankets, bulbs and other things have been collected.

The comrades have also recorded the miseries and pains through which each family has had to pass during the last months of army operations and Taliban rule. For example, Lal Muhammad in camp no. 188 told us that the Taliban slaughtered his two brothers and his father last Eid ul Azha. Now he is living with his young 8-year-old sister in the camp. Nawab Khan in camp no. 447 told us that his three sons were lost during the army operation and he doesn't know whether they are alive or not today. Nasim Khan who was an electrician in Mingora was hanged upside down by the Taliban and now he is disabled unable to use his feet. Many similar stories were heard and recorded by the comrades and when they discussed with these people they said they were convinced that socialist revolution is the only solution.

The Revolutionary Defence and Relief Committees are meeting on a daily basis and are involved in activities continuously. All the operations in the area are being held on democratic and centralist basis and this camp and the areas alongside have become like a mini-socialist state.

However, the bureaucracy of the PPP and the District Administration are trying their best to sabotage all this activity and they have forced the comrades to stay away from this camp. On May 22 goons of the PPP minister from this area came to the camp with weapons and threatened the comrades demanding they leave and they also tried to destroy the furniture in the camp office of the PTUDC which carried socialist slogans and a hammer and sickle on it. In all this the IDP's in the camp stood behind the comrades and asked the leading comrades to order them to obey their demands. But the comrades asked the goons to go away and leave the place in a peaceful manner.

Comrades have till now avoided any scuffles or violence with the state forces and have managed to carry on with their activities. They have moved their office a little distance from the camps where they got a big response from the village people of Jolagram. However, they continue to receive threats from the District Administration and Commissioner of Malakand.

Solidarity relief camps have also been set up in different cities of Pakistan. Camps were held in Karachi, Hyderabad, Rahim Yar Khan, Multan and Khanewal. More such camps have been established and funds for comrades are being collected in large amounts.