The economic crash following the so-called ‘credit crunch’ has caused property prices to nose dive since their peak in 2007. This has led to property developers and house builders to “retard” their construction projects.

The colossal drop in land prices has served to further irritate this problem because house builders, who bought land during the peak, have chosen not to build on them yet until, when they hope, property prices rise again. Also they do not wish to sell the land due to the massive reduction in its value. 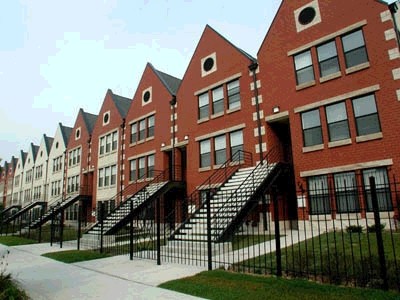 Savills, property specialists, has predicted that the value of urban land has fallen to around 50% of what it was in 2007, while others estimate drops of around 85%. Land owners, who refuse to realise that their plots are not worth as much as they like, are holding on to them until when, they hope, prices increase again. This attitude has caused vast amounts of land to sit empty without development. “The market is not quite open yet. There is a lack of pressure on sellers to recognise that prices are falling… if no one is sitting on your back saying ‘you must sell’, you hold off, just in case prices come back” says David Richie, chief executive of Bovis Homes. Analysts fear that this is going to cause a stock pile of over-valued land that is neither sold nor developed because profits cannot be made by the owners. The fact that property developers and house builders where buying land at the peak of the economic growth period goes to show that bourgeois economists completely failed to recognise that the economy was about the crash along with a plummet of commodity prices. Now, for the sake of profit, they refuse to continue production in spite of there being a huge demand for houses and massive unemployment among construction workers.

The shrink in the housing market is not just a problem for the bosses of house builders and their profits. There are considerable consequences for ordinary people and its knock-on effect on the rest of the economy. The Local Government Association is predicting that the number of people on the council house waiting lists will grow to a staggering 5 million by the end of this year. On top of this, unemployment in the UK is set to reach 3 million by next year. Bearing all this in mind, we begin to wonder, when there is a need for houses and there is the workforce available to build them, why is the demand not being met and why are the available people not being employed to meet it? The answer is simple; unfortunately, when there is no profit to be made, bosses refuse to produce. This is the reality of the capitalist system. If there is no profit motive, even essential social services will not be provided.

The private sector is only motivated by its greed, and will only commence production if there is a buck to be made. There is no room for considering the requirements of people in a capitalist world. Under socialism we will see a very logical solution to this absurd contradiction. Logic would dictate that, if there is a need for houses, as the 5 million on the waiting list demonstrates, and there are loads of building workers unemployed, then use these workers to produce the required amount of houses.

But our leaders at Westminster insist that the free market and the private sector organisations will provide the services we need, when it is clear that is not the case. The Thatcher ideology of privatisation of public services has exposed our most essential and vital requirements to the volatility and unpredictability of the free market. Times of economic crisis demonstrate that the private sector is not fit to provide public services and it is us who suffer for it. What is needed is workers control and management of production as part of a socialist plan of production in order to solve the problems facing society.

It is not right that millions are being made in the City of London whereas millions are being forced to live in sub-standard conditions that were unacceptable in Victorian times. That the ‘credit crunch’ has forced many to have to wait even longer for even the meagre chance of getting a half-way decent place to live shows that once again capitalism doesn’t work.