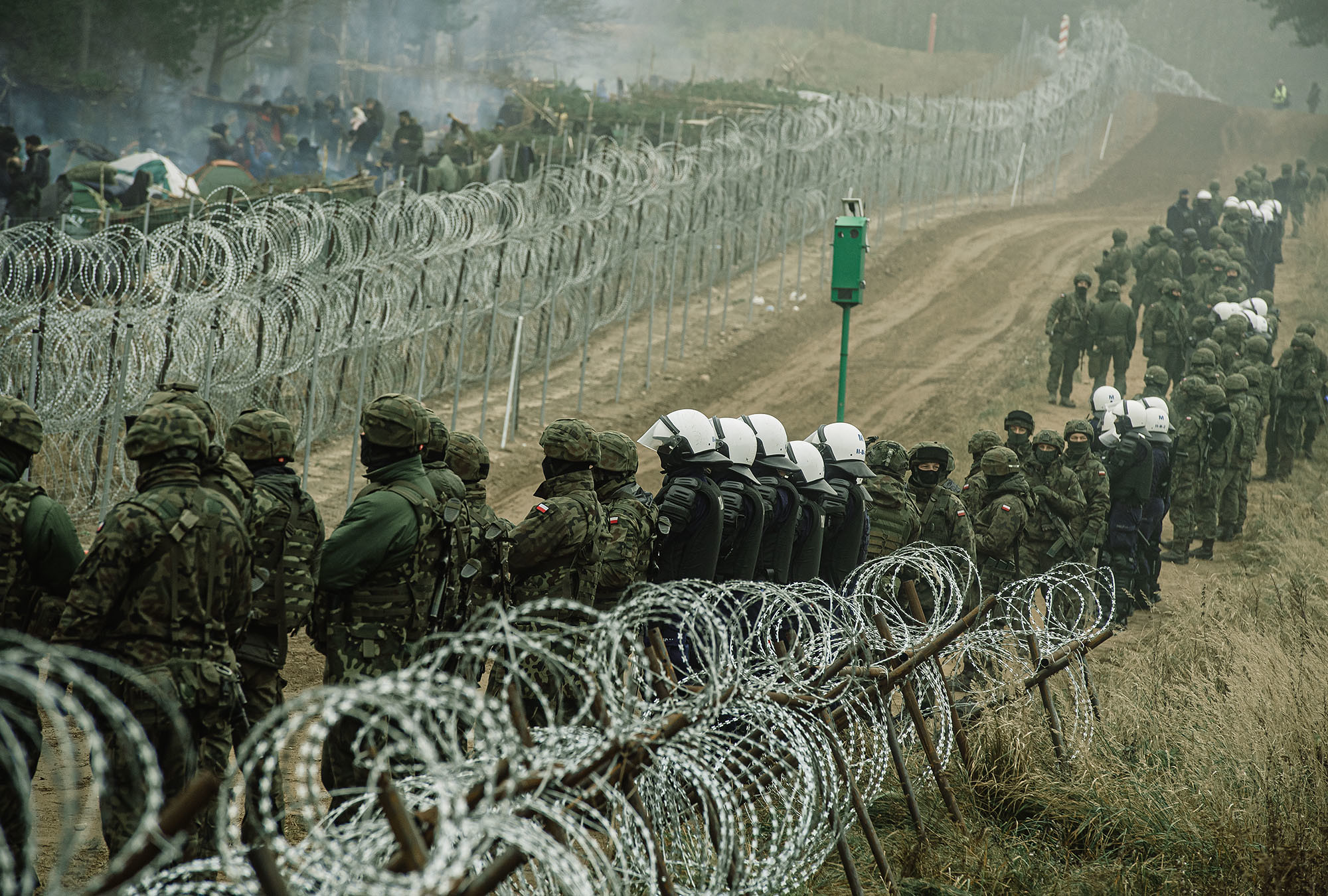 The crisis at the Poland-Belarusian border continues to escalate. On 8 November, around 4,000 refugees arrived in the vicinity of Kuźnica, where they tried to cross the border fence. Polish border guards fired teargas canisters at them. The number of refugees at the border is increasing every day. The Polish state has already sent many border guard units, soldiers, policemen, and even anti-terrorist units. Some extreme nationalist groups have also begun to voluntarily undertake border patrols. At least five people have died of exposure in the freezing ‘no-man’s-land’ between the two nations.

Both the conservative ruling Law and Justice (PiS) Party and liberal-led opposition are fundamentally in agreement on Poland’s response to this crisis. According to both of them, the borders must be defended at all costs and the refugees should not be let in. At an extraordinary parliamentary session devoted to this incident, they thanked: “all the officers and soldiers of the Polish Army who defend our border”. The only attack launched by the liberals was the accusation that the government lacks a concrete plan to solve this crisis.

The European Union remains in agreement with Poland as regards blocking refugees at the border. Some member states, such as France and Germany, have even expressed solidarity with the Polish government. Members of the European Parliament have called for the EU to finance border infrastructure, which is supposed to defend the 'common' borders. 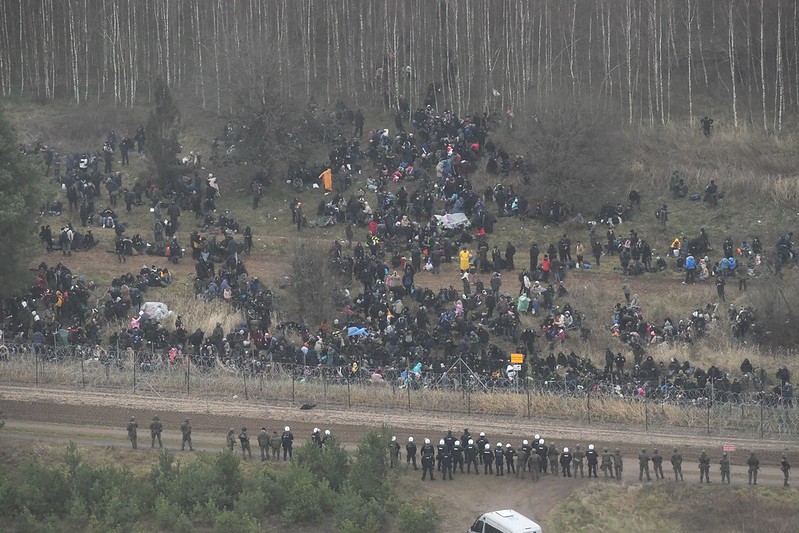 The number of refugees at the border is increasing every day. At least five people have died of exposure in the freezing ‘no-man’s-land’ between the two nations / Image: Kancelaria Premiera, Flickr

The only criticism of Poland from Brussels is its refusal to accept the assistance of Frontex: the infamous European guard service known for its brutality on the Greek-Turkish border. Belarus is to face harsher economic sanctions, and there is no doubt that it will be the working class who will suffer the most from the economic crisis these will cause.

The crisis at the border is intensifying, and neither the European Union nor Belarus (with Russia behind it) intend to give ground. The European Union, instead of helping people fleeing countries devastated by imperialist wars, prefers to strengthen and expand border security measures. All the noble “European values” of “democracy” and “humanitarianism” are thrown away as soon as the interest of the bourgeois member states are at stake. This is especially disgusting, as many of these refugees are fleeing war and chaos created by US-NATO militarism that has destabilised the Middle East. Rather than providing them with shelter, the European capitalists see it as more expedient to secure their borders and leave these victims of their own imperialist policy to their fate.

The Red Front (Polish section of the IMT) condemns both the policies of the EU member states and Belarus. We call for immediate assistance to be provided to all refugees, allowing them to enter Poland and granting them the right of asylum! We do not accept that people who are fleeing from war should be kept in conditions which are offensive to human dignity! Down with imperialism, borders and barbarism! An injury to one is an injury to all!