Brazil
Share
Tweet
As part of the international campaign in support of CIPLA workers, Hands off Venezuela and Young Socialist activists gathered yesterday in front of the Brazilian embassy in Vienna. In Belgium and Germany also the struggle of the CIPLA/Interfibra workers in Joinville was taken up with the Brazilian Embassy.

A group of around ten activists of the "Hands off Venezuela" campaign and the Young Socialists gathered on June 12 in front of the Brazilian embassy in Vienna. They were protesting the invasion of the CIPLA plant, which had been occupied and run under workers' control, by the Brazilian Federal Police. The comrades carried flags of the occupied factory movement in Brazil and a banner appealing to President Lula to stop the repression against the CIPLA factory committee. 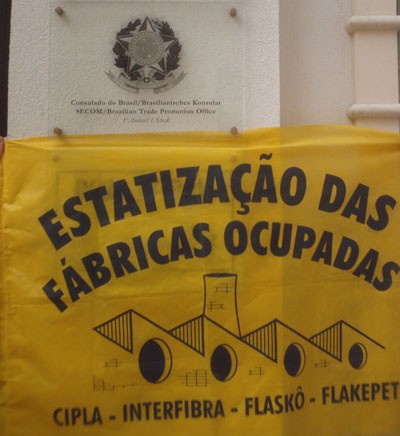 The responsible officials in the embassy reacted extremely poorly, saying that they would not speak to people who were not Brazilian citizens. They remarked that they were not interested in what the Austrian public thought about the internal affairs of their country. They were not even prepared to receive a protest letter signed by members of the Social Democratic Party, the Young Socialists and the trade unionists.

We will continue the protest campaign and are already planning further activities in relation to this important dispute. 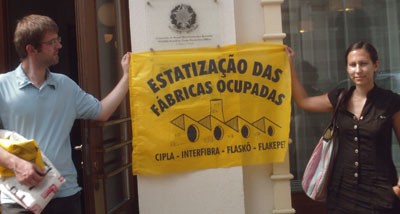 Yesterday as part of the international campaign to defend the workers of the CIPLA factory, a delegation of the organisations of the left and different international campaigns, listed below, presented a letter to the Brazilian authorities in the "Casa do Brasil" where the Embassy in Brussels is located.

We spoke to the Secretary of the Embassy demanding the immediate withdrawal of police and security forces from the factory and an end to the persecution of the workers and the management of the CIPLA factory. She said that the letter would be immediately sent to authorities in Brasilia, and she would get back to us.

The letter was signed by the following people:

Fabian Defraine, councillor for the SPT in Tubize,

Stephen Bouquin, professor labour sociology at the University of Amiens,

Nick Deschacht, economist at the Free University of Brussels and shop steward for the Socialist Public Services Union,

Rana Sikander, organiser of the PTUDC in Europe,

Erik Demeester, coordinator of the Hands of Venezuela campaign (Belgium),

This was the first step in the campaign to establish a permanent movement in defence of the workers' and peasants' organisations that are fighting for social change in Brazil. If the authorities do not respond to our petition we will step up our campaign.

We send solidarity greetings to the workers and management of the CIPLA factory! 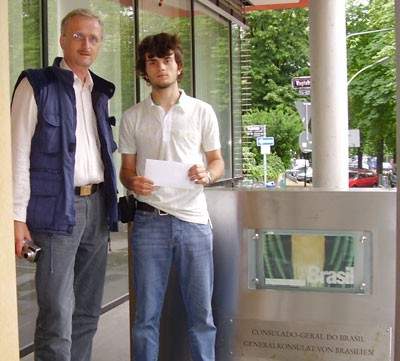