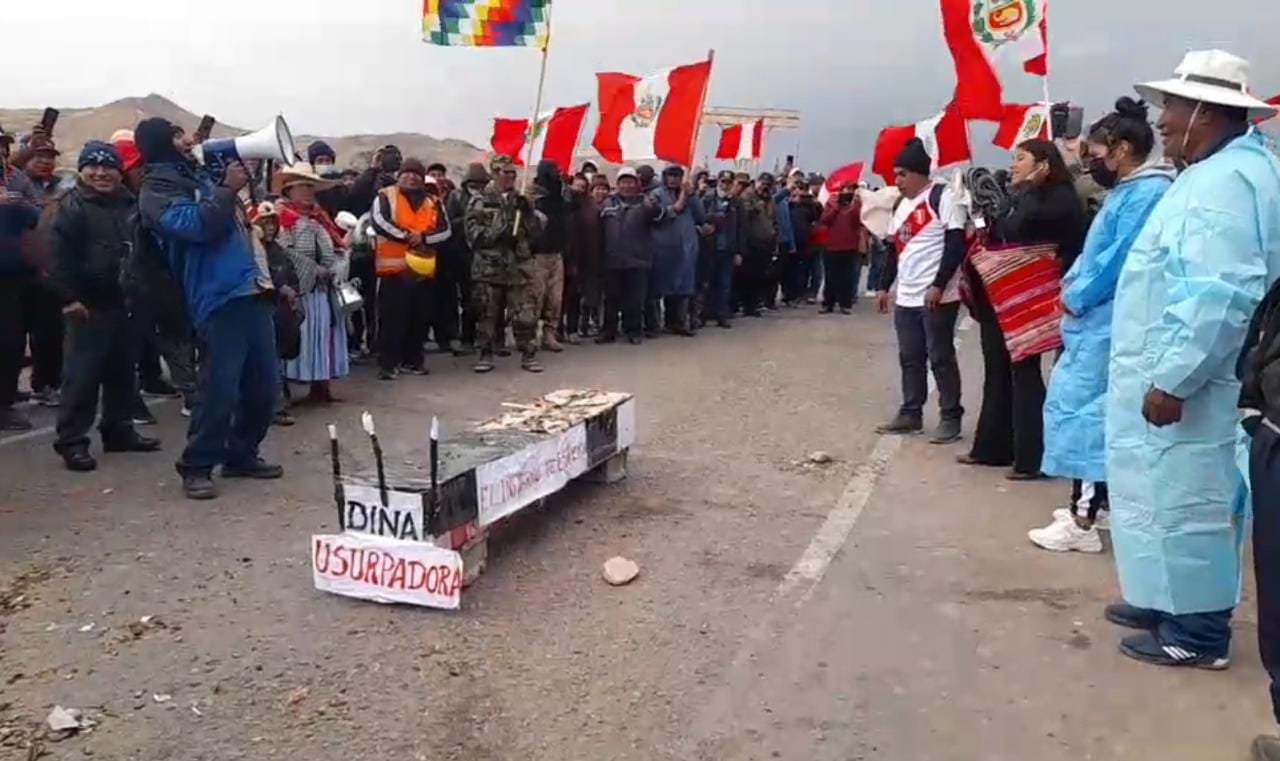 The mountain has laboured and brought forth a mouse. Yesterday, the Peruvian Congress once again considered the question of an early election, which it had rejected last Friday. When Dina Boluarte illegitimately took over from president Castillo, she announced she would stay in office until 2026. That has become untenable. Clearly a section of the ruling class in Peru understands that it must reform the political system in order to try to quell the huge wave of indignation raised by the congressional coup against President Castillo on 7 December.

The brutal repression, which has already left almost 30 dead, the state of emergency, the army on the streets, the curfew, etc. are not, in and of themselves, able to guarantee a return to bourgeois stability. Hence the need for new elections to give this illegitimate regime a veneer of legitimacy.

Moreover, the decision, which uses the mechanism of a constitutional amendment, has to be further ratified in a new parliamentary session in February 2023.

What was intended as a manoeuvre to placate the insurrectionary movement of workers and peasants against the whole regime, has turned into a farce that will not please anybody.

On 11 December, an editorial in the Financial Times (the authoritative organ of British imperialism, which obviously cares about Peru as a country rich in mineral resources) correctly called for broad political reform, including reform of the Constitution, as the only way to guarantee the stability of the capitalist order in the country (and therefore the stability of the interests of the mining multinationals):

“Progress is unlikely without far-reaching political reform. Peru is saddled with an authoritarian constitution drawn up by Alberto Fujimori, a president who closed congress and ruled by decree in the 1990s. Its unicameral parliament of 130 members can be dissolved by the president if it twice rejects his choice as prime minister.

“Political parties have proliferated under a poorly designed system of proportional representation, creating a highly fragmented congress where the president must constantly horse-trade. An archaic law, never properly defined, allows legislators to depose a president for “moral incapacity” — a useful big stick for extracting concessions.

“Most parties are little more than vehicles for the personal ambition of their leaders or the promotion of special interest groups. It is hardly surprising that polls show most Peruvians despise the entire political class. All this makes it all the more remarkable that Peru has survived multiple political crises over the past decade with its democracy intact. Its luck is unlikely to hold, investor insouciance notwithstanding.

“Congress and the new president urgently need to come together and agree a package of political reforms to put the country on a sound institutional footing and allow its deep-rooted social problems to be tackled. Otherwise a future coup attempt might succeed.”

But it seems that the political representatives of the ruling class in the Peruvian Congress are incapable of listening to the reasonable voices laying out for them the general interests of their class.

All the institutions of the bourgeois democratic regime are extremely discredited, with good reason. According to an IEP poll for La República, 83% of the population is in favour of bringing forward the elections, 71% disagree with Dina Boluarte’s assumption of the presidency, and 80% are dissatisfied “with the functioning of democracy” in general.

The IEP poll is also interesting in terms of the level of approval of Castillo’s attempt to close the Congress. Overall, 53% are against, but a significant 44% are in favour. By socio-economic groups, the richest (A/B) are massively against (69%), but the poorest (D/E) are in favour (52%). The class divide overlaps with the regional divide, with ‘rural Peru’ in favour (52%) and ‘metropolitan Lima’ against (63%). By region, the southern macro-zone is in favour (58%), as is the central macro-zone (54%).

According to another survey by IPSOS Peru, 62% of the population wants early elections with political and electoral reform.

When the masses of workers, peasants and students in the streets of Arequipa, Ayacucho, Apurímac, La Libertad, etc. shout “close the Congress”, they do not mean “close the Congress in 16 months so that the same people can be elected again”.

At a time when the working people in the streets are raising the demand, “kick them all out, close the corrupt Congress”, the Congress has decided that they will disband… in a year-and-a-half’s time!

The decision of that den of thieves known as the Congress is not going to have the desired effect of placating the working people on the streets. Its effect will be even more diminished now that the struggle has left almost 30 dead, killed by the army and the police.

It is obvious that in the last days the intensity of the movement has diminished as a consequence of the brutal repression, but also because of the absence of a clear leadership of the movement. However, it is not over.

In some areas road blockades continue, the Camisea gas workers are threatening to take “the most radical measures”, thousands are marching in Cusco from rural areas, and neither the Congress nor the usurper Dina Boluarte have regained an iota of legitimacy – quite the contrary.

It is more urgent than ever to give the movement an organic structure, uniting all the sectors and organisations in struggle: both those that already existed and those that have emerged in recent days; trade unions; peasant and agrarian organisations; student federations; rondero peasant patrols; unitary commands of struggle, and regional defence fronts in a great National Revolutionary Assembly of Workers and Peasants, to give direction to the struggle and to pose the task of taking over the reins of the country.

Kick them all out – the working people shall govern!