Hell on earth is the only way one can describe the situation in the flood affected areas of Pakistan. People are going hungry, children are being hit by disease, poor pregnant women are lying in the open air under the rain. In these conditions the comrades of the PTUDC are doing what they can with the meagre resources at hand to provide some relief. Please help these comrades with whatever you can!

It is said that one calamity brings another. The flood in Pakistan has brought along with it many tragedies. In a country already stricken with poverty and backwardness the flood waters have not only brought death but also misery which is more painful than death. The southern part of the largest province of Punjab and North Sindh, where there are huge land holdings, millions of people living below the extreme poverty line are being devastated by the floods. Neighbouring Multan, the districts of Muzzafargarh, Bahawalpur, Rajanpur, and Rahim Yar Khan along with Kashmore, Ghotki and Jacobabad are being hit by destructive floods. The 1,150,000 cusecs gush in the Indus has pulverized the already rotten state infrastructure. Numerous levees have been breached, resulting in the ruin of millions of people. 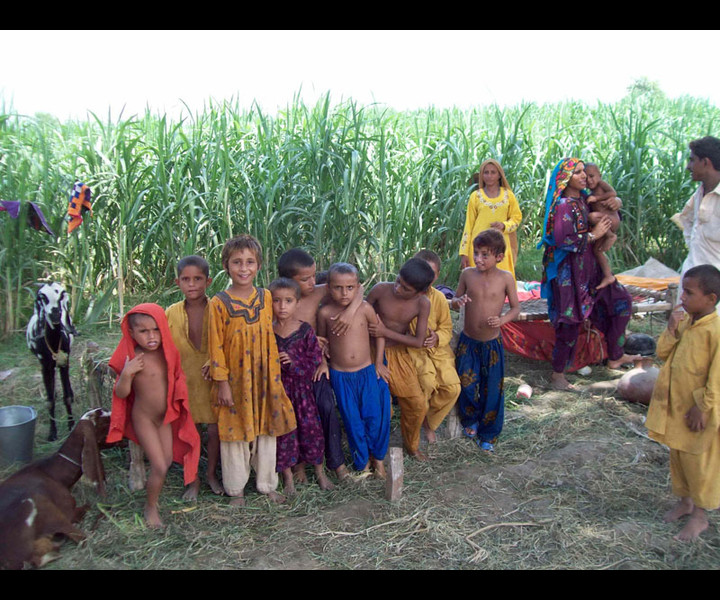 In the beginning the flood affected the Sindhi and Baloch tribes settled along the banks who were already living miserable lives. Although these tribes were accustomed to very harsh and insecure living conditions the number of deaths caused by this flood have tested their endurance against natural disasters.

Trotsky said that life targets the weak. The flood has affected everyone but the most affected are the weakest sections of society, namely the women and children. Women in these areas are the most exploited section of the population and are now suffering the most. Under normal circumstances the women of these areas have to work much more than the men do. Many of the men are forced into crime and are involved in armed robberies, kidnappings and theft. The rest are employed in rearing livestock and as farm labourers. The women, while being constantly in labour have to do household work and gather, process and feed the fodder to the cattle and along with that have to completely subjugate themselves to their men and face domestic violence. 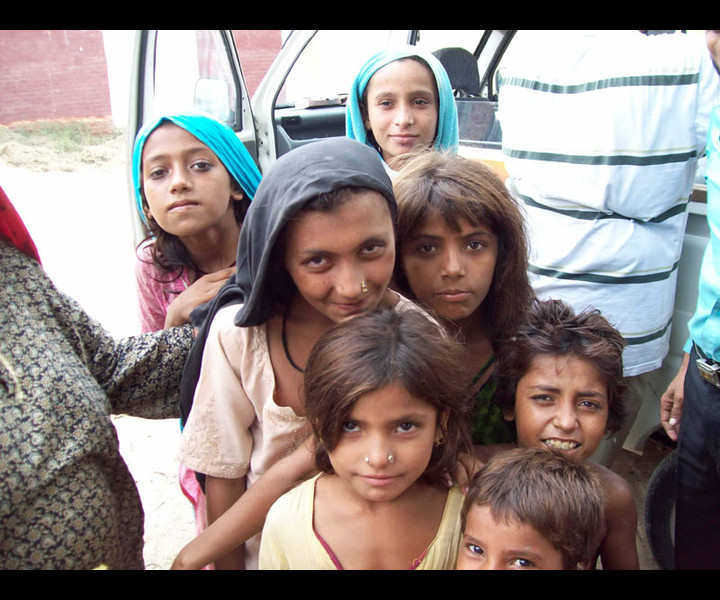 The Pakistan Trade Union Defence Campaign’s mobile medical relief team came across a woman, on the bank of the Fazil Wah canal, who was drenched in the constant downpour of rain. Her eldest child was 2 years of age, she had 12 month old twins and she was eight months pregnant. She was suffering from allergy and had a fever. The women have to reproduce for as long as they remain fertile and in tribal culture this is considered as a means of proving the manhood of a man and the utility of the woman. A pregnant woman with an infant in her lap; such scenes are everywhere. The flood has taken in its toll on many such mothers and their children. The destruction caused by the flood has intensified the day to day misery of the women in labour. Premature births, bleeding, aches, death of unborn babies and other gynaecological disease are widespread. Pregnant women who need rest or at least a comfortable situation are lying under the sun and in the rain, fighting a battle with death. A woman when questioned told us that death is better than life under such conditions. 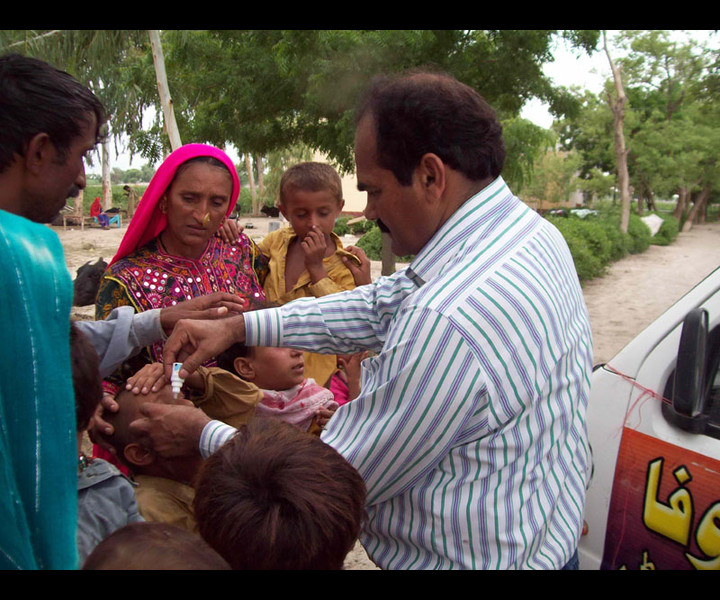 Epidemics are spreading in the flood hit areas. The greatest problem is that of clean drinking water. All the victims of conjunctivitis and skin diseases are flood victims and now these diseases are spreading towards the unaffected population. Among children diarrhoea, dehydration, water born diseases, stomach pain, conjunctivitis, respiratory and chest diseases are common. Dehydrated children are falling victims to Cholera and chest infections. Skin allergies are rotting their skins. If due to the continuous pregnancies under normal circumstances the mothers are unable to take proper care of their infants it is impossible in such an emergency situation. 80% of infants are suffering from severe diseases and they need immediate hospitalisation.

In such conditions the mobile medical team of Sadiqabad Pakistan Trade Union Defence Campaign has treated 8276 patients so far and has given them free medicines, the price of which amounts to almost Rs. 720,000. The PTUDC medical team has only common and emergency medicines. A well equipped ambulance is also required. Many women and children can only be treated in a hospital. The only hospital within reach is in Rahim Yar Khan, very far from the affected areas (50km-100km). 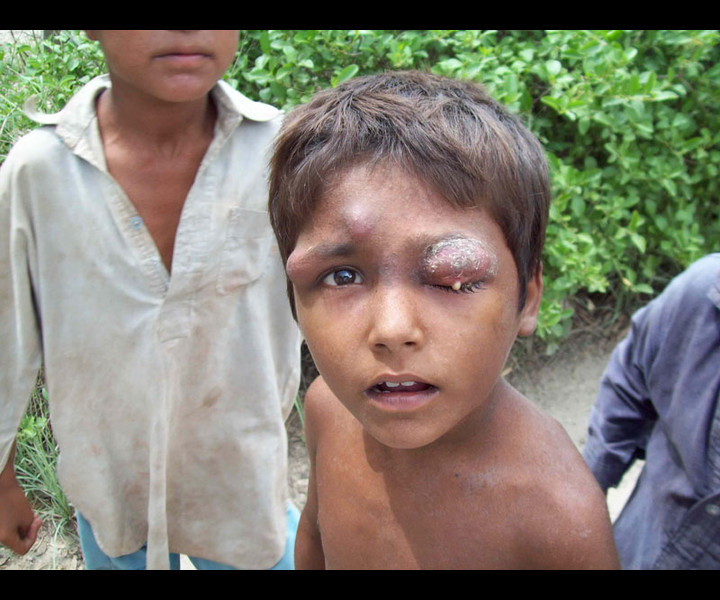 The conditions in the government relief camps is even worse. The rain on August 16 was between 6 and 18 inches [15 to 45 centimetres] in all the camps. There is lack of planning and the bureaucracy is using the old principal of “Look busy do nothing”. 98% of affected people are out of the government’s reach and are waiting for a miracle. People are being weakened due to hunger and disease. So far the citizens of Rahim Yar Khan and Sadiqabad in their compassion have been providing food to the victims in an unorganized manner. The time-gap between the delivery of meals is sometimes up to 3 days. In many places nothing has been delivered at all. Many people have only the clothes that they were wearing when they fled for their lives.

Intensifying the tragedy of these lamenting and dying people are their tribal traditions. Sitting side by side, the victims of the flood do not socially mix together. Their honour, tribal pride and bad bloods have not left them even in the face of death. Similarly those associated with crime are carrying on their activities. So far there have been two attacks on the PTUDC mobile medical team. Kidnappers forced our vehicle into the forest but we were successful in escaping before reaching their hideout. On the second occasion our vehicle was attacked by dacoits on the rainy night of August 16, who took away many medicines. 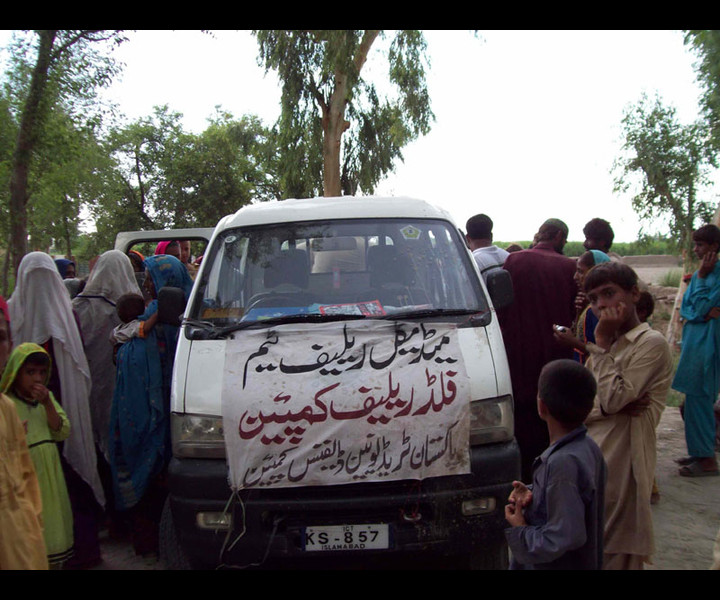 In spite of all these difficulties, we will keep on helping the dying people in all circumstances. Right now flood victims are lying in jungles, plains and fields. It is our revolutionary duty to do what we can to save their lives. Our resources contributed by our friends and comrades are very limited. We need a complete ambulance, quality medicine and many doctors. But we will keep on working with revolutionary spirit.