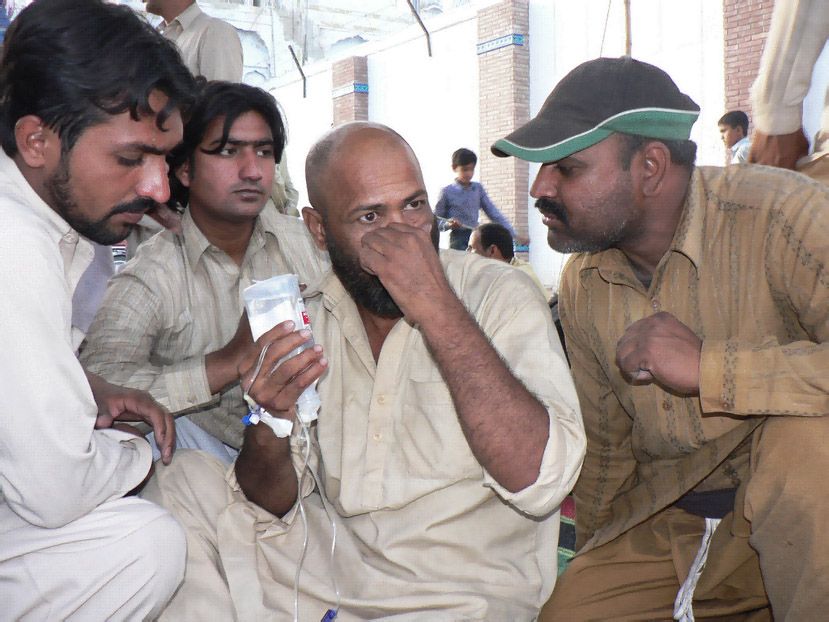 Management is using the yellow “pocket” union to attack dismissed workers in Rahim Yar Khan. On 5 April nearly 150 goons of the pocket union, which is also the CBA, attacked the sit in organized by the dismissed workers with iron rods and hockey and cricket bats.

Leaders of PTUDC, comrade Haider Chughtai and comrade Kajal also came under attack. Many workers were seriously injured and were taken to hospital. All the cameras and mobile phones were seized and broken so that no record of this brutal incident could be kept. The police was heavily deployed on this occasion which acted as mere spectator at this heinous incident.

The rally was attended by hundreds of workers, students, social and political activists. At the end of the rally the participants organised a sit down strike in front of the Unilever factory gate. This peaceful protest started at 1pm in afternoon and continued for five hours. Protestors raised slogans against Unilever management and demanded that the 307 dismissed workers should be reinstated immediately. They also demanded that Usman Abid (Manager HR Department Unilever) be sacked instead of the poor workers, that all the contract workers should be declared permanent employees and that the minimum salary should be 11000 rupees. 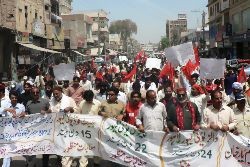 At 6pm Usman Abid (HR Manager Unilever) provided the goons of the pocket union, Qamar Sultan, Pervez Abbasi, Waheed Bajwa, Khurram, Shahid Shah and many others with iron rods, hockey sticks, cricket bats and cricket wickets from the Unilever Sports Club and ordered them to disperse the protest by force. On the orders of Usman Abid, the office bearers of the pocket union, along with 150 hired goons, attacked the protestors beating them severely and seriously injuring at least six workers. Armed assailants set the protest camp on fire, smashed the sound system, damaged bicycles and motorbikes parked nearby and seized mobile phones and money from the peaceful protesting workers. Police played the role of silent observers and even baton charged the dismissed workers afterwards, injuring many others.

An emergency meeting was called by the PTUDC and Labour Action Committee after this meeting in which the fascist and anti-worker mentality of Usman Abid and the Unilever management was condemned. The demand for legal action and the immediate arrest of those responsible for the incident was also made. It was also decided that the PTUDC will stand by the oppressed workers and give all kind of support possible in these critical movements. The local leadership of the PTUDC also issued an appeal for the students and workers of all countries to show solidarity with the dismissed workers of Unilever.

In the aftermath of the tragic incident, the General Secretary of the pocket union Masood Tariq and information secretary Manzoor Khan resigned from their designated posts in protest while many workers of the pocket union condemned the incident. The Pocket Union has also officially apologised to the PTUDC now and has said that they were provoked by Unilever Management to do this.

Comrades of PTUDC and the dismissed workers have vowed to continue this struggle till their demands are accepted by management. They have said that these dirty tactics of the management will only strengthen their resolve to fight against injustice.

We appeal to the workers of the world to come forward against this barbarous attitude of Unilever towards its workers and condemn this violence and send letters of solidarity via the PTUDC website.