The workers at this important oil refinery in Pakistan have set up a union and are demanding, among other things, that the temporary staff be given permanent contracts.

In the district of Muzzaffargarh, in Pakistan, there is an oil refinery of the Pak-Arab Refinery, PARCO, which is one of the largest in Asia. All the employees, except for the administrative staff and officers are on temporary contracts. Workers have been working here as contract workers for more than 20 years and all the promises of successive governments to make them permanent have never been kept. 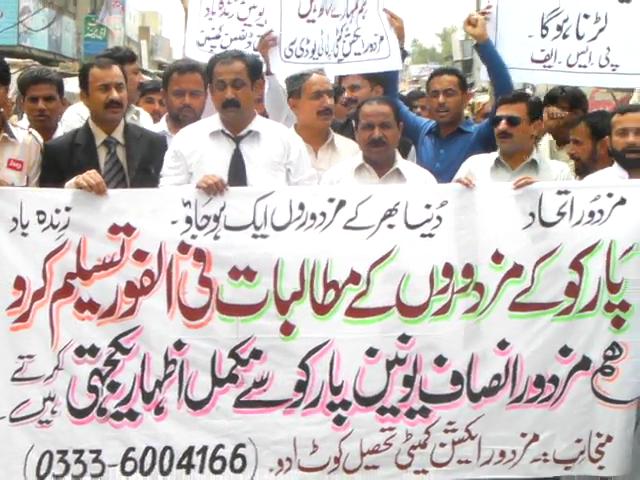 The workers started a struggle in the refinery under the leadership of comrade Raza Khan Gurmani and Wahab ud din Khan and as a result, after many months, for the first time a workers' trade union was registered under the name of the Mazdoor Insaaf Union. The draconian anti-labour laws proved to be a major hurdle in registering the union.

After the registration of union the workers put forward their ten demands to the administration. Important demands included the transforming all employees into permanent workers, a share in the profits, a hospital and a school for the employees and people of the area. The administration sternly rejected these demands, upon which the workers called a gate meeting and placed banners around the refinery. 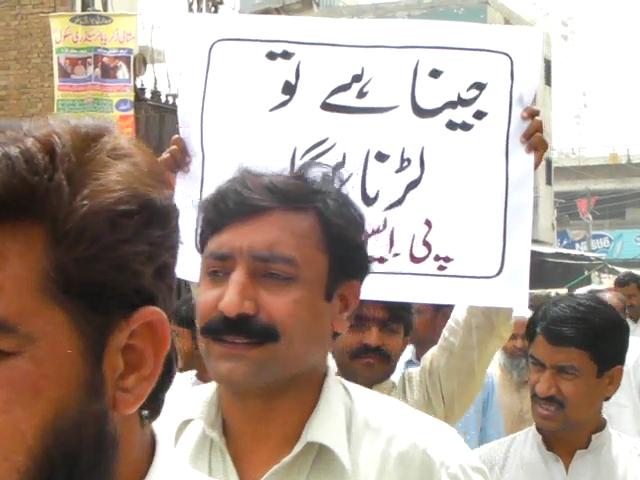 It was decided to hold a rally on April 20 in morning. On the call of the Mazdoor Action Committee and the PTUDC a big rally was organised in front of the Press Club. Those who addressed the rally were Raza Khan Gurmani, President of the Mazdoor Inssaf Union, Malik Imam Din, district general secretary of the Punjab Teachers Union, comrade Shafqat Baloch, Mian Amir Sultan, Advocate patron in chief Kiln Workers Association, Wahab ud din, General Secretary of the Mazdoor Insaf Union, Ch. Ashraf Shahid, General Secretary of the Al Barq Employees Union Kot Addu Power Company and comrade Ali Akbar, PTUDC organiser.