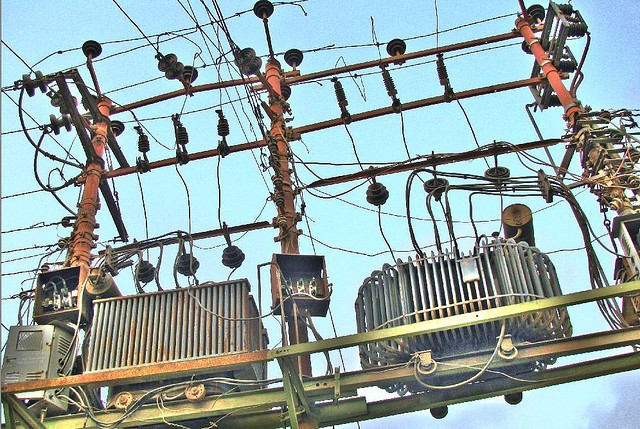 It is often said that necessity is the mother of all invention. However, if we look at the masses on a vast scale in society it turns into its opposite. Most inventions become a necessity on a wider scale once people become aware of their benefits and end up becoming dependent on them. At that stage these inventions adopt the characteristic of social necessity.

The same is true for electricity. Once people got used to its usage, it became an integral part of their lives. However, in countries like Pakistan the provision of this necessity is on the retreat. That is where it hurts the most.

There is an interesting anecdote in Punjabi folklore. A poor peasant was carrying a bag of wheat to the roof. His supervisor lit a match to light up the stairs. In a few moments, the matchstick flickered and blew out. The peasant exclaimed in disgust, “You have even taken my darkness from me.” When the flame was extinguished, the peasant’s eyes could not even see what they had adjusted to (darkness) before the match was lit.

The torment that the people of Pakistan have to suffer in their daily lives due to the massive power cuts is much more agonising. Electricity is probably the most important invention that has become part of human existence. From industry to the household, from education to health, it plays a vital part in the functioning of the innumerable sectors of the economy, society and domestic life. With electricity outages, life comes to almost a standstill.

In Pakistan over the last few years intense load shedding has become a norm but people cannot adjust to it as there is no feasible real source that can replace the use of electric power. The dependency is so intense that regular day-to-day activities shrivel and stagnate.

A sarcastic joke circulates amongst the masses in South Asia that the people of Pakistan are the happiest in the region because they rejoice every hour. Electricity goes off every hour and when its returns after an hour everyone exclaims in joy, “It’s come, it’s come!” Now even that is not the case as vast regions have electricity outages of more than twenty hours a day.

This state of affairs is not a joke. These outages do not just affect the physical state of the people; it is increasingly becoming a psychological trauma. It worsens the moods, attitudes, behaviours and alienation in society. People are desperate and furious. There have been sporadic protests at regular intervals with the rise in the duration of these outages in the last four years of this so-called democratic rule. These could rapidly converge into a unified mass upheaval that could threaten the entire system. The different political parties and leaders are playing the blame game. This has further confused and distracted the already deprived masses from reaching a path that could lead them out of this and other cruel ordeals they are suffering in this tragic society. The experts and analysts are full of modern information on power generation and its supply. From the vast coal reserves in Thar to power generation through solar energy and nuclear power, to the wind and the waves in the Sindh and Balochistan’s coastal areas, there are endless sources being pointed out. There is a superabundance of innovative suggestions in the press and television.

The simple truth is that there is an overcapacity of power generation in Pakistan. The total power required at present is around 15,000 megawatts while the total generation capacity is 19,500 megawatts. So where is the problem? The reasons for the underproduction of power are profit, the lack of funds by the state to pay the exorbitant prices of the private power producers and to repair the infrastructure in the hydropower and other state-owned production units.

In the last decade, hardly any new electricity-generating capacity has been added due to the ever-increasing GDP expenditure on imperialist loans and military hardware, which leaves almost nothing left to repair or build new infrastructure, not just in electricity but from the railways to health and education to roads; all have been left in neglect and are in tatters. And these deficits are only going to worsen in the period ahead. According to some conservative estimates, by the year 2020 the shortfall will be more than 20,000 megawatts.

However, the real issue is that under capitalism, the development of physical and social infrastructure is not for the fulfilment of social needs but to generate profit. In the rotten crisis-ridden capitalism in Pakistan, legal profitability rates are dismally low. Hence, businesses and the state end up resorting to some of the most vulgar forms of corruption. This then defines the pattern of infrastructural planning and goes some way in explaining why hydropower dropped to only 30 percent of the total power generation in the country.

The Independent Power Producers (IPPs) set up during the 1994-5 period were based on petroleum products. Lucrative contracts were dished out to imperialist multinationals from which they generated much more profit than electricity. So were the commissions and the kickbacks that the bureaucracy and the politicians got in reward. These multinationals have been repatriating profits of about $2 billion a year for nearly two decades now. Just imagine this massive amount being invested in diverse technologies for power generation. These private generation companies have a capacity of generating 4,981 megawatts but they produce only 2,319 megawatts, simply to force the government to pay ever-higher prices. There is an easy solution to the nightmare of power outages. Nationalise these IPPs under workers’ control and management and the next moment one could say ‘Let there be light’.

But our ruling elite cannot do this, whichever party or institution they might belong to. In 65 years, the Pakistani bourgeoisie has lost all confidence in creating a modern industrialised society. In desperation, they have resorted to unprecedented economic, social and political despotism to further subdue the masses. Their cold indifference and callousness exudes from their economic and social impotence. They are subjecting the oppressed masses to shock therapy. With a philosophy based on logical positivism, they think that by inflicting wound upon wound on the toilers, they can somehow vanquish them until eternity.

They are highly mistaken. The masses see that the rich and the powerful do not even know what it feels like being without electricity. The chandeliers in the palaces of the affluent are ever glowing while the lone bulb in workers’ dwellings seldom twinkles. This class contradiction is roiling like lava. When these volcanic eruptions explode, the elite will not be able to escape the wrath of lightning shock waves of a mass revolt with a vengeance.

The writer is the editor of Asian Marxist Review and International Secretary of Pakistan Trade Union Defence Campaign. He can be reached at This email address is being protected from spambots. You need JavaScript enabled to view it.