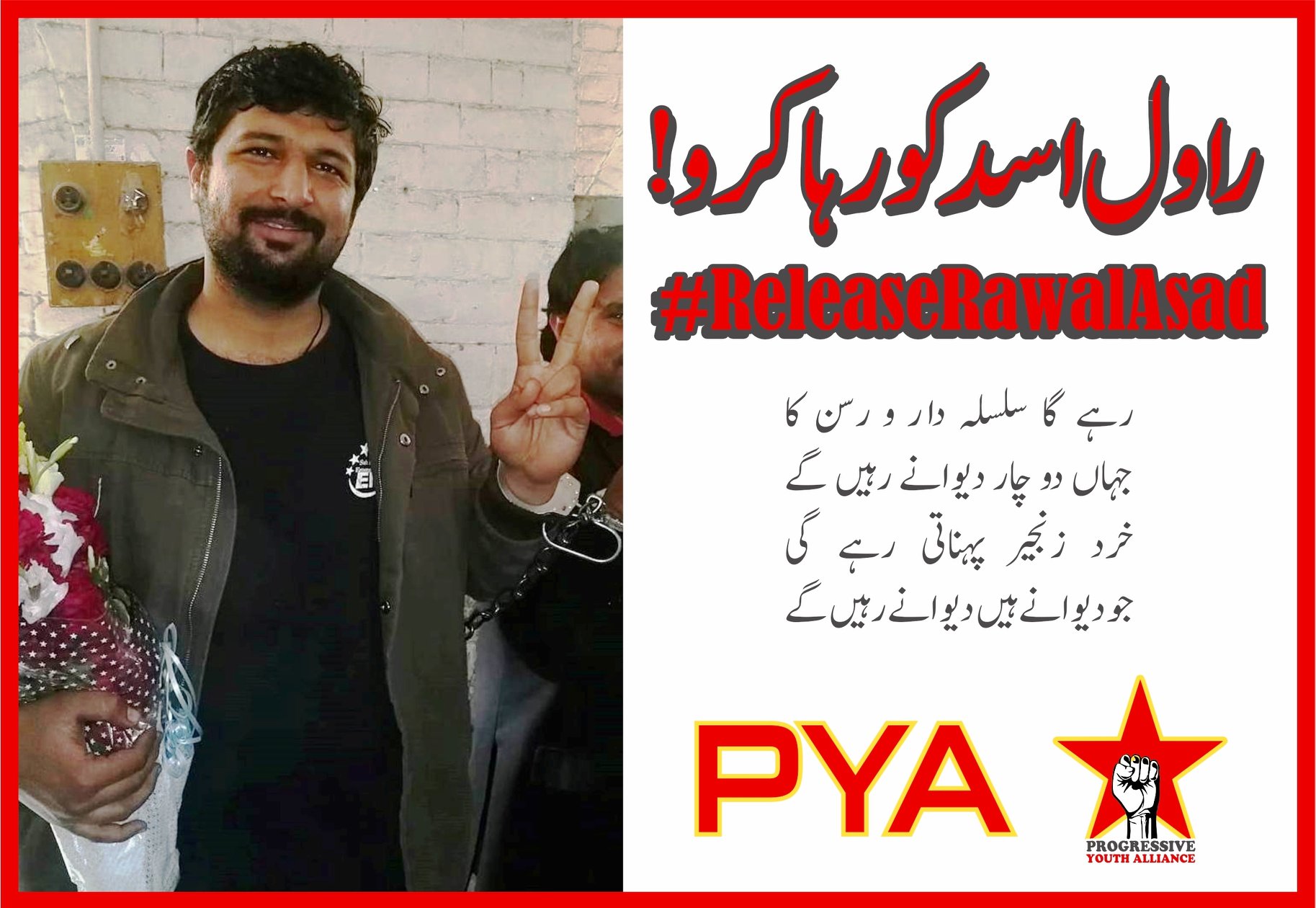 Today (6 March), the judge of the Multan High Court granted bail to Rawal Asad after hearing his case. This has proved once again that the decisions of the lower courts were illegal and biased. It also clearly reveals that they were subject to external influence.

Tomorrow, Rawal will be released from jail after completing the due legal process. Today, Rawal was represented in court by Azhar Bukhari, one of the most senior lawyers of Multan and a veteran political activist, and Advocate Habib ullah Shakir. Both made strong arguments in pleading their case. The trial will continue, until it is decided whether the act of attending a peaceful protest to condemn the killing of Arman Luni was seditious or not.

The Progressive Youth Alliance will defend the right to protest, along with the right to freedom of speech and assembly, and will fight against state repression. The comrades of the Progressive Youth Alliance have also vowed to continue their struggle for free education and for the restoration of student unions in Pakistan. Though it is clear now that this struggle will face more repression by the state and attacks by reactionary forces, the comrades are determined to carry forward their struggle unto victory.

The PYA sends its thanks to all the comrades, students and workers of Pakistan and of the whole world who came out in big numbers to support this genuine cause of defending elementary democratic rights. This struggle has once again proved that the only support the victims of state repression can have is from the international working class. This struggle has also proved that working-class unity across the world is not a hollow slogan but a material reality, and is the only way to defend the rights of oppressed people everywhere. All the divisions imposed by the ruling class along nationalist, religious and sectarian lines only serve to divide the working class and maintain their oppression. The struggle against national oppression or for other basic, democratic rights can only be successful if it is organised on class lines.

We once again thank all the comrades around the world who came out to protest for the release of Rawal Asad. We will keep updating you on events pertaining to Rawal’s case as they unfold. We also promise to keep the red flag flying, to fight against the brutal capitalist system and for a socialist revolution until our last breath!

Free education and healthcare for all!