Students, workers and political activists held a protest in Kot Addu to condemn the arrest of comrades Umer Rasheed and Asad Rehman. On 20 November at 11am they gathered at the Press Club in Kot Addu to protest against this brutal action of university administration and Punjab government. 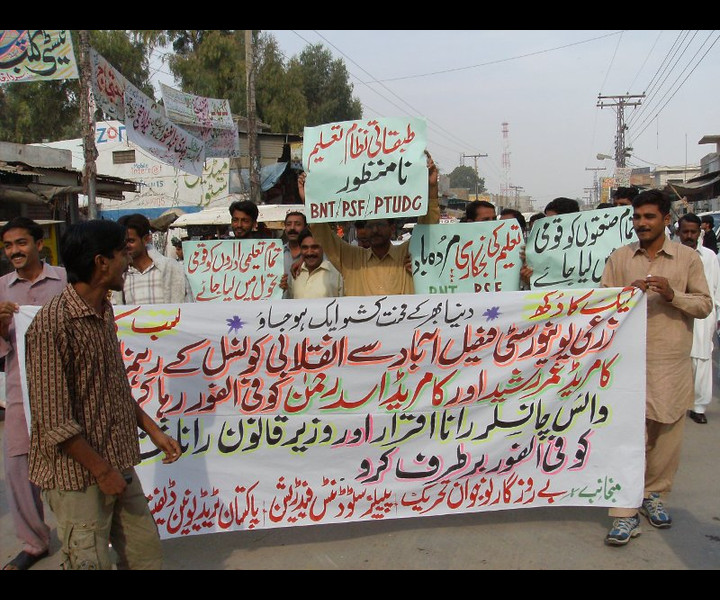 The protesters carrying banner and play cards with slogans of solidarity with comrades of Agriculture University in Faisalabad and against state repression came out on road. The protesters blocked the road for 30 minutes. They demanded the early release of the arrested comrades and the dismissal of the VC Rana Iqrar Ahmad and the Law Minister in the Punjab Rana Sana Ullah.

The following people participated in the protest: