A rally in support of Iranian workers was organized by the Pakistan Trade Union Defence Campaign (PTUDC), Unemployed Youth Movement (BNT) and Peoples Students Federation in Quetta on June 21.

Quetta is in grip of violence and Army Operation by the Pakistani State. Target killings and strikes are the norm of the day. On June 21 there was strike call by a nationalist party, but the comrades still came out to protest in solidarity with the workers of Iran. 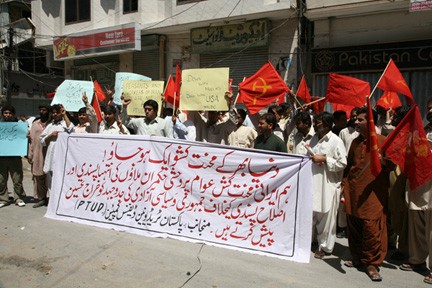 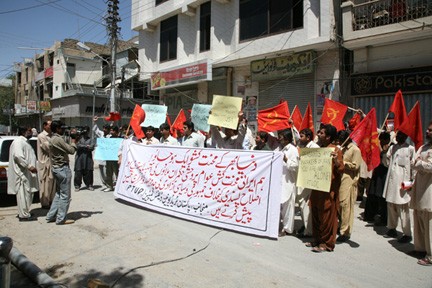 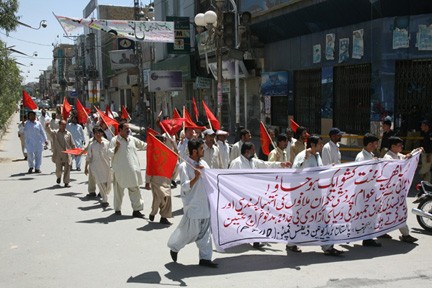 After passing through the Jinnah Road the rally stopped at the Press Club and turned into a public meeting. The General Secretary of PTUDC, comrade Nazar Mengal, addressed the meeting and condemned the brutal repression by Iranian Mullahs. He said that Iranian Mullahs have curbed the rights of workers for last thirty years. There are no trade union rights and any political discussion is banned. May Day celebrations are banned and women have no rights at all. 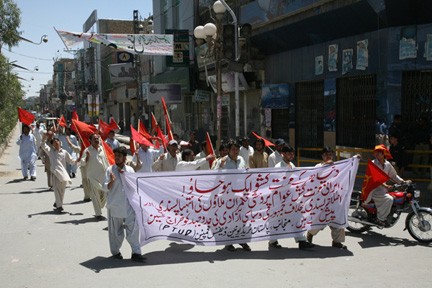 But now the revolution has begun in Iran and we salute to this new struggle. The election fraud has sparked this movement and now the repression by state cannot stop this movement. Workers of Pakistan support this movement. The only way forward for the Iranian workers is to reject reformism and fundamentalist mullahs and march towards a socialist revolution. 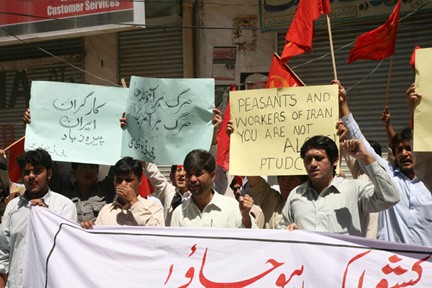