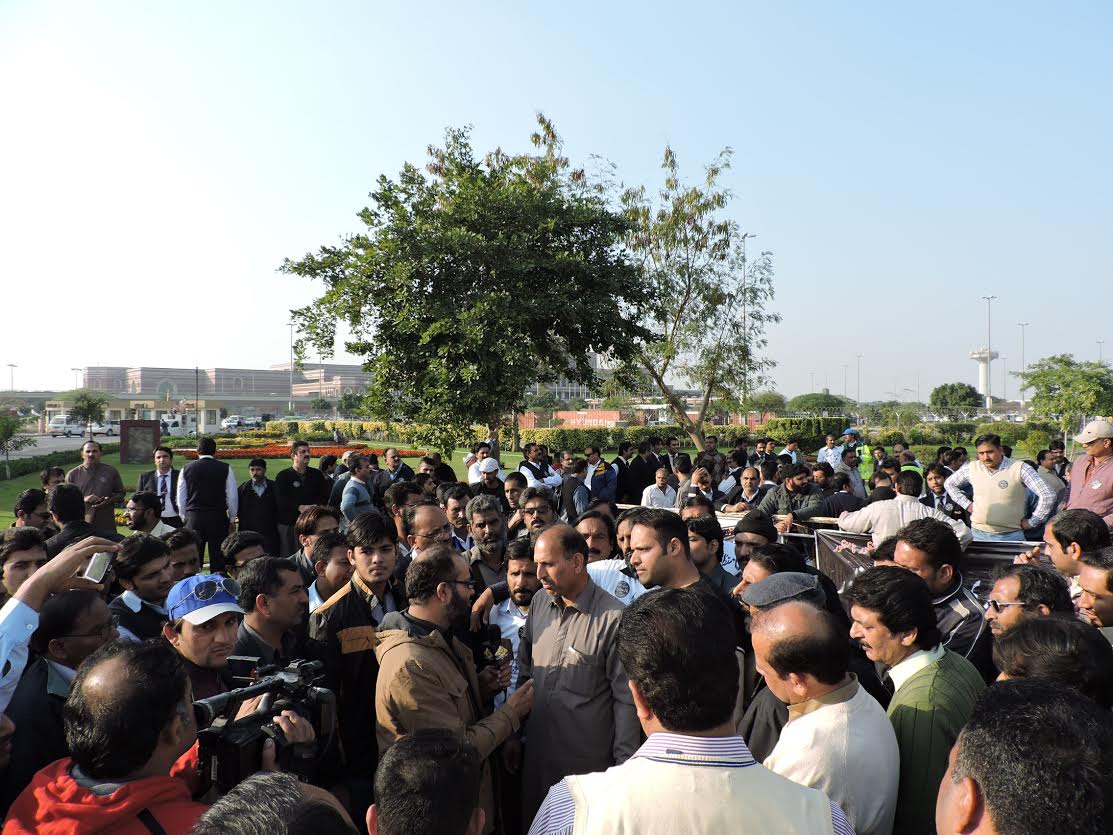 The workers of Pakistan International Airlines have been at the forefront of the class struggle over the last few months. Rob Sewell, the editor of Socialist Appeal, spoke to leading trade union activists at the Lahore airport about their recent battles.

I asked the general secretary of the Air League, Mehmood Bukhari, to explain the situation:

"Following the demonstrations against privatisation of the PIA, two workers were shot down in cold blood by state forces in Karachi on 2nd February. This sparked off open rebellion amongst airline workers across the country, leading to a spontaneous all-out strike, the first of its kind in the history of Pakistan," he said. 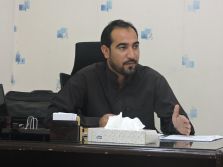 This killing of workers and the subsequent movement struck a chord with many other sections, resulting in the threat of solidarity action from workers on the railways, and in the water and electricity industry. The whole situation was pregnant with a general strike.

However, the national union leaderships, starting with those of the PIA workers, were shocked by this response and did everything in their power to hold things back. The marvellous initiative to strike came from the workers themselves, who threw aside all divisions, including union divisions, to unite in common action. 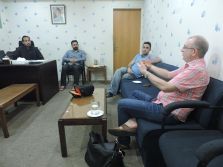 The government had already responded to the anti-privatisation demonstrations by introducing the draconian Essential Services Act. Following the killings, they were desperate to force the workers back to work under threat of dismissals and disciplinary action. However, their greatest allies in this counter-offensive were the cowardly trade union leaders of the PIA who were desperate to regain control of the situation. A gulf opened up between them and the rank-and-file workers.

Despite this conspiracy between the government and the union leaders, and in defiance of the Services Act, the airline workers remained out on a national strike for 8 days, an unprecedented action in the history of Pakistan. Not a single plane of the PIA flew inside or outside of the country. The only reason this battle did not become a general strike was solely the lack of leadership. 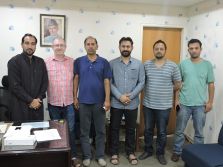 "It was the constant threats of the government and employers, who sent round their agents and police to the houses of strikers in an attempt to force them back to work, which had an effect on demoralising many workers as the strike prolonged," said Mahmood.

The government, of course, made false promises. The union leaders were prepared to accept anything and called off the strike without any guarantees or agreement. 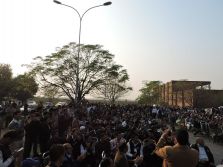 Within a few days, management and government went onto the offensive, unleashing a campaign of hounding and victimisation, especially of the rank-and-file activists. So far, 305 workers have been issued with "show cause" (disciplinary) notices, which has forced them to seek legal defence. Workers' heads have been temporarily cowed, but the strike has clearly shown the potential that exists for struggle.

The government has recently introduced the PIA privatisation bill in the National Assembly, which will be discussed in the coming weeks.

Activists are discussing the next step forward for workers. For them, the key task is to link up all the different struggles taking place. There are around 68 state enterprises being privatised, including the PIA. Those workers under threat should be brought together in an all-sector action committee, with the agenda of an anti-privatisation struggle, including the call for a general strike. This must include the abolition of the Privatisation Commission and the Privatisation Ministry.

With the killing of the two airline workers, the situation will never be the same again. "Enough is enough!" The time has come to rally our forces and prepare for all-out struggle.