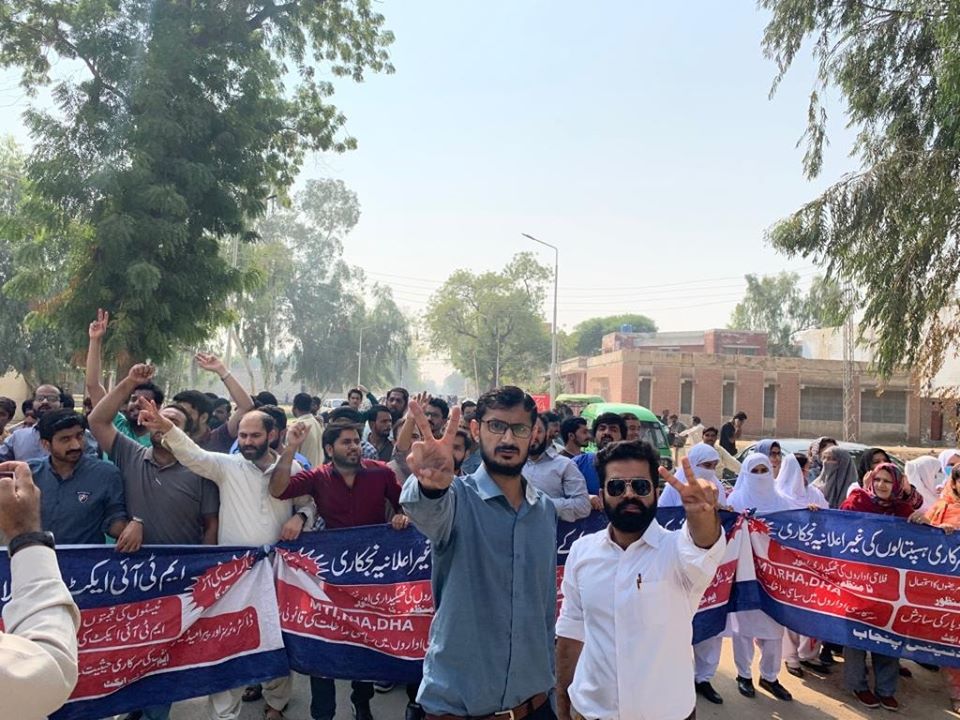 A powerful movement of health workers is going on against privatisation in Pakistan. The government is snatching the basic right of healthcare from the working class in a country where already more than 80 percent of the population has no access to basic health provision. Rather than building new public hospitals and spending more on health services, the government has planned to close the health department altogether and hand it over to the private sector.

This means that hundreds of thousands of people will die across the country from minor injuries and treatable diseases due to the lack of any treatment. This also means that tens of thousands of health workers will lose their jobs and pensions and will be thrown into a life of extreme poverty and misery. The gravity of the situation has multiplied with the absence of any political party that stands against privatisation and supports the right of free healthcare for all.

In this dire situation, health workers of the Punjab and PakhtunKhwa province have come out in large numbers and have started a movement against this draconian measure of the Pakistani state. Red Workers Front is at the forefront of this struggle and has helped to bring together various unions, associations and groups of health workers in Punjab on the platform of Grand Health Alliance (GHA) to forge a united struggle against this oppressive measure. This strategy has also been replicated in PashtunKhwa, as well and GHA there is also carrying forward this struggle against the present regime.

With a population of 220 million, Pakistan is one of the poorest countries in the world. It ranks among the lowest in the human development index. The country is a nightmarish example of the horrors of capitalism and imperialist plunder. With an ever-widening gap between rich and poor and crumbling physical and social infrastructure, the country is a living hell for its working class. More than half of its population lives on less than one dollar per day. Although the masses have to suffer daily in every aspect of their lives, poor-quality and insufficient healthcare delivery is one of the most disturbing aspects of their existence.

The country spends less than two percent of its GDP on healthcare and a large portion of this spending is done by the private sector. This is not a problem for the rich and upper-middle-class, because they can afford the costly healthcare delivered by the five-star, hotel-style private hospitals - but the poor suffer and die untreated in hellish conditions. For 220 million people, the country has only 5,800 basic health units, 950 secondary care hospitals and just 22 tertiary care hospitals in the public sector. The extremely poor quality of these facilities notwithstanding, the sheer lack of quantity speaks volumes about the condition of healthcare available. There is only one bed for every 2,000 people in public hospitals. The patient-to-doctor ratio is 1:1500, and the patient-to-nursing-staff ratio is even worse. The country has one of the highest infant and maternal mortality rates in the world. Every year, some half a million children under five years of age die due to treatable diseases like dysentery, malaria, typhoid and RTI, because they don't have access to free or affordable healthcare. Every year, more than 50,000 women die during childbirth, because of the absence of maternal and child health facilities. Every year, more than 40,000 women die of breast cancer because they cannot even dream of affording the cost of treatment for this disease. More than 200,000 people die every year in road accidents because of the lack of public healthcare facilities. All this happens in a country where working masses bear one of the highest indirect tax burdens on their shoulders and around 75 percent of the annual federal budget is spent on debt servicing and military.

Pakistan’s meagre public healthcare facilities have been a shambles for years due to the lack of government funding, but under the recent IMF loan programme the government is trying to privatise even these dismal services for the poor. One of the basic motives lying behind this privatisation drive, on the part of the IMF and the government, is to reduce state expenditure for achieving so-called fiscal consolidation. That simply means that the government should be able to pay back its debt and interest to international and domestic lenders, while crushing the working masses under its heel in this process. Secondly, its purpose is to open up a profitable avenue of investment for private capital. For the privatisation of public hospitals, the government has proposed a draconian law called the MTI act, which it has imposed upon the Punjab Province through an undemocratic governor ordinance. In the province of PashtunKhwa (KPK), this MTI act was already partially imposed in 2015 by the then-PTI provincial government. Now, in KPK too, it is to be fully implemented and extended to all the public hospitals through a newly proposed RDHA act.

According to these acts, the status of public hospitals will be changed from public welfare to corporate institutions, which will be responsible for generating their own finances through elimination of free healthcare services and utilising the services of private health insurance companies. For this purpose, all public hospitals will be outsourced to private healthcare companies and contractors. Furthermore, the government will also receive a share of profits generated by these outsourced hospitals. While on the one hand, these brutal measures of capitalist exploitation will deprive millions of poor people from access to basic healthcare (as they are totally dependent on these public hospitals, whatever their shortcomings may be), on the other, this privatisation will also cause financial ruin for thousands of junior doctors, nurses and hospital workers working in them. A great majority will simply lose their jobs. The rest will lose their permanent employee status, along with their pensions, and will be converted into contractual, temporary or daily waged employees. 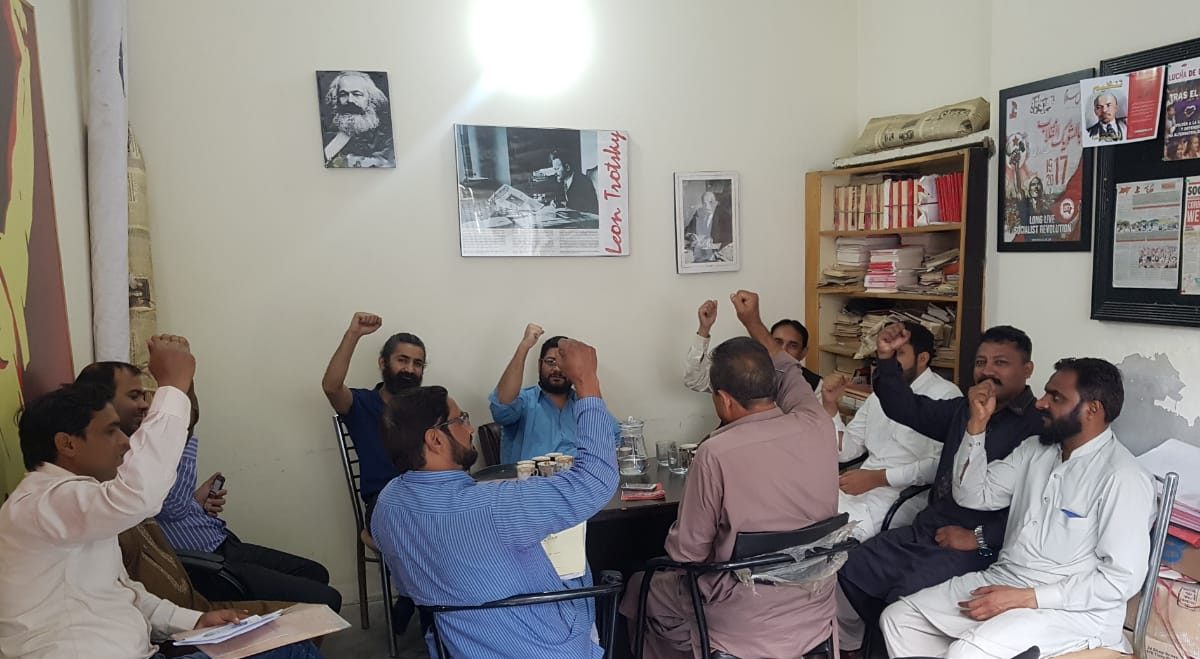 It is under these circumstances that a powerful anti-privatisation movement of public sector health workers has arisen in Punjab and KPK. All the associations and unions of junior doctors, nurses and health workers of these two provinces have joined to form the Grand Health Alliance (GHA) in order to effectively fight against this onslaught of privatisation. Starting from roadside protests, anti-privatisation conventions and mass awareness campaigns, the GHA of both provinces was compelled to go for a strike in outpatient departments, elective radiology and laboratory services because of the repressive acts of the government, in which some workers were brutally attacked by police in KPK. The strike has now entered its 32nd day in KPK and 19th day in Punjab, and is still going strong despite all the state repression, intimidation, arrests, job terminations and poisonous propaganda through state-influenced media. Besides observing the strike, there have been repeated huge protests across all the major cities of both provinces in the past three weeks, in which tens of thousands of health workers have regularly participated despite all the measures of the state. After failing in crushing the movement through repression, the government has now resorted to the age-old, dirty tactics of trying to break the unity of health workers, and deceiving the movement through sham talks - but the workers are conscious enough that, for now, all these manoeuvres have failed. 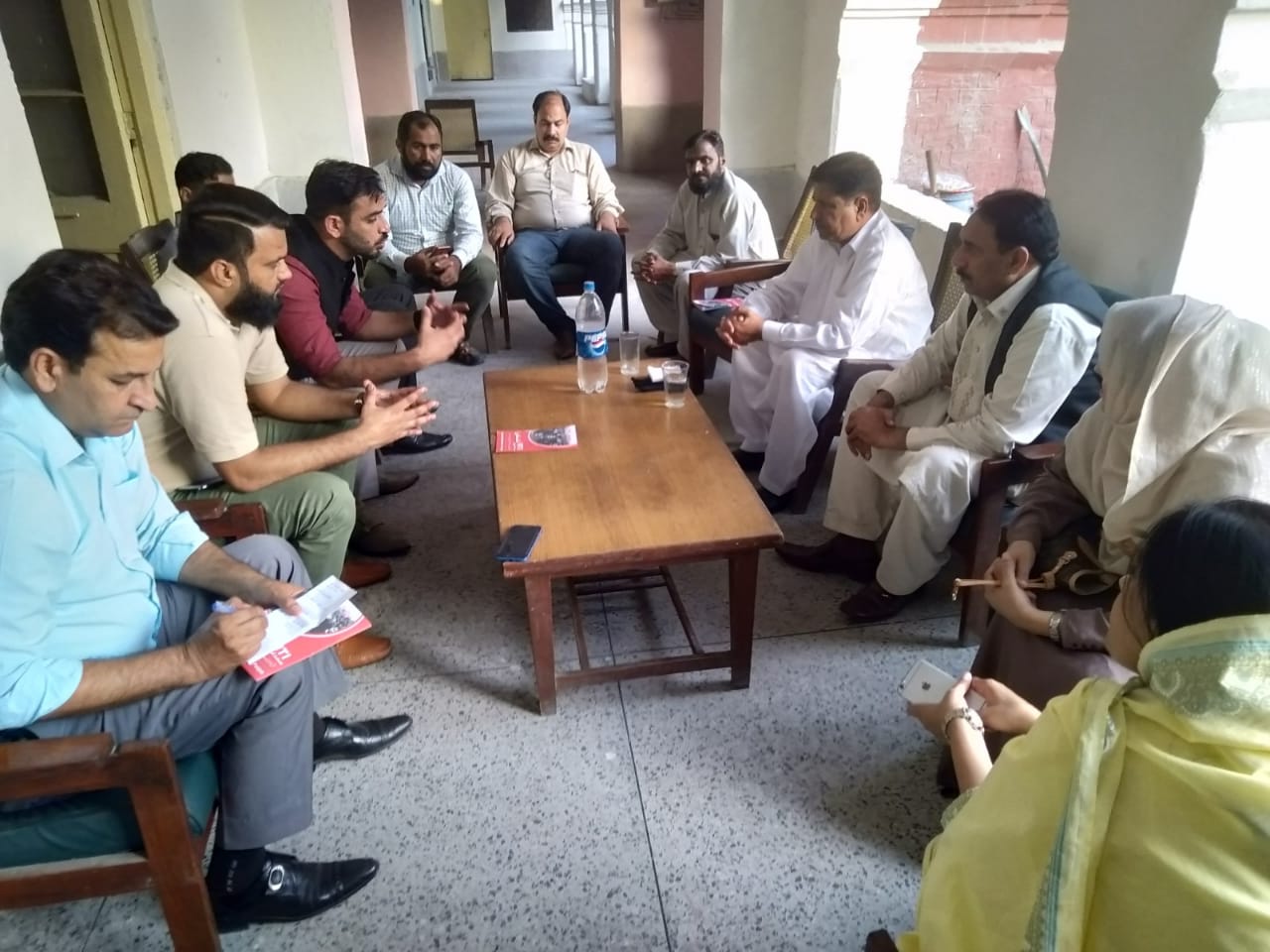 Red Workers Front has stood shoulder to shoulder with the health workers throughout the movement. In fact, the idea of forming a GHA was first floated by the RWF in various meetings. One representative of RWF is also a member of the core committee of GHA Punjab. RWF has also helped to prepare campaigns through leaflets, brochures and posters produced by GHA Punjab. A three-minute, animated video was also launched for a mass campaign last week, explaining the disastrous impacts of this privatisation. This video also got an overwhelming response, as did the other campaign material.

Red Workers Front has also been carrying out a mass campaign for a country-wide general strike among the advanced layers of the working class for the last two years. The anti-privatisation movement of health workers has raised the opportunity to discuss the idea of a general strike against privatisation, with thousands of health workers. In fact, this idea has got a tremendous response, and important steps are being taken in this direction.

RWF is also trying to build bridges between GHA and workers’ unions and associations of various other public sector departments and institutions, which are on the hit list of privatisation. Until now, successful solidarity meetings have been arranged between the leaderships of GHA and railway unions, electricity workers (WAPDA), the school teachers’ union, the college professors and lecturers’ association and clerical staff associations. More solidarity meetings are planned with other unions, especially with telecommunication workers (PTCL), the utility stores corporation union and public insurance (State Life) workers’ unions. 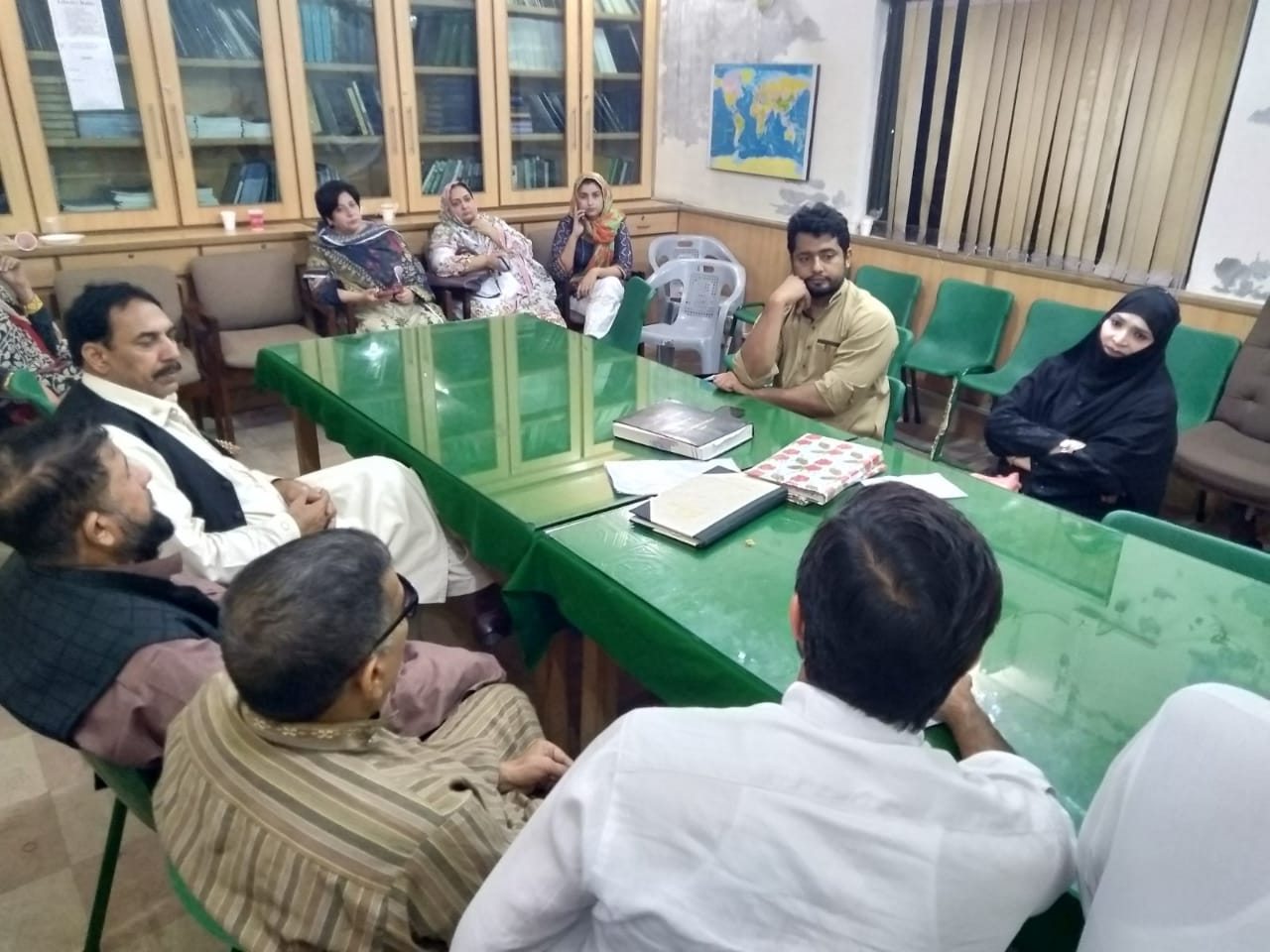 We also appeal to the workers of the world for their solidarity with this anti-privatisation struggle of health workers in Pakistan. United, we are sure of a glorious victory over capitalist and imperialist forces in Pakistan and elsewhere.