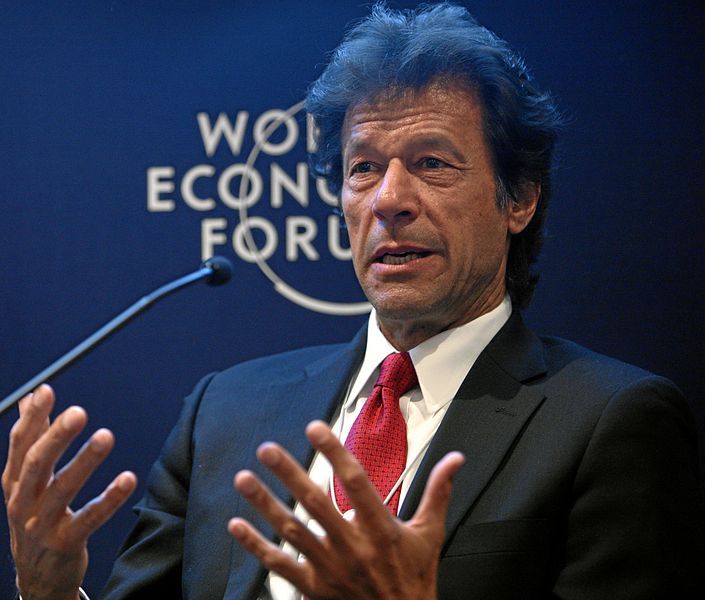 The campaign for the 2013 elections is perhaps the worst ever from the point of view of the oppressed classes of this country. There is hardly any party that addresses the most burning issue in society – the class contradiction and exploitation. Not even a single mainstream party claims to be a ‘party of the poor’.

The religious and the conservative right are in an overt aggressive stance against the so called secular and liberal parties with the Islamic fundamentalists chipping in with their reign of terror of bloodshed and killings, which is frighteningly frequent and lethal. In just three months from January to April, the country has witnessed an average of 600 monthly casualties.

The Jamaat a Islami chief, Munawar Hassan issued a stark warning at a recent public meeting held at the Mausoleum of Jinnah in Karachi that those calling themselves liberals should be declared as minorities. He was unambiguous about the aims of the Jamaat a Islami that every citizen of this theocratic state must forcibly abide by the laws and decrees of pre-medieval sharia in their social and personal lives.

The right-wing Muslim League (N) has strong religious overtones in its propaganda and covert links with the fundamentalist outfits. Although some of its leaders pretend to be ‘liberals’ their religious orthodoxy cannot be concealed with these pretentions.

The Pakistan Movement of Justice (PTI) led by Imran Khan has a soft spot for the Islamists in spite of the fact that it started as a liberal outfit mainly attracting middle class youth and fashionable upper and middle class women of the civil society. Ideologically and socially the PTI is an amalgamation of these contradictions which lays bare its temporary and fragile existence and unity.

The ANP is a mainly Pushtoon nationalist party that has travelled some distance from a left nationalist stance to lately aligning itself with US imperialism and hence is in a bloody conflict with the Taliban. Over the last five years more terrorist attacks have been carried out against its leaders and activists by these reactionary bigots.

The MQM [mainly based in Karachi], a communal and ethnic party based on the Urdu speaking immigrants from India after the bloody partition in 1947 has been in power for more than twenty years during military and civilian regimes. This organisation has neo-fascist tendencies and has dominated Karachi and urban Sindh through its armed wings, murder, intimidation and fear, playing a central role in the death of nearly 2,284 killed in violent target and bomb attacks in Karachi just in 2012. The MQM has lost its social base substantially but has tried to retain its hold through state power and armed gangs. However, MQM turf has in the recent period been challenged by the influx of the Taliban into Karachi who are also involved in extortion, kidnappings, and other criminal activities with almost identical mafia methods and networks. It claims to be a secular party and portrays itself as a victim rather than an aggressor in the present violence that has plagued Karachi since the 1980s.

The JUI, another sectarian religious party that has been dilly-dallying between Islamic obscurantism and US imperialism, has completely exposed itself by displaying open and excessive opportunist tendencies to obtain its share in the plunder through state power in the name of religion and democracy. Their elections rallies have also been attacked by the innumerable warring terrorist groups that have been in a consistent internecine war.

Then there are the dozens of independent candidates who will sell their souls to the highest bidder for the prize of their seats. The big business tycoons in the formal and the informal (black) economic sectors will rush to buy them for the parties who in power would facilitate their plunder and crime.

In reality all these liberal and religious right-wing parties represent the different sections of the ruling classes that are increasingly fighting in their pursuit for an even greater share in the diminishing wealth and resources. None of these parties claim to represent the working classes of this country, which have sunk into an even deeper abyss of misery, poverty and deprivation. 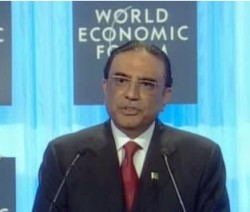 Asif Ali Zardari - also known as Mr. 10 Percent - was the husband of the previous PPP leader Benazir Buttho. He widely believed to have been behind her assasination in 2007 - Photo: World Economic ForumOn the other hand, under Zardari over the last five years, the PPP that has traditionally been perceived as the party of the working classes and poor has succeeded in what the ruling classes and the two military dictatorships failed to do. It has almost completely alienated itself from the working masses and in the process is on the brink of losing its traditional base. Its main campaign has been through advertisements in the electronic and printed media alongside right-wing parties worth billions of rupees dished out by the tycoons who use the PPP in power for their vested interests.

The PPP media campaign is out of touch with the miseries and sufferings of the oppressed classes that they are supposed to represent. It has nothing to show for itself during its last five years in office with the exception of some superficial issues or various constitutional amendments, the rise in the stock markets, charity programmes and other such measures that hardly matter to the masses. It has presided over a rapidly declining economy, worsening security, law and order, price hikes, rising unemployment, lack of education, and healthcare, etc.

The social and economic issues that are so vital for the toilers are gagged by the slogans of this sham democracy under which the masses have to suffer excruciatingly. They have unashamedly abandoned any pretences of being a party of the poor and working masses and have removed socialism from its manifesto and campaign.

This theme was clearly apparent in the awarding of party tickets and forging unholy alliances with the right-wing and conservative parties, while some of the former petit bourgeois left candidates have allied with the Jamaat a Islami and the terrorist outfits such as the Sipah a Sahaba. In a last desperate attempt to please their masters in the varying and warring factions of the ruling elite, a venomous campaign against the left in the party was conducted by refusing to award election tickets to those Marxists in the PPP who had stuck with the party’s founding socialist programme and had a very good chance of defeating the right-wing conservative outfits and winning those seats for the PPP.

Some of the most prominent examples are those of Ghufran Ahad’s candidature for NA35 Malakand, Riaz Lund for NA 257 Malir, Karachi and Ilyas Khan for NA 150, Multan. Ghufran had been the district mayor of Malakand who had stood up to the Taliban and the military aggression in 2009. He was in the forefront in setting up camps for the displaced ordinary people and has a huge support amongst the oppressed classes of the region. Riaz Lund had raised the PPP vote in this constituency from 17,000 in the 2002 elections to 47,000 when he stood in 2008. Ilyas Khan received 27,000 votes in the 1993 elections from the provincial seat in his home constituency and was a favourite to win the NA150 seat this time. There are several other such examples of fighting left militants that were punished by the clique that has been imposed on the party hierarchy at the present time. Asa consequence a revolt is brewing against the right-wing leadership of the PPP amongst the ranks and its social base in the working classes.

These elections are not going to change anything.  The social and economic crisis will worsen in the coming period escalating the misery and agony of the oppressed masses. When all paths are blocked then the opressed classes will have no option than to tread on the path of revolution.