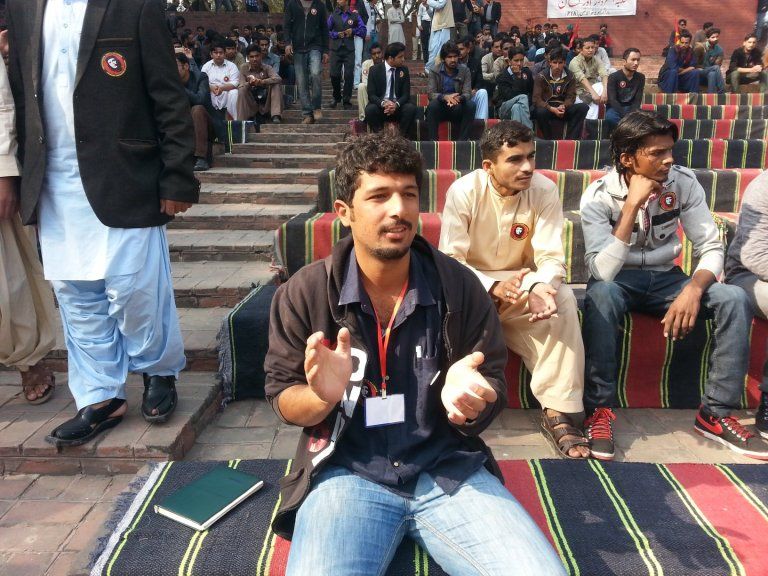 Today, the Additional Session judge in Multan rejected the bail application of Rawal Asad, though the written order will be given tomorrow. Rawal’s lawyer, Azhar Bukhari, presented a strong defence in front of the judge and argued that the case is fabricated from start to finish. He also cited precedent in many rulings of various courts in Pakistan over the past several decades, and pointed out that joining a protest is a basic democratic right of every citizen, as guaranteed by the constitution (for now).

All the lawyers in Multan are of the opinion that the court is totally biased in this case and is under influence of external forces, pressurising the judges.

Tomorrow, the detailed judgement will be released and the appeal will be filed in the High court. Though it seems unlikely that any relief is possible from corrupt, rotten and obsolete judiciary of this country.

Meanwhile, protests were held in Lahore and Faisalabad while more protests are planned in Multan, Bahawalpur and other cities in coming days. Students of the PYA are also being threatened directly by university administration and secret agencies to keep away from the campaign to release Rawal Asad. But against all the odds, the students are committed to carrying out this campaign until Rawal is released. 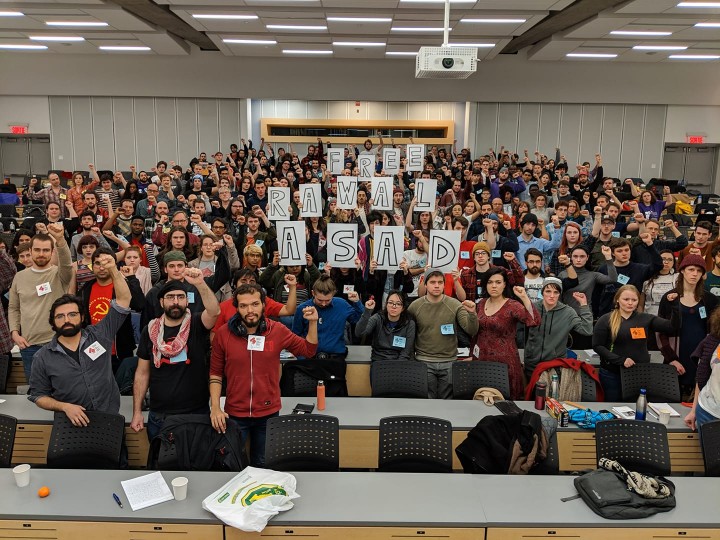 The railway labour union of Multan has also expressed solidarity with Rawal Asad and has demanded his immediate release. More trade unions and labour organisations are expressing solidarity and in the coming days this campaign will become bigger and bigger, involving more layers of the students and working class.

Meanwhile, internationally, a number of solidarity events have been organised in the US, Canada, Britain and Sweden, with more on the way. In Canada, at the Fightback Winter School 2019 in Montreal, students, workers and activists from different cities across the USA and Canada showed strong support and solidarity for Pakistani revolutionaries who are facing under the worst conditions under the present right wing-regime, enduring state persecution and brutality. 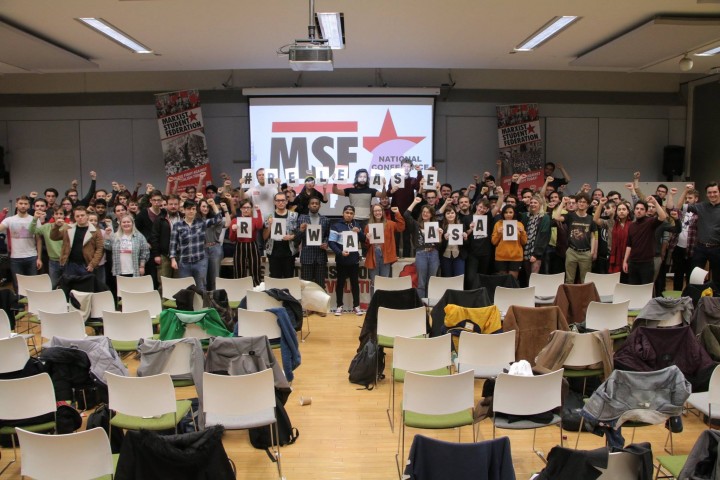 In Britain, a resolution was passed at the Marxist Student Federation Conference in London on Saturday 16 February 2018 showing support for Pakistani comrades and also demanding the release of Rawal Asad from police custody. The Marxist Student Federation further announced a protest in front of Pakistani High Commission London on Wednesday 20 February 2019 at 13:00. All students and workers are invited to join this protest to demand the release of Rawal Asad and stop the state victimising and arresting activists on sedition charges.

In Sweden, student and worker activists in Gothenburg as well as Umea sent solidarity messages to Pakistan. Other messages have also been received from individuals and groups in the US, Canda, Sweden and Russia. More events have been announced throughout the world.

We appeal to all of our readers to support the struggle for the release of Rawal Asad by following the suggestions outlined here, as well as to call the Pakistani Embassies and Consulates in your area to enquire about these proceedings, in addition to demanding his immediate release and the dropping of the charges against him.

Swedish comrades at the Pakistani embassy in Stockholm: