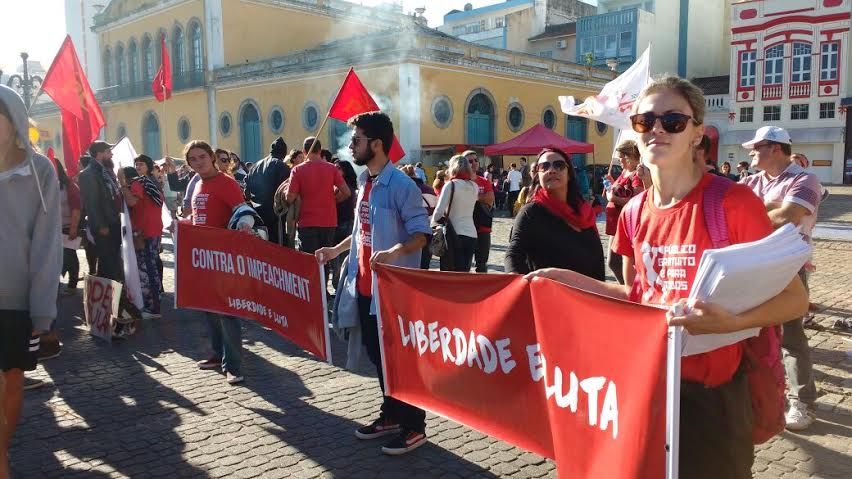 The 1st May in Brazil occurred in this year amid the deepening economic crisis and the political crisis in the country with the opening of impeachment of President Dilma Roussef, driven by the bourgeoisie to raise a government able to implement deeper the austerity measures demanded by capital.

The Marxist Left was on the streets in different cities of the country, participating in acts of May 1st called by the CUT (Central Unica dos Trabalhadores) and other social movements. Unlike the reformist leaderships, we participate positioning ourselves against the impeachment, but not in defense of the indefensible government Dilma, who, like Lula, also conducted attacks the rights and achievements of workers ahead of the federal government.

The leadership of the organizations of the working class (CUT, PT, MST, etc.) had declared that they would call on the 1st May a National Assembly of Workers. But the political cowardice made them abandon this line to adopt the convening of acts with musical shows, which had, throughout Brazil, reduced participation of young people and workers. The main act of the country, in the city of St. Paul, brought together more than 20,000 people throughout the day.

The Marxist Left had an important participation. They sold 152 copies of the newspaper Sickle & Hammer and 17 journals Socialist America. Participation took place in conjunction with the Freedom and Struggle, revolutionary organization of youth founded in January this year. More than 10,000 leaflets were distributed explaining the situation and putting the slogans against the impeachment, against the tax adjustment, for a Constituent National People's Assembly, for a Government Workers. 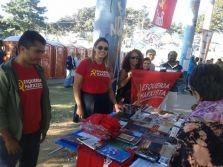 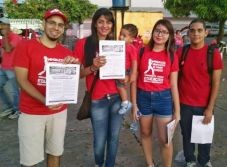 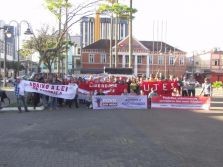 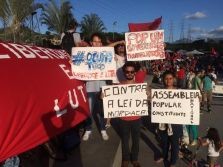 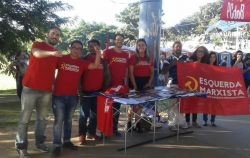