Brazil
Share
Tweet
After his successful trip to Venezuela, the editor of Marxist.com, Alan Woods, accepted an invitation to speak at an important conference of workers in occupied factories from all over Latin America. The conference is taking place this weekend in the industrial city of Joinville in the south of Brazil. It is being organized by CIPLA, an occupied plastics factory in Joinville.

The CIPLA plant, which now employs about 900 workers, was occupied by the workers in October 2002. It is now run under workers' control on model lines, with full democracy and active participation of the whole workforce. The works committee is elected by the workers' assembly, which is the sovereign body. 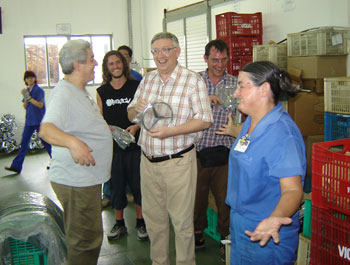 As soon as one enters the plant it is clear that it is being well run, with exemplary order, cleanliness and discipline. The workers feel proud of their factory, which they rightly feel is theirs. Production has restarted and areas of the factory that were run down or derelict under the old management have been reopened, cleaned and painted. Old machinery, which the bosses said could never be repaired, have been fixed by the workers, making use of their considerable skills, years of experience and creativity.

Despite all the obvious difficulties, they have managed to produce and sell their products and pay for wages and raw materials. But they have refused to pay taxes, arguing that the priority is to pay the workers and keep the plant running. They have also taken steps to improve the conditions of the workers. Serge Goulart, the main leader of the CIPLA workers, told me: "It is essential that the workers see an improvement in their conditions." And this has been done in a remarkable way.

The factory contains every kind of convenience for the workers, so that factory life is the life of civilized men and women, not wage slaves. There is an excellent canteen, with home made food of high quality, a well-equipped medical centre, complete with physiotherapy, acupuncture and massage, a theatre with cinema facilities, meeting rooms where regular lectures are organized. 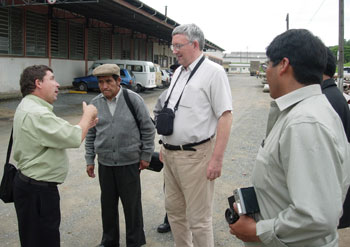 Before the occupation there were hundreds of accidents every year, some of them serious, involving the loss of fingers and limbs. Injured workers were soon dismissed and left to fend for themselves. Now there are strict health and safety regulations, under the control f the workers. This has cut the number of accidents to a minimal figure - not more than five were reported last year, and none of them serious.

Most important of all, the workers of CIPLA are now being asked to approve a proposal to reduce the working week to 30 hours without loss of pay. This revolutionary measure will be an example to every worker in Brazil, where the average working week is 44 hours. It has already provoked the fury of the employers, who are terrified of the effect this will have on their own workers, and also on the right wing trade union leaders, who are even more terrified than the bosses, since this step will expose them in the eyes of their own members who will want to know why such a measure is possible in CIPLA and not anywhere else.