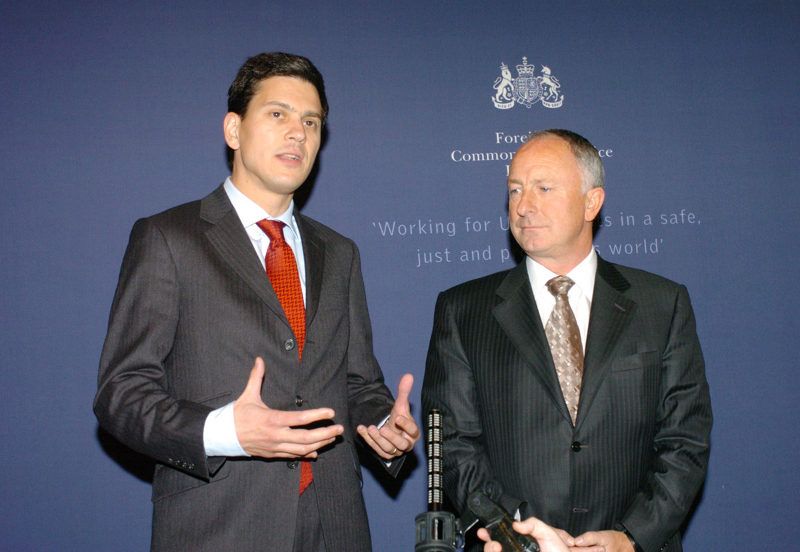 There is a lot of talk about normalising the statelet in the North of Ireland. But what has been “normal” here for the past century has been precisely civil unrest, sectarian violence and armed resistance to British rule. The way out of this impasse is to be found in directing discontent towards the road of class struggle.

"But Northern Ireland sees a terrorist incident, a bombing or a shooting, twice week, double the rate of a year ago. Someone is charged with terrorism every six days. Each time, local leaders are summoned to plead for calm. Each outrage is dismissed as the work of criminal dissidents and described as "a matter for the police". Nothing must disrupt the narrative of normalcy." (The Guardian, 24/02/10)

It is now clear that while most Republicans are now advocating only democratic means for pursuing their goal of some form of united Ireland and the ending of British interference in Irish affairs, other Republicans have totally committed themselves to advancing their ideals through armed struggle. The Minister of Justice in the Republic, Dermot Ahern has claimed that the Real IRA and Continuity IRA have successfully pooled their resources and that the threat posed by their co-operation is now as serious as that from any group during the height of the “Troubles.”

Incidents of violence have increased in recent days. 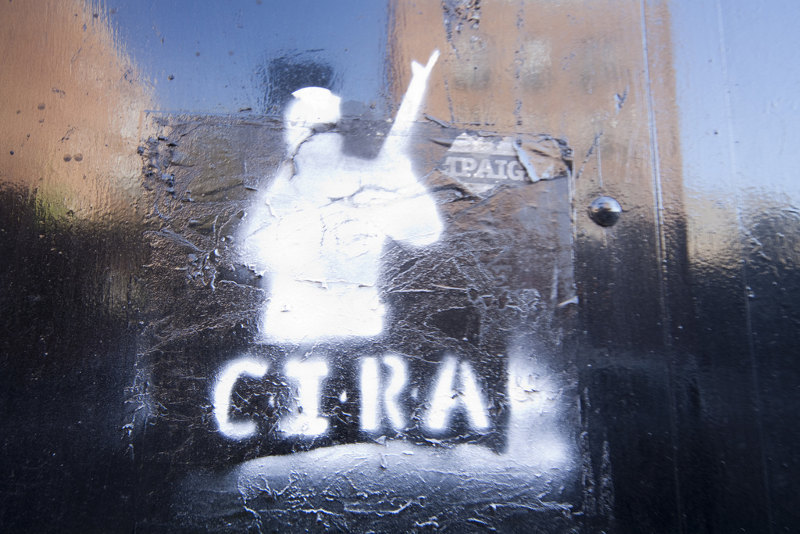 The normalcy in the North of Ireland is civil unrest, sectarian violence and armed resistance. Photo by Informatique But the question must be asked what is normalcy? There have been long periods of relative peace on the isle of Ireland. Unfortunately none of those periods coincided with the past 100 years. Indeed it would be more true to say that the normalcy was always civil unrest, sectarian violence and armed resistance to British rule. Indeed those Republicans now committed to the armed struggle can legitimately claim to be following in a tradition of resistance that ultimately forced Britain out of the 26 counties.

The Irish state pays homage to those who initiated that struggle and no doubt in 6 years on the 100th Anniversary of the 1916 Uprising will salute the armed struggle of 100 years ago while heaping condemnation on those who today carry on that struggle. History and tradition run deep in the folk memory of both nationalists and unionists on the island. To put it bluntly Unionists have 1690, King Billy, Orange marches and sectarianism, while nationalists have 1916, the IRA, the tricolour and the four green fields to dream about. Neither dreams nor marches fill stomachs or feed the kids.

Most states have major problems. Ireland/N. Ireland is not unique in the world. Unrest within states and between states occurs all over the world. Sectarian violence in a massive scale has occurred in recent years in India, Sri Lanka, Iraq, Israel /Palestine, and in parts of China.

Needless to say sectarianism is never in the interests of either the working classes or progressive movements. In the six counties some towns are bitterly divided. Lurgan has an almost visible line that divides catholic from protestant areas. Sectarian hatred has reached new heights in North Antrim and Coleraine where it is dangerous to be a young working class Catholic. Sectarian acts and attitudes breed sectarian responses and sectarianism is not confined to any one grouping.

West Belfast for example has a huge nationalist population with very few interfaces. It is comparatively easy to be non-sectarian there. It can be very different in areas like North Belfast or the Short Strand area of East Belfast where conditions are very different. Areas with many flash points are of course overwhelmingly working class and that is where sectarianism can build its strongest roots.

Let us face reality. Sectarianism is the norm in the North of Ireland. It permeates almost all strands of society. It is now institutionalised in the very structures of the administration based in Stormont. Claiming to be non-sectarian whilst doing nothing to undermine sectarianism has been the prerogative of the middle and upper classes. (Not that that prevented the outpouring of sectarianism in the Golf clubs at the 19th hole!)

Those who make efforts to cross the sectarian divide and reach out to others of differing traditions are acting in the progressive traditions of Wolfe Tone Republicanism and are to be applauded no matter what tradition of Republicanism they come from. People need to be judged on what they do not on what they were once. The jeering of Republicans because they may once have been “stick” “provos” “erps” or “coca colas” is juvenile and indicative of a mindset stuck in the past.

Those Republicans committed to the political road (as opposed to the armed road) have made the correct choice. But the way ahead will not be easy. The power sharing administration at Stormont is still in the process of bedding down and still has the support of the majority of people within the northern statelet. Persuading them of a different way will be immensely difficult and will be in the long term.

More urgently will be the task of reaching out now to the disaffected youth within the nationalist population who with no experience of the “troubles” may think it is a fine, noble and glorious thing to take up arms against the “British” presence. With rising unemployment, and decreased job opportunities for graduates the opportunity to channel that disaffection exists for those opposed to the status quo.

Northern Ireland is not nor ever will be a “normal” society. Consequently there will always be those who under the pressures of sectarianism and state oppression opt for the gun as the way forward. That is the wrong road. It is not only the road to prison, to death, to disillusionment and alienation; it is also the road to defeat.

It is imperative that the youth are channelled away from the dead end (in both the literal and figurative sense) of armed struggle and instead are directed towards the road of class struggle. Those Republicans committed to that will have the full support of the Red Plough.