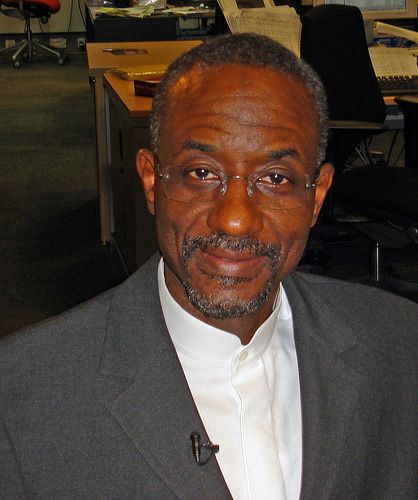 After the blow to the Nigerian economy by the sharp fall in the price of oil, due to falling demand on a global scale, now that there are signs of recovery in the advanced capitalist economies, the price of oil has been rising for some time, although not reaching anywhere near the peak of over US$140 per barrel. Thus, Nigeria is also set to grow, but all this hides the real underlying weaknesses of the Nigerian economy.

The Nigerian economy is expected to grow by seven per cent in 2010, the Governor of Central Bank of Nigeria, Mr. Lamido Sanusi has said. Sanusi, who spoke in Abuja after the Federal Executive meeting on Wednesday 13th January, 2010, said despite serious challenges faced in 2009, the country’s Gross Domestic Product, grew by 6.9 per cent. He explained that agriculture and oil and gas sectors accounted for most of the growth, while the manufacturing sector did not perform at all.

The financial sector is presently in crisis, with close to 10,000 bank workers already sacked and many more to go in the coming period. Almost all the banks declared losses in the last quarter of 2009. Credit from banks has ceased and more than 10 out of the 25 banks are considered bankrupt and are in need of buyers. The government has already injected over 1.2 trillion Naira to bail out the banks, and yet the situation remains very unstable.

If such a situation had developed in an advanced capitalist economy, the whole economy would have entered into recession, but in Nigeria the economy still continues to grow. This can be explained largely because the financial sector remains underdeveloped relative to the size of the economy. For example, South Africa's largest bank, Standard Bank Group, in 2004 had about the same capital base and three times the combined assets of all the current 25 banks in Nigeria. Mortgage loans represent less than one percent of GDP in Nigeria compared to 20 percent in South Africa. (Soludo, 2006b). In 2006, credit to the private sector from the banking sector was 23 percent of GDP in Nigeria, compared to 14 percent in 2004, but still much lower than the 80 percent in South Africa. Only one in ten Nigerians had a formal bank account, compared to nearly five out of ten South Africans.

This gives us an idea of how underdeveloped the Nigerian economy is. The real estate sector has lost 30% of its value since the third quarter of 2009 and still continues to decline. The insurance sector is seriously under fire and already begging government for bail-out funds.

Another striking feature of Nigeria's economy is that it remains largely informal, with a significant share of transactions in the economy unreported. At 69 percent of GNP, the country's informal economy is estimated to be one of the ten highest in the world, along with such countries as Georgia, Bolivia, Tanzania, Peru, and Azerbaijan. As a ratio of GNP, the informal economy in Nigeria is six times higher than that of the United States (8.8).

Therefore, rather than rejoicing over the resilience of the Nigerian economy in the face of a near collapse of the financial sector, it signifies an extremely weak and unstable economy. The bold prediction of the Central Bank Governor is wholly resting on wishful thinking that the price of oil will continue to rise.

Why has the oil price recovered from the previous 2008 collapse? The unprecedented cold winter in the west, continuing Chinese economic growth and very low stocks of oil reserves in advance capitalist countries, and the beginnings of an upturn after the recession in the advanced capitalist countries, have all combined to push up the price of oil. But the following questions arise: for how long will the winter continue to be this harsh? How much longer can the Chinese economy continue to grow? It is mainly in the answers to these questions that the future of the Nigerian economic miracle lies.

The present “recovery” of the economy in the advanced capitalist countries is no surprise to Marxists. Capitalism moves through cycles of growth and recession. However, the way in which the advanced capitalist countries “saved” their banking system – i.e. with huge handouts that have enormously increased public debt – means that in the coming years government policy will be dominated by the urgent need to cut the debt and therefore public spending will be slashed and taxes will be increased. This will means sluggish growth and therefore will have a knock on effect also on weak economies like that of Nigeria.